What is the term for a numeric input field of a specific format?

There are new HTML5 input types being defined for commonly used numeric input types such as date, time, telephone number, etc. These terms refer to a specific input format based on the type of numeric data that needs to be captured and displayed.

I was wondering if there is a more generic term used for numeric input that is required in a specific format (but not any particular format), since the term 'specific format numeric input' is probably not commonly used. This would indicate that the input field is not a free text input that is then validated, but the format of the input itself would create some constraints in the type of numeric data that can be entered. An example of this would be credit card details with digits separated the same way as it is displayed on the credit card.

The only thing that comes to mind is a 'fixed' or 'formatted' numeric input field. Any other suggestions? 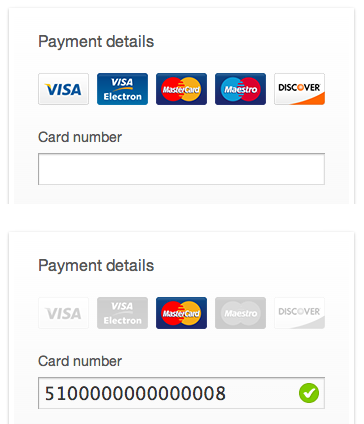 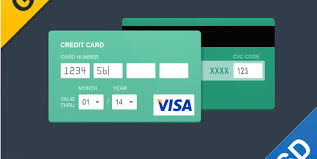 This should not be a 'technical' sounding term since it is also intended for UX specification for designers and other UX people, so I prefer not to use a developer term but something everyone can understand. Also, the term should reflect the fact that it is not a free text looking field, but something that already indicates to the user that it has a specific input format.

The term used for these format-constrained inputs is masked inputs or mask input.

Here is a demo which includes a broad range of masks (date, time, phone number, etc). If you Google 'masked input' you will find plenty more examples.

And a screenshot for posterity in case the link dies in the future.

It isn't a particularly descriptive term for lay users (e.g. your marketing team). For that kind audience, I describe them as 'formatted inputs' or 'formatted number inputs', but then introduce the term 'masked input' so they know how to use it in the future.

For extra geek credit, the term is an evolution of an approach used in data entry in the early days of programming to ensure correct input. See:

These are units or formats you are talking about. For example a date is a numeric format that consists of three units: years months and days. It will depend on the context which term to use actually.

Since the question got edited it is now clear that it is about inputs that guide users to a valid format. In that case guided/guiding inputs could be an option.

If thats not the appropriate term to use, how about strict inputs, since it is a strict format to follow. Or you might prefer to talk about a precise format and precise inputs but as I said, it all depends on the context.

I don’t think i can come-up with a better suggestion than the one you mentioned "formatted' numeric input field" Its the best possible outcome and I don't think you should worry too much because its long, though you can make adjustments when this is included in documentation. For example:

The most important thing is that its understandable and clear and given that it needs to go into documentation for an audience that might not be well versed in technical knowledge, the logic should be that descriptivness beats conciseness

If we look at this purely from labelling point of view then your suggestion is the least ambiguous and most descriptive of all alternatives I have seen so far and would be the most useful for a larger audience.

If you are to ask as many people in your target audience to define this element than I am sure that the majority will use “input field ” or “input box” its a hypothesis but could be easily tested:)

The term “Input Field” will work well as opposed to "Input Type" or "Input Element" these being more ambiguous and could trigger further inquires when used in design documentation. Also the term "Input Field" focuses on a unique element with a descriptor "field" as opposed to using input or inputs only, which could be confused with other form controls.

The term "formatted" is both descriptive, unambiguous and its meaning is widely understood which will help convey how the input field works as opposed to “fixed” which is very restrictive and unfamiliar and could lead readers to question it further.

In addition,the term "formatted" denotes the act of arranging or put into a format regardless of how this is done which in my opinion describes: What the field is rather than how it works.

You don't like the term type so how about structured or structured input.

Formatted is not a good as a date has many formats.

The type is more than just a format. It can dictate a behavior.
This link covers it much better than I can HTML5 input types.
I know that link is techy and this is a UX site but behaviors are part of UX.

I don't know why you are arguing with a masked input as if you want to restrict to a specific input format that is exactly what a mask does.

To call date a "format" is an over simplification. Not all months have the same number of days.

Beyond a mask is validated input. For example not all credit card numbers of 16 digits are valid. There is checksum type validation. Then there is a name matches the number validation.

I see it as a Subset of a Numeric Input.

Not the answer you're looking for? Browse other questions tagged interface terminology input-fields input numbers or ask your own question.

31
Friendly format for phone numbers
1
How do you recommend to design the interface to type a list of IPs and ports?

19
Credit Card input format
6
Automatically limiting or correcting numeric input field values
8
Numeric data input in a web based scientific software
28
Is constantly updating the formatting of a numeric input box a good idea?
0
Numeric input - alternatives to slider / text field for mobile game?
0
How can I tell whether to use input masking or magic inputs which accept any format?
3
Are numeric "steppers" or "spinners" on text fields simply bad UX?
2
Input fields - Is <input type phone> more user friendly for credit cards than <input type number>?
7
When should the error state on an input field disappear?