I'm looking for some statistics about how people use their tablets when they play a game. We're talking about complicated one with multiple interactions like strategic style.

Do they hold the device in both hand and use thumbs (even if you have to reach the middle of the screen) ? Do they place it on a table/knees and use fingers ? etc...

I've strated to read some research (google, institutes and so on) but nothing conclusive about this specific case. Can you help me ?

I haven’t seen any stats on the issue but I have a suggestion that might help narrow things down to allow you to conduct testing:

Start by aggregating controls into logical entities and prioritise them inline of how you think the game should be played.

Test and refine design and layout:

Test and refine to distil which controls will be most used and bring them closer user action points: 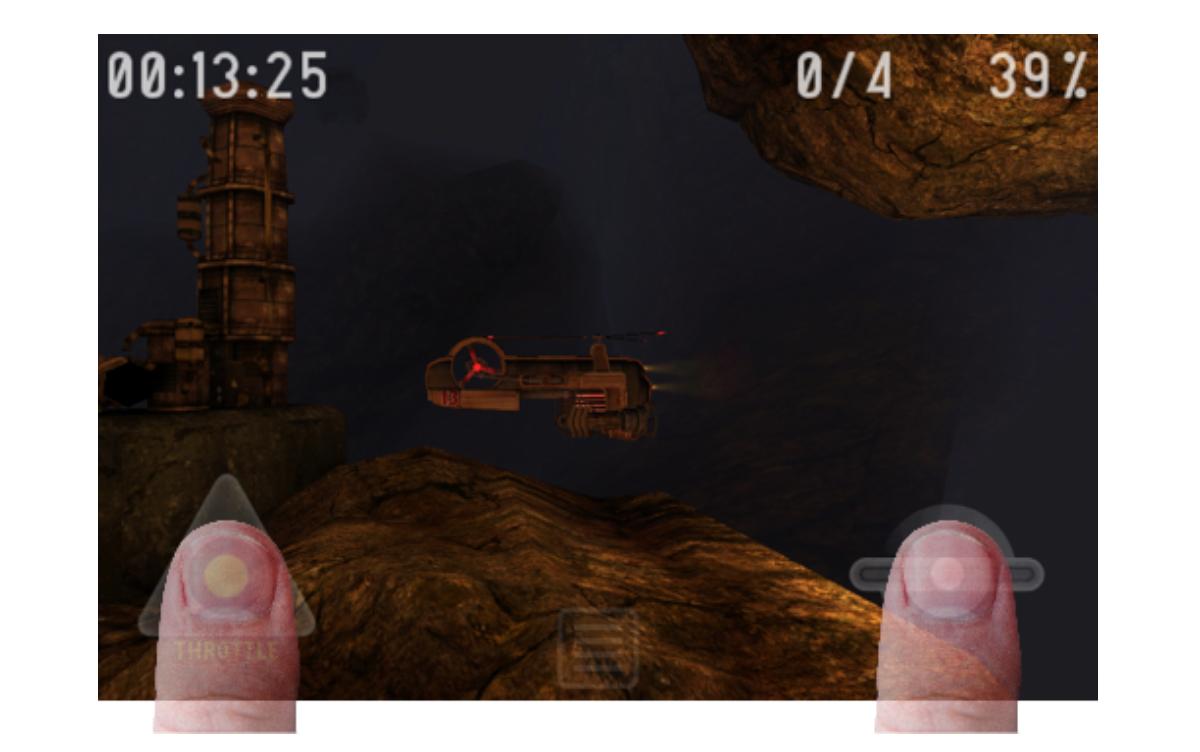 The above clearly suggests that game applications need to optimise their design for thumbs rather than indexes. The rationale being that the use of a smaller hit/touch area (index) requires more accuracy and is associated with more effort, while catering for larger hit/touch area (thumbs) requires less effort from the player.

In line with above, touch surface dedicated to game controls "especially for most frequently used ones" need to align with average width of the index finger and thumb and game controls laid-out accordingly.

An MIT Touch Lab study of Human Fingertips to investigate the Mechanics of Tactile Sense found that the average width of the index finger is 1.6 to 2 cm (16 – 20 mm) for most adults. This converts to 45 – 57 pixels, which is wider than what most mobile guidelines suggest.

The best user experience should be tested by potential users.

If you find that the best experience is to play the game with the tablet on a table, then you should inform your users of this at the start of the game. It would be nice to still offer the ability to switch the controls and maybe warn the user again that for the best experience, switch to tabletop mode or whatever.

I don't know of any research I can point you to but personally, I prefer to have flexibility with regards to how I use/engage the technology while understanding the consequences of my decisions.

Not the answer you're looking for? Browse other questions tagged user-behavior tablet games or ask your own question.