I have the following requirement for an iOS 8 app:

iOS's typical navigation with the back button is fine for first level of navigation, but I need the list of sub-groups and the content of a sub-group once selected to be right there in the group's view with the group's header visible, so the user doesn't lose context of the group and also so that selecting a sub-group and switching sub-groups are a maximum of 2 taps away.

How would you design this in a simple intuitive fashion (cues from material design or any other design paradigms are great as well!)? Help is much appreciated!

Edit: I also need to put in controls for adding/editing sub-groups, but they don't need to front and center; they could be stashed away a couple or so taps away, as long as the segue seems intuitive enough.

A material design plus icon can store all additional functionality like editing, exporting etc, or if there's only editing, use the edit icon in the same place for editing the group description, image, list of sub-groups. 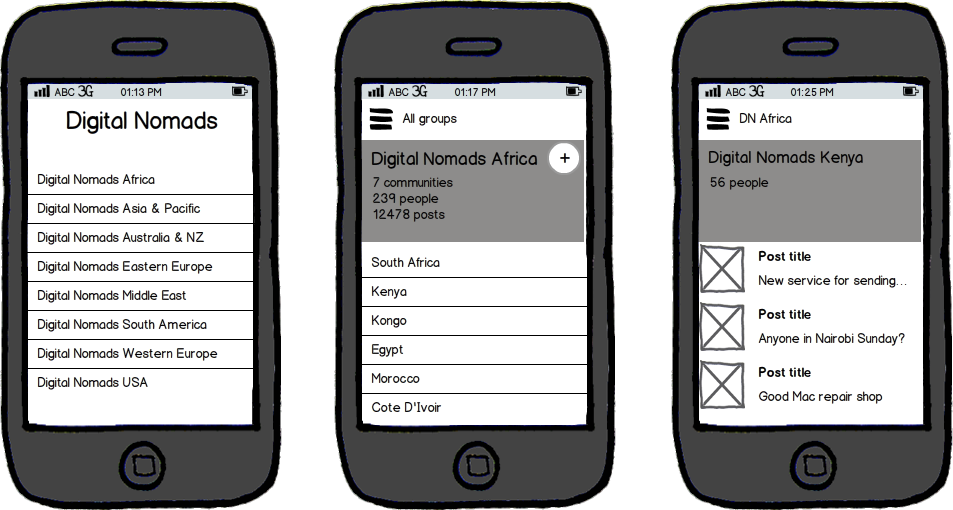 You really need to streamline your architecture for mobile. What works on desktop does not necessarily work on mobile. Find your key features, call to actions and group content into categories that only mobile users will need. That should reduce your complexity and make the app more streamlined to key activities.

Not the answer you're looking for? Browse other questions tagged navigation ios hierarchy material-design or ask your own question.

5
On Android, how do you design a very shallow navigation?
4
How to deal with multilevel menus
10
What is the standard on always showing/not-showing second level navigation?
2
Use of tab bar and navigation bar in iPhone app
0
Three level hierarchical data - How best to structure hop navigation at any level when wizard is stepping at the second last level
2
How to show an item's context in a hierarchy
16
Modern Alternative to Tree View for Hierarchical Data
6
Auto-collapse subitems when using drag and drop for large hierarchical lists?
0
Effectively displaying complex “expanded/extra” information in a list
0
Navigation to and from non-menu pages