How do I write a user testing recruitment screener question to determine a candidate's areas of interest / hobbies?

I'm looking for user testers interested in geography, urban studies and digital storytelling. How do I suss this out? A yes/no question would be too leading, and an open ended question: "What are you interested in" seems unfocused. I'm leaning toward a multiple choice question with a lot of choices.

The site User Testing has an article talking about Recruiting Your Target Audience for UX Testing with Screener Questions. Within the introduction they point out:

If you’re in one of those circumstances, and you’re testing remotely, then you need to use screener questions—multiple-choice questions that can either eliminate users from taking part in your study or give them access to it.

The last point gets directly at your concern about leading questions. Asking "are you a fan of Geography" will tempt people to answer in a way they think you want them to answer.

In generating a set of questions to get at the individuals hobbies, consider a series of questions that work of the previous responses. From the article above, they use the example of finding someone's job as a message therapist:

Obviously, massage therapy is a very specific profession, and it would be hard to come up with an exhaustive list of options inside of one screener question. But you also want to avoid asking a yes/no question, so you might start by listing broader professional categories, including Health (which would encompass massage therapy), and then in a follow-up screener, have users indicate the role they occupy within the Health industry. An example is below: 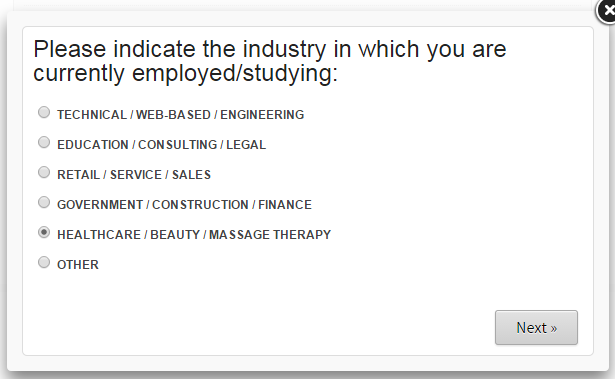 Which you can then lead into a secondary more specific question: 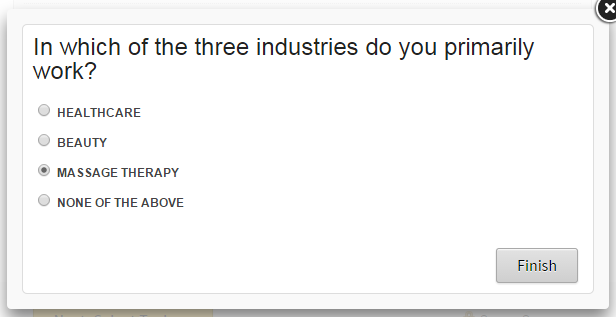 In your case, perhaps an initial question with something to the effect of:

Which you can drive into more detail on under the "Science" category:

If possible, don't think of a screening survey as a single piece of paper. If you can make it dynamic you can ask more-and-more specific questions along certain chains that avoid individuals simply answering a (potentially leading) yes/no question. If the answer "incorrectly" for this screener, maybe you found a good candidate for your next project!

Not the answer you're looking for? Browse other questions tagged usability-testing recruitment or ask your own question.