Where is the best place to ask the user their ethnicity?

I'm building an enterprise mobile application for health and medical purposes, and due to the data driven nature of the app we ask users to enter their ethnicity. It's entirely optional but it allows us to better tune our analysis which translates to better results for them. I was thinking about asking on the signup page, but perhaps this is not the right place to ask.

What is the standard list and selection method? Should it be single or multi-select? Is there a standard comprehensive list of ethnicities that includes everyone? I've looked at various other websites but either this field isn't present or where it is the list is different.

Where is the best place to ask the user their ethnicity?

Honestly -- in the doctors office.

Unless the benefit to the user is clear then don't ask for it. You wanting to keep track for your own records isn't clear benefit to the user. If it turns out that a user sees value in telling you their ethnicity (like in a doctor's office due to ethnic related risk factors) then it probably doesn't matter when you ask.

As far as registration goes, I like to keep these forms to the bare minimum. Name, Email and Password. Each additional request for information is one more barrier to entry.

If you must collect ethnicity then you are right about asking for it later and not when signing up.

Update: Is it legitimate to ask for ethnicity or Race?

As all UX answers go: It depends, but there are at least two main areas where asking for ethnicity is absolutely fine:

Registration/ Onboarding is only one part of the equation

High Assurance Software that deals with critical infrastructure such as aviation, banking, and in your case Medicine etc. requires more emphasis on information provided to users, so "help and support" information needs to permeate all levels and pave the way for any sensitive data capture. Filling the registration form and capturing the information is then just a piece of the puzzle.

Check for compliance and official guidance

Because High Assurance software deals with sensitive information it is generaly highly regulated! There will be someone within your company (normally) that will deal specifically with these type of issues and will be able to advise more appropriately on capturing and storing sensitive data such as ethnicity, race or gender.

As an example of such official documentation in the US (dates back to 2005) :

Guidance for Industry : Collection of Race and Ethnicity Data in Clinical Trials

For the UK you might find this guide from the office of national statistics helpful:

The guidance highlights how to to ask questions on ethnic group and how to present data for example: the formulation of the question would be “What is your ethnic group?”

Structure your form with context in mind

Aggregate questions that you need to ask by topic within the form so when you do ask for ethnicity you are providing sufficient context and the user will intuitively understand why he was prompted to provide this information. I would also have a dedicated link to the privacy policy (if relevant)

One of the comments suggests asking for ethnicity when relevant! This approach is absolutely sound and will avoid alienating users or hurting their sensitivity unnecessarily.

Do bear in mind that this could be a major undertaking depending on your existing Content Management System or business rules engine. So have chat with your backend developpers to gauge if this is possible.

Ethnicity is not always defined formally, and attempts to define formal ethnicities are often lacking. For example, the Lao government has categorized the entire population into 49 official major ethnicities in 160 ethnic groups, and yet there are many who feel that their identity has been neglected.

UPDATE: Perhaps it is possible to extract the ethnicities that are of interest for a medical diagnosis and only list those. Listing all 160 Lao ethnic groups will most likely be very irrelevant in this context.

Ethnicity can be a very sensitive issue

Asking for ethnicity in Sweden, for example, might trigger a warning signal about racist intents.

UPDATE: Explain clearly why you're asking.

Ethnicity has no strict borders (necessarily)

Unlike countries, the outer borders of an ethnicity can often be fuzzy. Which group/groups an individual belongs to is not always clear from the individuals and/or the groups perspective. The mere question can feel excluding if you don't have a group that you strongly identify with, even if it was possible to create a complete list.

UPDATE: You are most likely interested only in the biological heritage, not a feeling of social belonging. Make sure to explain this to the user.

Where (and if) you ask depends on why you ask

You need to clearly define your purpose for asking for ethnicity and design from there. If you are designing a BMI calculator for example, find out which ethnic groups of people might be relevant to your calculations and ask specifically for those (and make it clear why you are asking). If, on the other hand, you need to know people's customs, holidays, cuisine, etc., you're probably better off asking specifically for those.

Don't ask them their ethnicity on the signup page!

You can remind them later that various aspects of their profile are incomplete (not just their ethnicity). But if they complete everything except the ethnicity - they're doing it on principle, so stop reminding! If the incomplete sections are in a different colour there would be no need to remind though.

You should obviously say something like "This information is optional and used for medical purposes only. Some medical conditions are more common in certain ethnic groups" (With the space on a mobile screen this may have to be a "Why?" that expands when clicked.)

I would be inclined to gather other genetic information (such as blood group) in the same section to help underline that it is for medical purposes.

I would go for an initially blank list with multi-select (because a 'mixed race' box doesn't tell you anything), but keep the list short as possible.

Other info relevant to genetics is family health history: what illnesses have family members suffered? Again this should be optional info, possibly in the same section, though perhaps not on the same page...

Some opinionated comments. And hopefully part of an answer.

I would use a drop-down list and not pre-fill it with anything. Don't accept an empty box, but provide a list choice which is "Prefer not to say" but phrased better. :)

Not pre-filling it makes the user at least think about it, so that you don't get the default answer all the time. Be sure to keep the list short, so that it isn't too much of an effort to answer this.

Most people don't worry about answering registration questions accurately. So unless ethnicity has some major effect on how your app operates, if the question takes too much effort you're likely to get a random click on the first few displayed choices.

Most answers here are "Please don't ask"-answers, so by now you know that inquiring about ethnicity is a very sensitive matter. I won't dig into this.

To my knowledge, there aren't any complete lists. The reason for this is obvious...ahem sensitive, remember? If you are willing to put some time into this, create your own list by doing some research. Definitely try to keep it short and generalized.

You really shouldn't ask questions like this when users are registering. Even if the field is optional, some people might get offended and will leave instantly.

When should you be asking for this info? If you're doing some calculations where knowing the ethnicity could improve your results. Or before you're sending their data to a doctor.

Well, I'd opt for something similar to what LinkedIn is using: 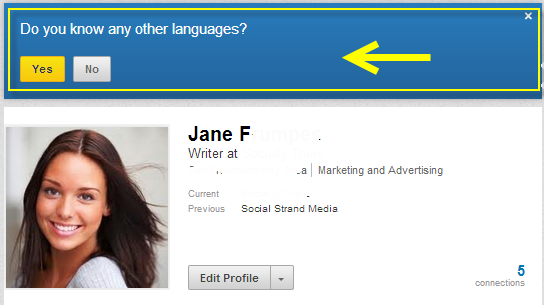 To improve your results, you can select your etnicity. Note: This info will only be used to improve our analysis and will not be disclosed to third parties.

Casting the controversy of "Whether you should ask" aside... to simply answer the question of how/where to position the question of ethnicity so that it does not remain unanswered:

A great place to look for references on what to include in the drop-down would be online job application forms, or to be more specific, online job forms hosted by large corporations/global companies. Smaller firms/start-ups do not place as big an emphasis on employee background in the early stage of screening process, while big companies do this for both research and legal reasons.

There is typically a section towards the end of the job application form asking for background info of an applicant, where ethnicity is in the form of a drop-down. This field is often marked as optional and offers a detailed explanation beforehand on why the question is being asked, the applicant is not obligated to answer, etc.

The Ethnicity drop-down on job applications is an ideal reference point as it is made to be short and precise, with no more than 5-6 choices (which still cover the key ethnic groups), and does not extend the sign-up process of your app to be noticeably longer.

While the accepted answer seems to be "don't ask" -- the researcher in me wants to improve the corpus of knowledge in the world.

If you were hypothetically providing a quality of service that would genuinely be improved be asking for this information, a way could be as follows:

Also this level of granularity, being more technical implies that it will be used for a technical purpose.

Moreover perhaps while someone is a/antipathetic to listing their race (eg. "don't label me [asian|black|white]"), they may feel a sentiment closer to cultural pride regarding their subrace. 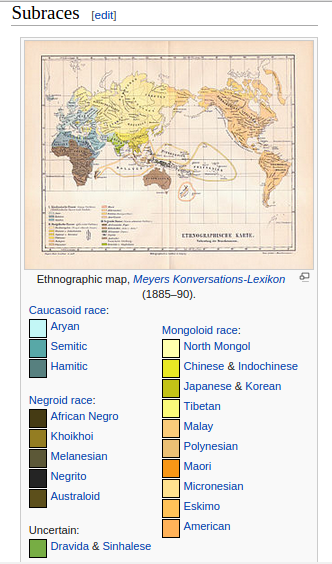 People are generally obsessed with themselves and may not even know what sub-race they are yet have a curiosity, so in that spirit provide the information.

Also the time to ask is not at signup -- that's asking too much for no return.

The time to as is the first time that the user makes a request to your system for what ever service you provide (diagnosis or whatever). This both:

Abiding by most of the above comments/answers on sensitivities let us say, we decide to ask and use it for only appropriate purposes.

Therefore if the question is how to frame the question, it goes like: write two things unique and great about your ethnicity

Of course I would mention that this is completely optional for the user to answer this and that puts the user at cognitive ease.

Not the answer you're looking for? Browse other questions tagged usability registration users standards ethics or ask your own question.

10
Is it user-friendly to ask the user their religion upon registration?
4
Best place to put registration fields?
2
When is the best time to ask a user to create a password?
2
Where should I place the “Actions” button?
4
ethics - Should a Mac app ask the user permission for gathering data about their hardware?
7
Should I ask the user to enter their age or their birthday?
5
Where to place controls in user account form?
1
Where to place the action buttons in a table which in horizontally long?
2
When to ask user for registration
2
User-friendly way to generate a URL from the user name?