Is a higher priority a smaller number?

If I tell you drinking coffee is "priority one" for me; I am reasonably sure you will assume that is it very important for me to drink coffee. But is it logical to think of a low number as a high priority; or is it simply a cultural bias?

The question occurred while considering a system that requires tasks where fine grained control is needed when adding new tasks. Here we express priority as a number, and things are not so "intuitive" anymore. When you say 'a higher number has a lower priority'; it sounds like an inverted way of thinking.

I would have liked to stick to some standard. But unable to find such a thing I looked around for examples. Thus, I came across MS-Project. Their choice seems to be more logical (albeit less "intuitive" to me): a higher number has a higher priority.

It is easy for me to imagine my tasking system will one day exchange tasks with MS-Project; so I am leaning towards picking the MS-Project way. And thus, adopting their's as a de facto standard.

I also have internationalization needs (like many of us). Am I making the right choice?

There seems to be no set universal standard, only standards within different regimes picking a standard of increasing or decreasing priority. That said, a lower number being the highest priority appears to be more common. For example, Listing priority number, within the United States Fish and Wildlife Service uses a lower number to denote a higher priority.

The RPN is not a measure of risk, but of risk priority . You would apply your limited resources to the most important problems. The RPN gives you a model to allocate these resources. Higher numbers are higher priority, so you should work on an RPN of 900, before you put resources on an RPN of 30.

Basically, when it comes down to it, there is no right or wrong answer. The choice is up to you - just ensure that you make it clear if you are using higher or lower numbers to denote higher priority.

One thing to note is that if you use the lower number being the highest priority, then you set an absolute limit, or ceiling, to the priority. If a new event/item comes along which over rules all prior events/items in the list, including those already at priority one then what do you do. Demote all events/items in the list? An ugly solution. So, it could be better to use a higher number denoting a higher priority. That way the list can always accommodate a new super high priority. That said, then very lower priority events/items may all end up getting bunched in the priority one category together, when some obviously will still have an intrinsically higher priority than others also at priority one. However, this is less of an issue, as they are all low priority and can be reprioritised at a later date.

I would answer your question with a big YES!

Let me back that up by showing you what the DEFCON alert state does, since that's about as important as it gets when it comes to priority.

The defense readiness condition (DEFCON) is an alert state used by the United States Armed Forces. The DEFCON system was developed by the Joint Chiefs of Staff (JCS) and unified and specified combatant commands. It prescribes five graduated levels of readiness (or states of alert) for the U.S. military, and increase in severity from DEFCON 5 (least severe) to DEFCON 1 (most severe) to match varying military situations.

Here are the 5 levels of DEFCON :

DEFCONs vary between many commands and have changed over time, and the United States Department of Defense uses exercise terms when referring to the DEFCONs. This is to preclude the possibility of confusing exercise commands with actual operational commands. On 12 January 1966, NORAD "proposed the adoption of the readiness conditions of the JCS system", and information about the levels was declassified in 2006:

The number 1 has the unique feature of being the closest whole number to zero.

Rating how important or critical something is should always put 1 first otherwise with only a single priority 8 item I'll have no way to know where it falls on the entire list of priorities.

If 1 doesn't represent the most important priority then there would be no zero reference point and no context to judge any other priority number. Would it be 5, 10, 100, 2 ? 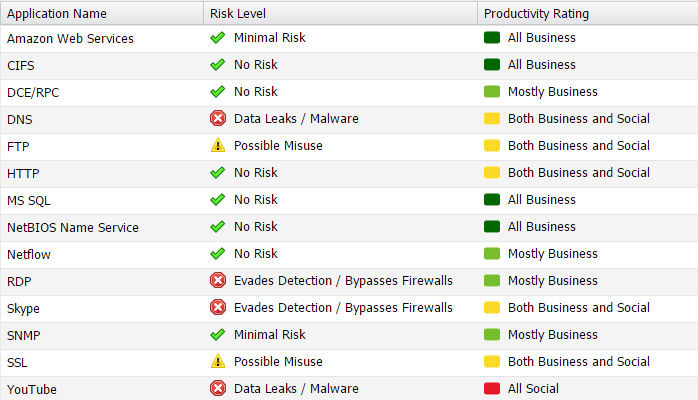 Just like anything else, you have to validate this with your users. If they are project managers and the convention in PM software is to use numbers where greater number equals to higher priority, then stick to that and don't fix what's broken. If they are used to verbal representation (e.g., e-mail flags of High/Low priority), then you'll have to use that.

Alternatively, you can relieve your users of the mentally taxing task of assigning values to indicate priority and instead implement a drag'n'drop interface in the list of tasks where the top tasks will have a higher priority and the value is assigned automatically in the background. Asana does this extremely well.

Higher-number-higher-priority is better because is natural. It's something you can logically agree without investigating elsewhere.

Why? Because the other is odd, excpecially in certain circumstances.

(If everyone in the world does it wrong it's not enough for me to do the same way.)

Priority is just a case of sorting, because the priority is always based on something. In case that something is a numerical value, you should choose the priority value as that exact value and determine sort order by your use case.

If there is no such a sorting key to base your priority on, then I would choose lowest first, because it is more intuitive to sort numbers in ascending order and you have a clear starting point (0, even though it may start at 1).

Not the answer you're looking for? Browse other questions tagged design concept or ask your own question.

3
Positive connotation Icon for number of errors
7
Balancing Information: Number of elements
8
What is the optimal layout for a mobile search form with a large number of fields?
0
Show that a higher or lower number is better
0
What do you think about phone number input field’s width in web design? Is it important whether the number is long or not?
2
Notification Priority Levels
0
Is there an argument for using smaller container widths as apposed to the standard 1170px?
1
The number of primary persona for an application
3
Requesting break down data for an amount or number