I developed a logo for an app I'm going to create. The problem is that on my phone the color is WAY off...like NEON.

I checked it on my Samsung Galaxy S3 and S4 and the same thing. On my son's iPhone, its accurate. On two laptops its accurate. I even took a screen shot of my laptop and emailed it to myself, then checked it on my phone....same thing. Then I used my camera on my phone and pointed it to my laptop screen...same thing....neon. So I'm thinking its either all Androids (because I have no other android device besides Samsungs) or its just Samsung phones.

What is the best way to approach this? The color is very important in my design and neon just looks gaudy.

Here is a link to the image. View it on your phone and on the laptop and tell me what you think on how I could fix this. I know I'm developing for Android so maybe I need to adjust the color specifically for android. But if anyone has something other than Samsung and let me know how it displays vs the laptop I'd really appreciate any input.

Thank you for all your answers. It's kind of a pain because I can't even capture the color to show you what I see because it just doesn't appear that way in anything else. So here's what I did...

I decided to hold my phone up to my laptop and try to color pick what I saw. This is as close as I could get to what I see on the Samsung
HTML COLOR: #6CE24D

So essentially that is what it looks like on my phone, but with a touch of blue to it, but this displays the "neon" brightness that I'm seeing.....but I'm happy with the way it looks in the laptop, however, maybe I should use a different color for the android application that more mimics what I see on the laptop, especially since its an android app :) 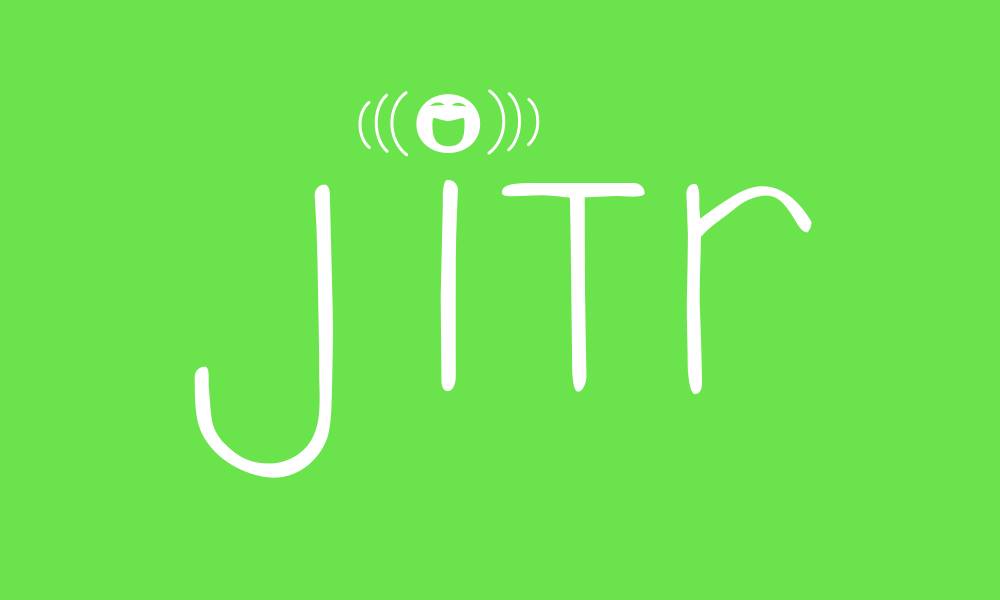 Samsung screens use differently shaped pixels than your iPhone.

This is actually not a color calibration issue. It's called a PenTile screen and the main difference is that the red, green, and blue subpixels aren't the same as a normal display.

Basically, instead of each pixel getting a red, green, and blue subpixel that are the same size, a PenTile pixel gets red and green or blue and green subpixels. The red and blue are larger than the green to balance the brightness. 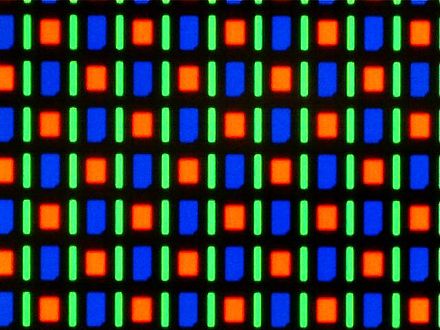 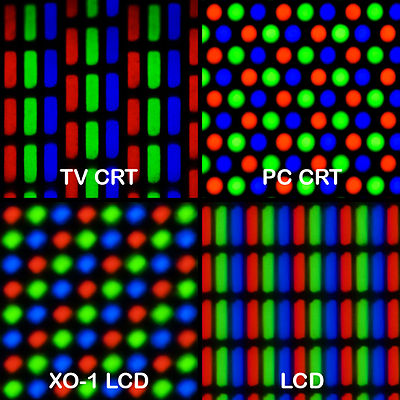 Because there are twice as many green subpixels than red and blue on your phone, your color choice is probably out of gamut on these devices.

PenTile screens and the devices that use them.

Every screen has its own way of displaying colours. That's where colour calibration comes in to play.

For example, my iMac displays the green image differently to the external monitor (EIZO) attached to it. That doesn't make any colour "right" or "wrong" - it's all down to the monitor's reproduction.

Equally, it's been suggested that humans perceive colour slightly different to each other as well.

So yes, the images are different. My Sony Xperia (Android) shows a different colour to my MacBook Pro (although certainly not Neon). Slightly more yellow, as noted above. But it's not just Android - it's everything.

All you can really do is either pick something you find inoffensive on all devices, or shrug it off!

P.S. I've never heard - or noticed - Samsung's displaying a "weird" green, so maybe it's just this exact shade? Samsung will have written drivers for their display (and colour profiles) so it could totally be a real issue with this colour that causes this problem.

You could also try using the image as a PNG and not a JPG, as it could be how Samsung displays JPGs (but probably not).

Different computer screens, operating systems, and even different web browsers have different color characteristics, so it’s just about impossible to get a given color to look the same on every screen.

You can get much more consistent results by calibrating your display, but this will only improve your situation — the colors that others see will still be different from what you see.

I am a designer usually i send my designs to the customers by WhatsApp Web. The main problem occured while seeing the design on phone colors are very different green looks light green, Blue looks cyan. I tried to send my Jpeg images after convert to RGB. That worked. Colours are perfect. Smart Phone displays only RGB colours perfect. Not CMYK.

TL;DR: it's the phone's fault and you can't really fix it.

Why are the colors wrong?

The difference is in screen technology. Laptops use TN or IPS. Apple uses IPS. Phones use TN, IPS or (am)oled. By pretty mych every measure exept cost, TN is the worst. IPS is a bit more costly but pretty great quality.

The Samsung Galaxy S3 uses amoled, which is an odd beast. It doesn't use a acklight and 'shutters' in front of it, but it actually lights up each (sub)pixel individually. This means it has excellent blacks, since there isn't any of the backlight seeping through the 'shutter'. It also makes them thinner and more power efficient - pretty sweet benefits for a pocketable device.

But oleds are organic matter (that's what the 'o' means) and tend to deteriorate faster than traditional screens. [note: maybe current generation stuff has been fixed?] So you'll get weird colors. For example: 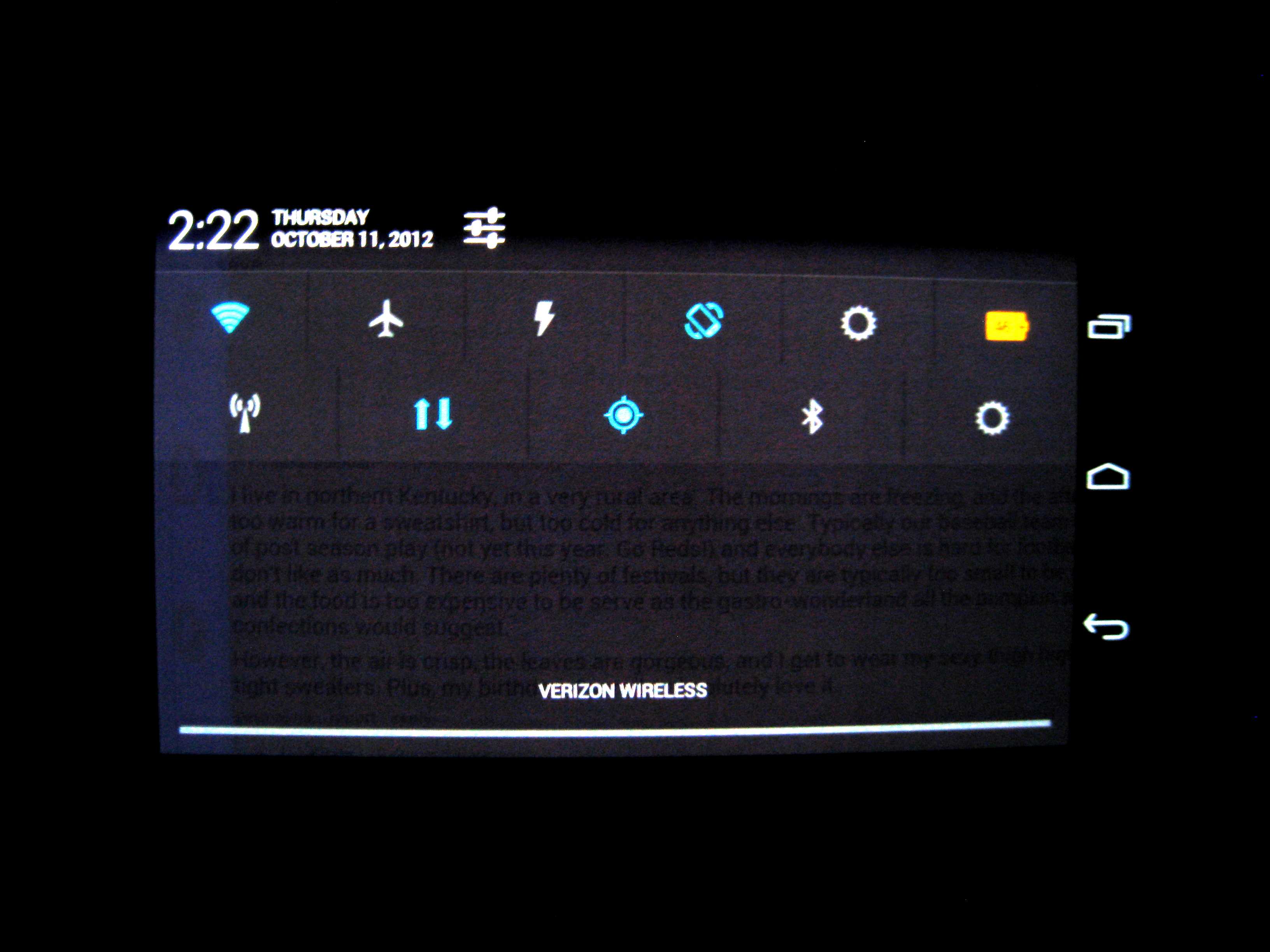 That's one kind of color inaccuracy.

Oleds also have the capacity to have much stronger/saturated colors than a regular screen. Which sounds nice, it can show a wider gamut, but in reality it means that normal colors ger pumped and become garisch colors. This can be fixed with good calibration, but most manufacturers don't because these colors make the screens pop: 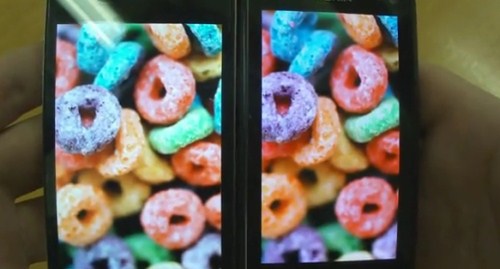 left is IPS, right is amoled

So that's another kind of color inconsistency.

Also. Nathan Rabe mentioned pentile grids. These shouldn't really influence the color, not on a large area like this anyway. It's more of an issue with details and edge sharpness. Perhaps if you used a checkerboard of 1x1 pixels, too, but that's a very niche case. For large areas it doesn't matter much.

Imagine if I give you an apple, banana, orange for food. Or an apple, an apple and a orange one day and banana banana orange the next. For one day week matters. For a week, still. You'd get 8 apples, 6 bananas and 7 oranges. A bit off balance. But over a whole year? 366 apples, 364 bananas, 365 oranges. STILL a bit off, but not enough to make a significant difference.

Calibrate your phone, if possible. My phone, a Huawei Ascend P1, has a setting in the display menu that is toggled on by default. It pumps the colors. You don't want that. If you can find something similar on your Samsung, disable it. It might not fix the issue entirely, but it'll alleviate it. Obviously this only works on YOUR phone though, so everyone else using the site still sees the garish color.

Alternatively, you can adjust your color to look good on the Samsung. Downside? The color will look worse on every other device. Your logo becomes beige mustard on 80% of devices. Don't do this.

Not the answer you're looking for? Browse other questions tagged color graphic-design logos or ask your own question.

9
Bridging the gap between color palettes and CSS
4
Applying accurate colors from desktop screen to Mobile applications
4
Remove color to add emphasis
5
Do colour differences which also carry major brightness differences fail WCAG 2.0 SC 1.4.1: Use of Color?
53
What are good colors for illustrating Up and Down?
0
Should the hamburguer button have the same color as links?
4
Color coding a lot of major sections inside a website
5
In a survey, will the color of the thumbs for choices bias the responses?
1
Adjusting for color difference between monitor and TV
0
HTTP request linear progress indicator color