Which side should I put the close button on a window? [duplicate]

Is there any known preference for users between putting the "Close button" on the top right or top left of a window? Does it simply matter?

Mac users should be used to the top left and windows' ones to the top right and you can find this button randomly placed around the web.

Here are the main reasons why the top right corner is the most intuitive place for a close button:

Historically the top left option came first with the Apple Lisa (1983), and windows then introduced the top right in an apparent bid to make their system look less like a copy of the Apple interface with Windows 1.0 (1985). I have yet to see anything showing that the choice was made to be more intuitive, although it could very well be.

Apple Lisa Interface, with the close button being the square on the left: 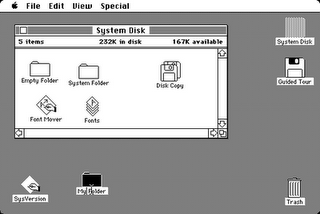 Windows 1 Interfaces with the close button being the corner in the top right: 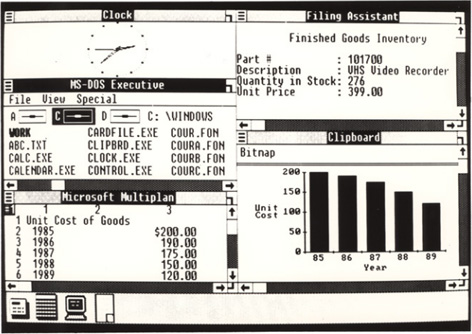 In short, there is no real "intuitive" option, instead you have to consider what your audience is most used to. Simply based on adoption rates of various operating systems, the top right is likely a better option to go for as it's more prevalent.

This is where you have to consider the market of users the app/website is directed toward. In Pretty much most cases though, you go with top right.

The reason for that is because more people use Windows than Mac and those who use Mac know that generally close button is in the top right corner.

Remember where are you looking for the close button when you get a layer pop-up in a browser window? (Great question sourced from this post)

Another good point to remember is that people generally read left to right top to bottom. So once someone has read the information, then they are presented with what to do next - the options.

I hope that helps Pierre.

Not the answer you're looking for? Browse other questions tagged buttons position close or ask your own question.

22
What is the important aspect to consider when deciding where windows interaction buttons should be placed?
11
close button on the left or right side?

2
Fixed Feedback button on the side of LEFT or RIGHT side of the window?
1
Settings button at the top or bottom of the screen?
9
Behavior of close button and X
1
Are window interaction buttons on the right bad for cross-platform apps with a custom border deployed on a Mac?
3
Origin of the Position of Logout/ Close Button
0
Close button place depending on OS