How to improve the experience of finding a stall in a public restroom?

Why do I try to avoid using public restrooms at all costs?

Looking at a line of closed door stalls and pondering my options...

People seem to favor some variant of Option 3. I know because I've been on both sides of the door here and it isn't fun either way. Either the door rattles and doesn't open while someone yells occupied! on the other side or even worse the door accidentally opens because I didn't securely latch it. ☹

(I'll go out on a limb here and guess that this is the reason the "courtesy cough" was invented).

What are some ways to improve the public restroom experience overall?

There has got a be a better way!

After all, it doesn't matter how rich or poor you are EVERYONE EATS and ...

I had one amazingly awesome experience in a public restroom. I entered the restroom in the Vienna airport and was greeted with a solid white glass wall lit from behind extending from floor to ceiling. There was nothing else so it was easy to see a row of equally spaced red or green dots in a line. (I wish I could have taken a picture but there were other people in there)

If I only saw a row of red dots then I could leave without trying and failing to open 20 doors in a row. Since there was a mixture of dot colors, I intuitively walked straight to the closest green dot and sure enough it opened with ease on the first try.

On the other side of the door was a sturdy stainless steel knob that could only be in 1 of 2 positions. The knob didn't stop in between and either a red dot or a green dot appeared on the other side. I was so impressed with the locking mechanism that I took a picture from inside the stall.

It wasn't high tech but it was intuitive, language agnostic and brilliant. 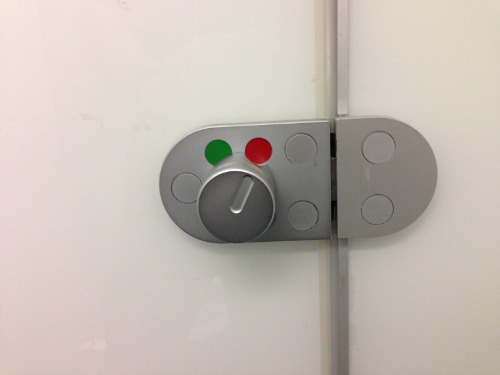 I couldn't help but think that if they are willing to design their restrooms to be as elegant as an Apple store then I would trust everything else in that airport by default. Surely the designers would pay equal or greater attention to detail to everything outside of that awesome restroom!

This ended up being a good lesson in how much the seemingly little things matter when it comes to building a relationship of trust.

Adding words or a universal icon would help in cases where people can't see the difference between red and green colors... 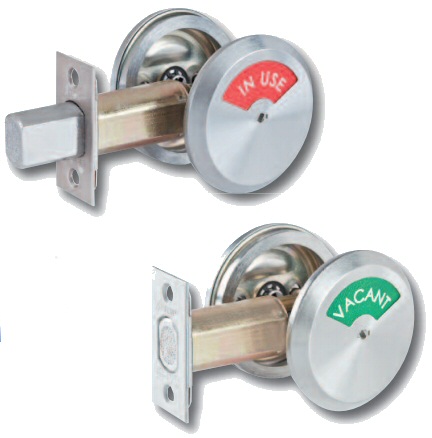 As a UX Design intern, I find this question interesting! Here is the solution that first popped in my mind. Here's one image of a parking lot with lights on top of every parking space:

As you can see in the photo below, if the space is already taken, the light is going to be red. Otherwise, it's green. 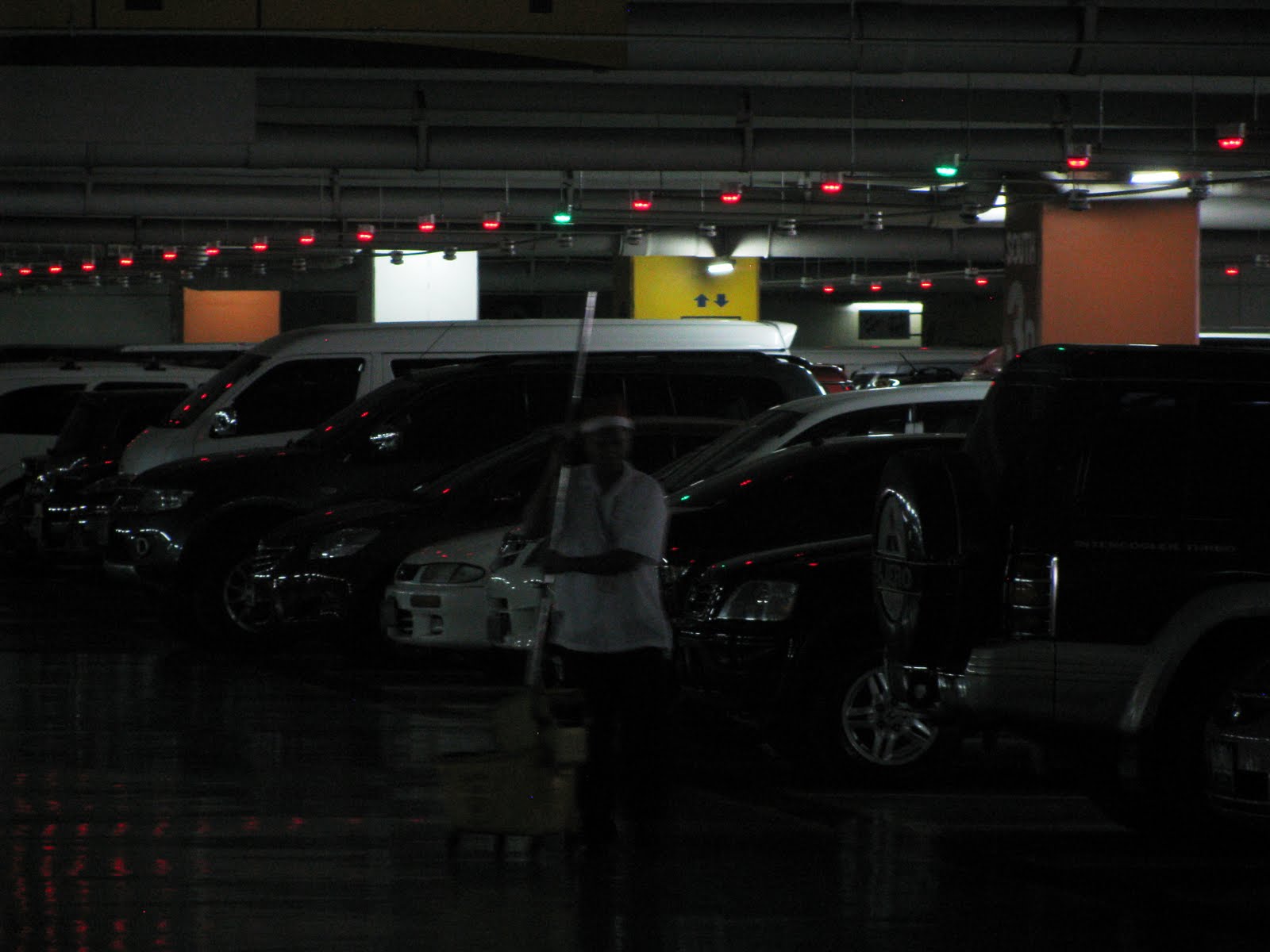 I believe it would be great if we could also apply this to the public restrooms. For each of the cubicle there's going to be a light in the ceiling. The toilet could detect if someone is sitting on it and then the light turns red. Otherwise, the light is green.

I'm not pretty sure about the installation and engineering behind it, but does it address all the problems that were stated in your question? I think yes.

There is already a design element engineered to provide this signal. As a matter of fact it is so elegant that you probably haven't noticed it. I am talking about the gravity activated door hinges found on many stall doors. It works by having the hinge made with a V-shaped cam fixed to the wall, a matching hinge pin mounted to the door that allows for some vertical movement of the door, and a cam follower mounted to the door that rides on the top of the V-shaped cam. Gravity pulls the door downwards, so the follower travels down either side of the V, rotating the door so that the door naturally comes to rest at the lowest point on the V. The installer simply angles the V on the wall so that the door hangs open about 10 degrees when the door is at its resting point.

In these restrooms, a closed door provides the visible sign that the stall door is latched, and therefore in use. An unlatched door always hangs ajar. The system gets all its operating energy from the users, and makes use of the only moving parts that are already needed in any such system - the door and the latch. Simple, efficient, and elegant.

As for your second comment, checking the door by tugging on the handle actually serves two purposes. The first is to confirm to you that the door is indeed latched. The second is to make the current occupant aware that someone else is waiting outside, and they should finish their business. A light or silent signal will not provide feedback to occupant that there is a queue of patrons outside their stall.