What are good options (if any) to display share buttons on mobile/responsive sites? Most share buttons seem to open a new window popup or a lightbox like popup. Neither one seems like a good option.

Sharing content is a legitimate use case. Many sites have gone overboard with the idea, to the detriment of their users, but that still doesn't invalidate the use case.

When sharing buttons were first added (to websites), a button was typically added for each service. This was fine when there were only a few services, but as the number of sharing buttons increased, more and more screen space (and attention) was being taken up by share buttons. This presented site owners / managers with a dilemma. Which buttons should you offer? The somewhat easy "solution" ,with the "more is better" mentality, was to have a general "share button" which then used an overlay / popup to present a user with every option under the sun. This was a designer's solution, not a UX solution.

On mobile sites, space is at a premium, and so many schemes are used to try and reduce the space that elements take up. The obvious carry over from traditional websites was to use a single share button which then let a user pick from a list in either a lightbox or popup. Assuming the list isn't too large, this is actually a valid interaction design on a mobile as there are a number of functions that are only available on a mobile in this way. Such as sending to email, or saving to dropbox. On a mobile "sharing" actually incorporates more features than social media sharing. 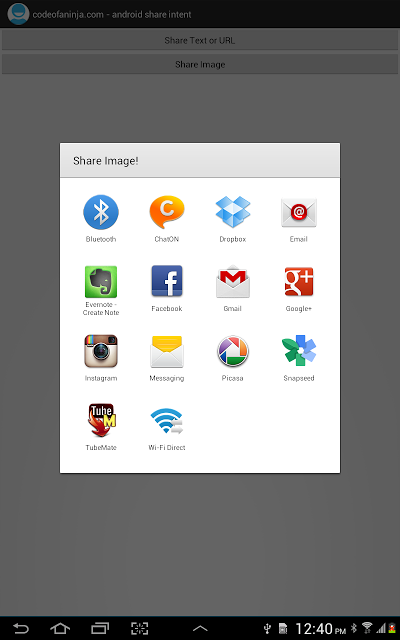 The only alternative to a single button and then a list of options is to show all the options on the limited screen real estate, which is generally a poor choice.

I'm not suggesting that every mobile site should have a share button, but assuming it's a needed use case for a site, and assuming there is more than one needed option, a single share button that then presents a user with more options is the best solution I've seen at present.

TL;DR: If you really need share buttons, and you have more than one, then a general share button which presents the user with the options is still the best alternative.

Here native navigator share api docs. It is still in beta, until April 2017.

Its only available for Chrome 55 and newer.

2
Two buttons next to each other in a mobile navbar
43
Should Mobile-optimized sites allow Zooming?
0
Margin in the mobile web site
3
Optimal way to display long radio buttons on mobile
2
A list of buttons seem to appear as a group on mobile device
1
Bottom 3-5 item main navigation with "more"
0
Difference between mobile site and web responsive? What should be the approach?
2
Share buttons on mobile app
3
What would be the better option for Grid items in App, Circular buttons or Rounded Rectangular buttons?