What do you think about having a site with a main navigation that sometimes calls for a sub navigation on the side but other times does not. So the pages will have some inconsistency when it comes to the content area size. I realize there are other ways to resolve a sub nav but I need the room for growth. 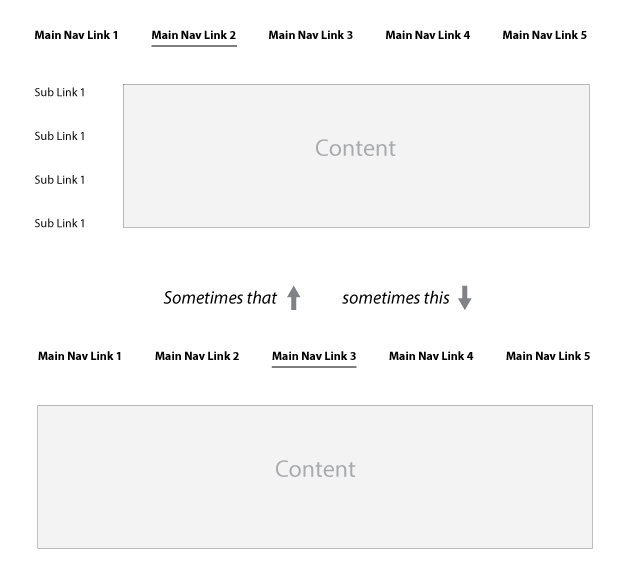 It's perfectly fine. Consistency is a very important design principle but it's not a goal in itself, it doesn't automatically trump other UX considerations. People often make the mistake of trying to be consistent at all costs, so that eventually instead of consistency working for them, they end up working for it.

If your site is built in a way that doesn't require secondary navigation in some of the modules, and you're confident that you've done a good job with its Information Architecture, that's fine. You don't need to force more content onto it just to feed the god of consistency.

If, however, you had cause for internal navigation on two different modules and you were to use right-hand nav on the one, and a second-level top navigation on the other, that would be a case were inconsistency does harm your UX in a major way.

Michael Zuschlag has published a great article on some virtues of inconsistency on UX Matters.

Not the answer you're looking for? Browse other questions tagged navigation sidebar or ask your own question.

1
Detail page with different main-navigation dependent on inner-link vs. landingpage
1
Is having a side nav and a top nav a bad idea? Why?
1
Best practice or alternatives to handling sub/side nav in a mobile site
1
Rules for primary navigation in content-driven web sites
7
Sub-menu dropdown vs tabs on mobile
1
Is there a best practice for alignment of nav bar content - with grid or not?
0
Consistent nav items between pages?
2
Material Design - bottom navigation with upper tabs?
2
Main navbar and sub-navbar
4
Dark Nav Background on Homepage and Invert on Subpages?