and now consider the task of inserting character in between first and second words. User should be able (predictably) to chose where to insert the character: after t in "first" or before s in "second" so inside that <strong> span.

Ideally it should be two caret positions (marked by |):

But this clearly has UX implications, e.g. both caret positions share the same place on rendering canvas/surface:

so user will see caret "stuck" while LEFT/RIGHT navigation.

I have solved this in my blocknote.net by inventing "directional caret", when caret arrives to that position from the right it caret stops here:

and if caret arrives from the left it stops here:

This works OK so far but the main problem is in visual feedback - after some time when you see caret blinking at that position you cannot determine where next character (say, 'X') typed will go, it could be

Any idea of how to modify caret rendering to show its "real" position? In Sciter I've added "trail" to the caret:

but something tells me that it can be made better, so asking.

In fact there other "unusual" caret positions that I am handling in next version, for example position in between <ul> and <ol> here:

it is required to allow text (e.g. <p>) insertion between these two lists. Ideally chosen caret rendering should support such cases too.

Regarding the caret design, see what Raskin described in Humane Interface. Use arrows as an indicator to show where the text will be added. You can do something similar to show where text gets added. 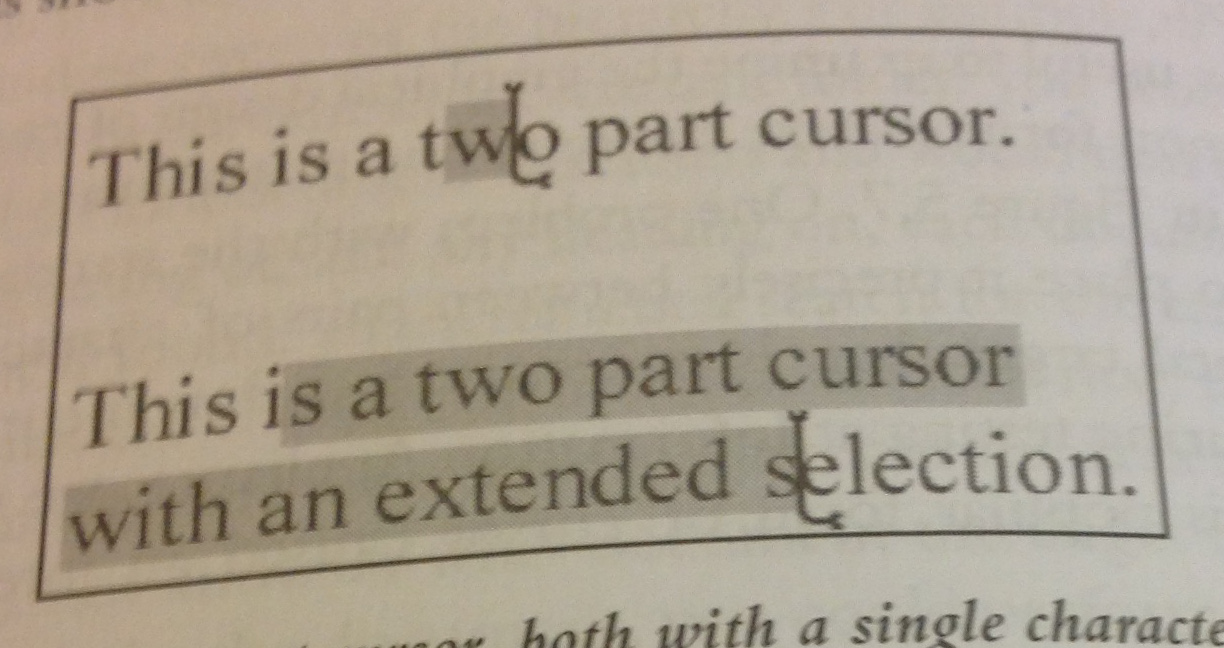 I don't know you need to over think this. Namely because this is a problem that exists today for most any user of MS Word or nearly any word processor. Most of us have come up with our own workarounds already.

Your 'directional caret' solution is clever, and I like it. And it's pretty slick. Not everyone will find it, or know about it, but I don't know that it's that big of a deal.

In addition, anyone that knows HTML will just jump out of WYSIWYG mode and put their cursor exactly where they want it.

But if you're determined to provide some sort of feedback, one suggestion that I've seen in some WYSIWYG editors is to provide some context as to where in the DOM you are below the editing window.

So in your first example, coming from the left, it may look like this:

and from the right:

Based on your comment, if showing any HTML is just out of the question (something I'd argue against, but I digress) you could still show the 'state' the cursor is in via some form of identifier (thanks to Jcl's idea):

and from the right:

This would be a much more complex solution to implement, however, as you'd have to decide what becomes an indicator vs. not. Jcl points out that you could simply activate the applicable toolbar icon. This is perhaps the best option for standard text formatting. But your second example of 'first list vs. second list' is, alas, not easily solvable without exposing some level of HTML/DOM structure to the user (as visually, it's irrelevant to them--it will just look like one list).

I'd still encourage the HTML breadcrumbs. It will help people learn over time. Alas nearly every site I've managed that relied on content authors having full access to a WYSIWYG editor ultimate led to really horrific markup--especially after a half dozen cycles of edits. 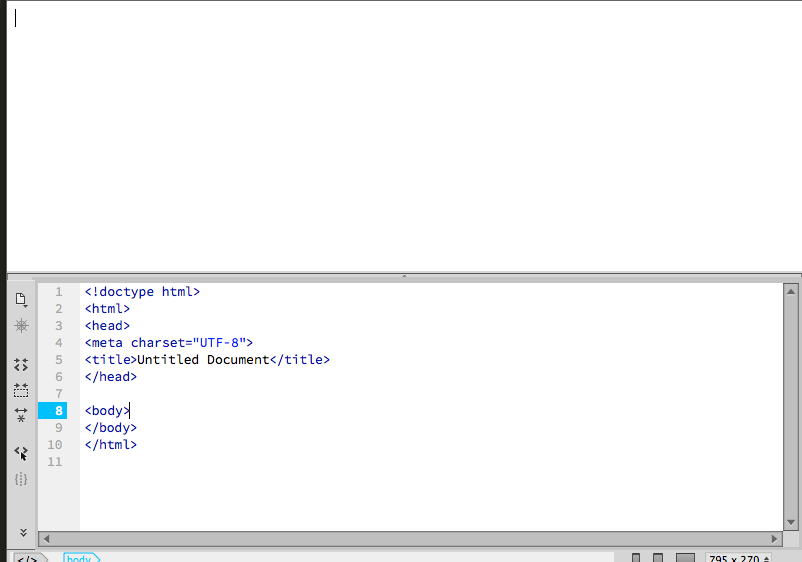 To answer this question I have done an test in WYSIWYG (Dream weaver) and I split the design and code section to see what happen there ,I think in all circumstances it goes to second place that you mention I mean at s location not at t . even when i delete the strong section in code it goes to next line and also in design mode it show a little space, so i think it predictable and it goes to second place, hope i could help you. 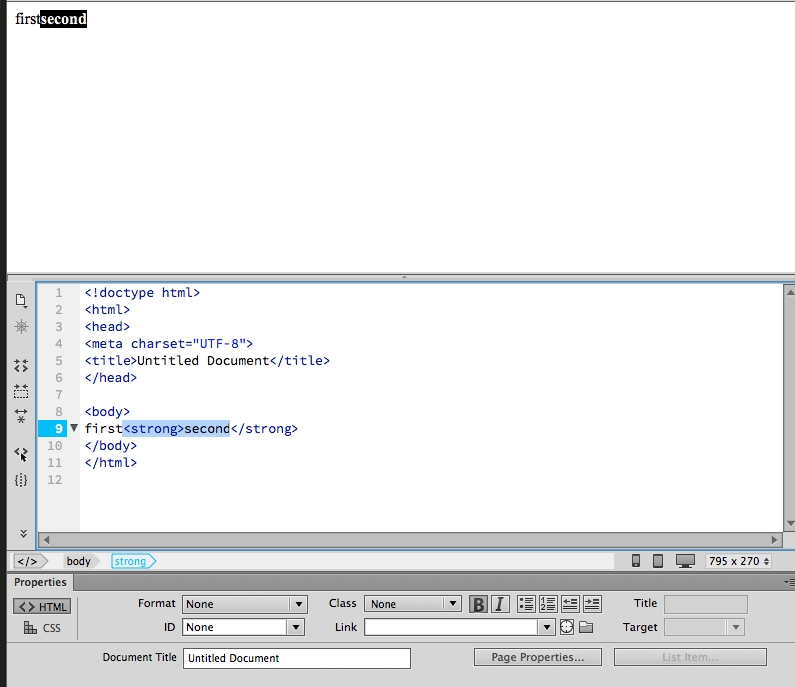 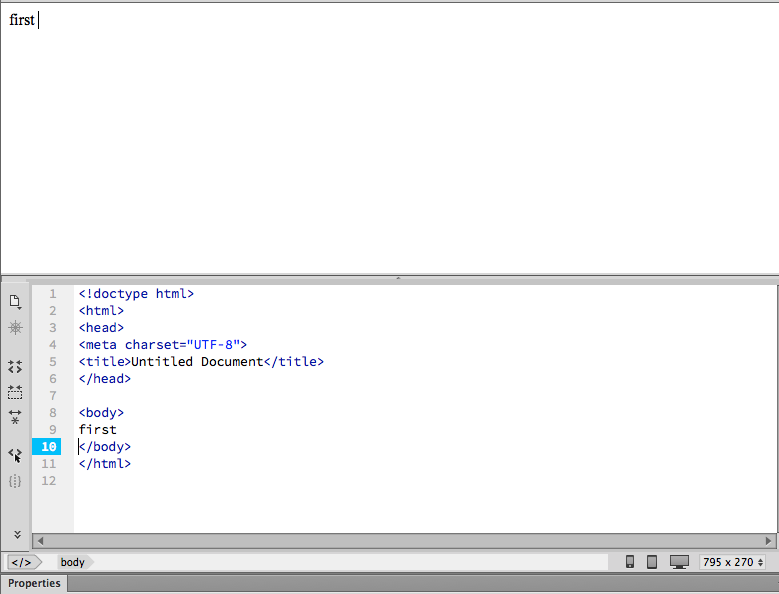 Not the answer you're looking for? Browse other questions tagged wysiwyg or ask your own question.

12
Does the use of a WYSIWYG editor by itself improve the UX?
22
WYSIWYG vs MarkDown - is there a middle ground?
10
What kind of text editor should I use for a reddit-like website?
2
In WYSIWYG editors, why for headings the whole paragraph turns into a heading, instead of just the selected text?
6
What's the best way to present variables in a WYSIWYG editor?
0
Should paragraphs in WYSIWYG editor have vertical margins
0
How to open inline text editor not selecting a text?