Scroll bar in a wizard

I have a wizard with multiple steps. In one of the steps I have to display information based on the checkbox selected. I can have maximum 25-30 input boxes in the mockup below. All these input boxes are mandatory fields and are related. They cannot be split. Is it ok to have scroll bar inside the wizard step. Any other suggestions. 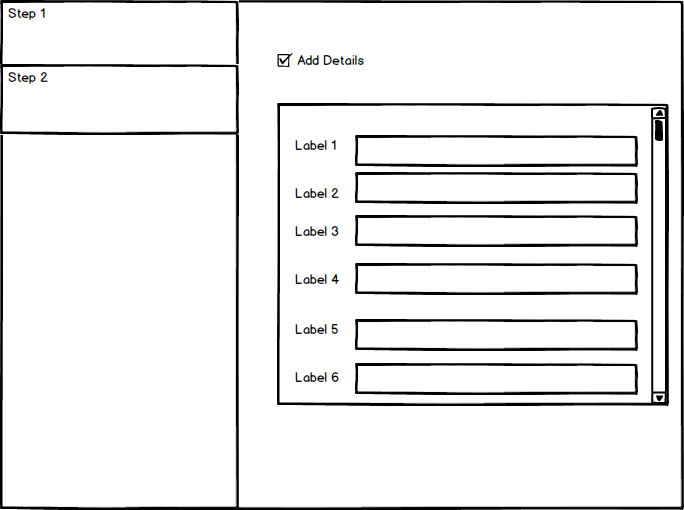 Although i do not know what it is for, there can be some small changes that you can make in your layout. The best choice is align the steps according to these steps. If it is not dividable, then;

Try to have one column structure like you are designing a form, it will make it easier to follow if there is scrolling action. Hope that it helps. 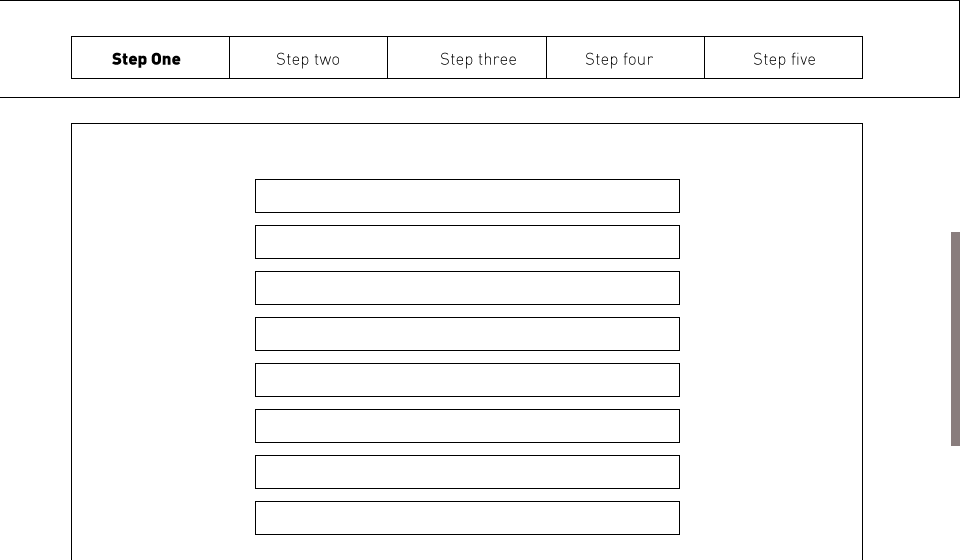 My first impression is there's two things you could consider doing.

1) You could move the steps (which you currently have in the left hand column) to a top bar of the wizard, and have the steps always be present. The area underneath the top bar (let's call it the "content box") would always be visible.

That means, if the user is completing Step 1 and selects a checkbox, the fields would display in the "content box"-- but not in a separate scrollable box. If the user scrolls down, the info in the "context box" would scroll, but the top bar (containing the steps) would always remain present.

2) If you'd rather keep the steps in the left-hand column, you could have the right hand column behave in a similar way that I described above. For example, if the user clicks a checkbox, the fields appear below it (but not in a separate scrollable box you have wireframes). Instead, they would just appear below the checkbox, and the user can scroll within all of the "content box" info in the right-hand column of your wizard. The left-hand content (containing the "steps") would not move as the user scrolls.

Let me know if any of this is unclear and I can try to clarify!

Not the answer you're looking for? Browse other questions tagged usability wizard or ask your own question.

6
Wizard steps - how should I label them?
5
On a form wizard step what input type/s shall I use for when there are two options?
3
big form VS steps/wizard
6
Tabbed "wizard": next vs save?
0
Nonlinear Wizard Progress Tracking
0
Selecting hierarchy in wizard
4
Wizard UI - empty steps
0
Progress Tracker with 2 levels
1
How to decide whether wizard stages should be split or united
1
Wizard split step VS big step in B2B application