Which gives heavier congitive load in grid on phone screen? Grid of images or grid of text? And which is faster to recognize?

Im creating an app where on main screen I'll present contacts. Im wondering if I should present them to user in grid view or table view. I assume that list view is probably faster. But if I choose grid view I need to know if I should visualize contacts with profile images or texts. I tried to find some research which of this options have heavier cognitive load and which is faste. I think that alse matters how much contacts are preseneted on page at the same time. Does anybody know any good research on have a knowledege by yourself please tell me.

Oh, currently the app has a different approach, here's the screen: 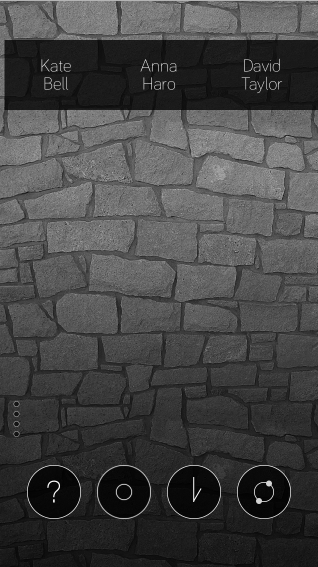 But I want to test a grid view approach more like a Brewster app: 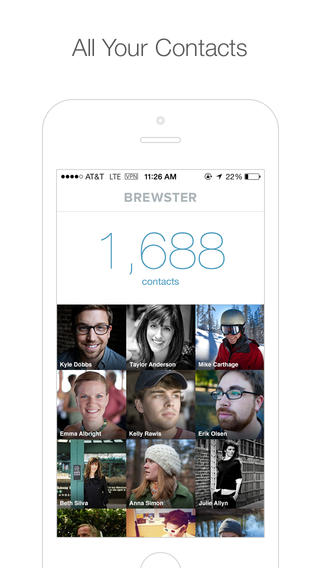 But Brewster has both images and text, I'm very interested in showing just one of them.

The need of animals to visually recognise things in their environment for what they are, and in the case of humans - face recognition, are key survival skills. This cognitive ability has evolved in humans well before language was invented, let alone written one.

As such, the brain ability to recognise imagery is quicker than its ability to interpret written words.

What's more, when it comes to face recognition, despite their perceived complexity, the set of visual generalisations the brain makes is marvellously basic and simple - face recognition happens in an instant.

Most people's names have less than 3 words, which means the eye can scan each name with a single fixation - this is good for visual searching. However, text is read using eye fixations in a serial manner; this means that in order to read a shopping list (or a list of contacts), each item has to be scanned - one at a time (this is true if you actually reading it; for visual search the brain takes shortcuts, but it's a process that with words still involves more fixations).

With a group of images, a single fixation could suffice as in addition to the point of fixation the brain also processes in parallel the peripheral view.

For example, if I'd ask you to find the Kiwi in the next image, the priming for green and oval shape mean you'll be able to spot it with a single fixation (scroll down quickly to see this in action - you should spot the kiwi without even trying to). 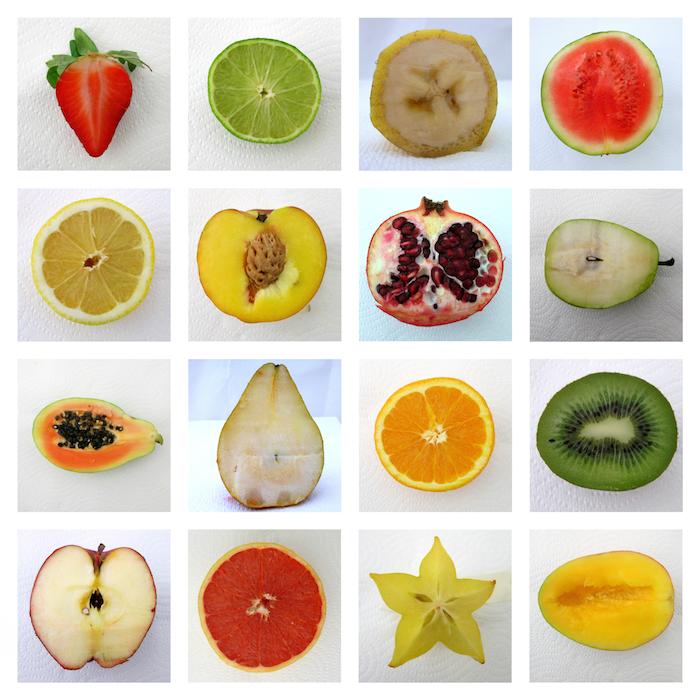 To demonstrate the feature-generalisation nature of visual cognition, look at the following image from far (so the fixation is on the whole matrix, not a particular cell within it). You'd still be able to spot with ease the apple. 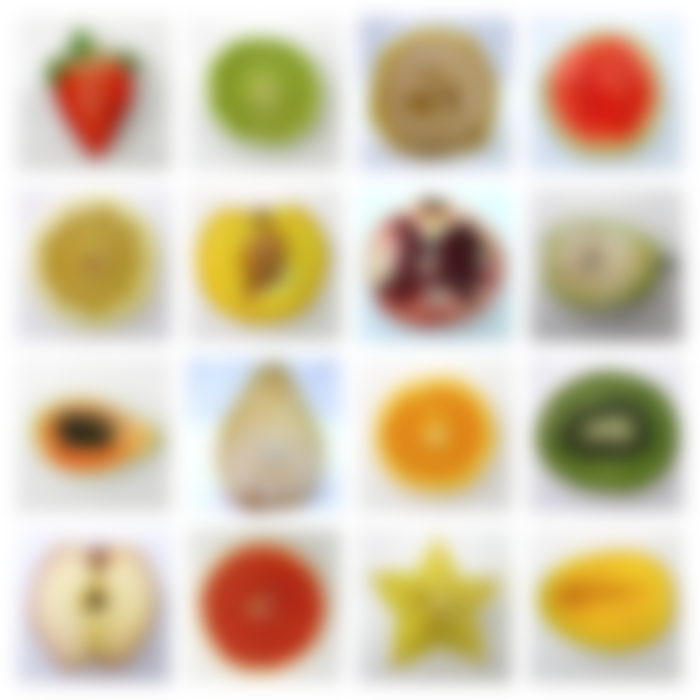 While you are also primed when searching for someone's name, your brain still has to utilise more fixations and the process is largely serial. Find the pear:

Did your eye briefly fixated on the Papaya? Can you think why?

There is a usability issue with Spotify on mobile that relates to exactly this.

In my music library, I have many playlists. The playlist list involves images of the cover: 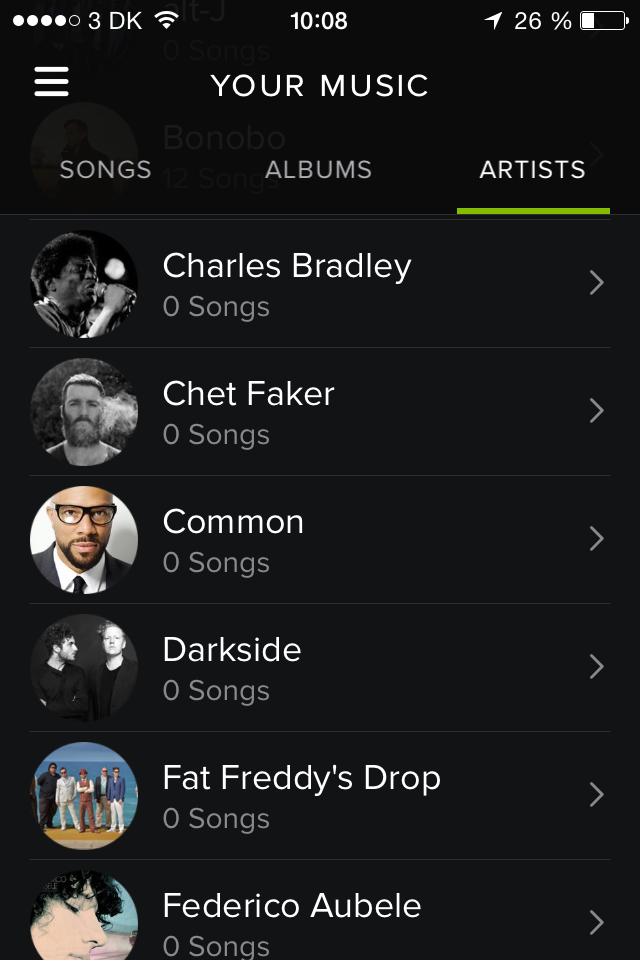 When I look for a particular playlist, I scroll through this list real quick as the search is for imagery cues.

However, for a playlist itself, Spotify has no cover images: 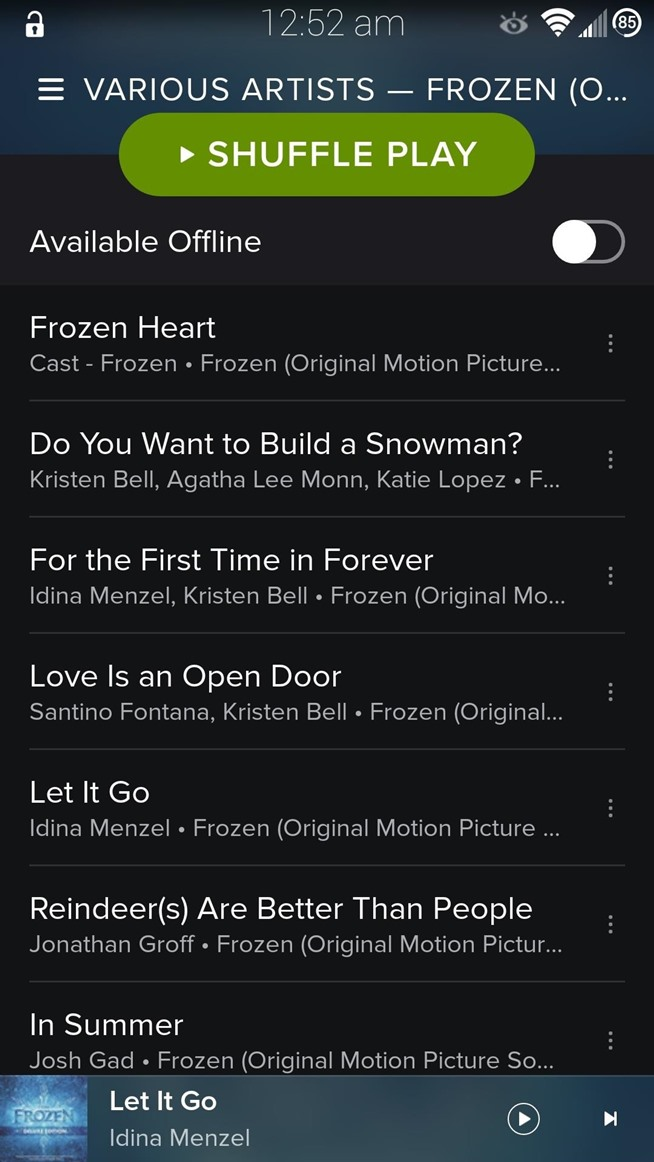 This makes sense if the whole playlist is of a single album. But I have a playlist of 50 different songs from 50 different albums, and trying to find a song in this list is really difficult compared to finding a playlist in the previous view. (And I do this every morning, with the same playlist, and it's a real pain.)

Adding avatars will decrease the time it takes people to recognise the person they're after. Using a grid rather than list view, when possible, will take advantage of the brains parallel visual processing for peripheral view.

My gut reaction would be images rather than text. The human mind operates by pattern matching which is why its often easy to recognised someone instantly - but sometimes harder to recall their name.

Text has to be 'processed' by the mind so its a slower process.

This is vaguely related to the findings on "recall versus recognition'. Here's a UX related article on this from Neilsen Norman Group.

I don't have any beautiful research at hand, but I can explain why just images probably isn't going to be an option: A lot of users have vague and/or generic profile pictures. If everybody would upload beautiful profile pictures like in the Brewster screenshot then it would definitely be a great idea to just show a grid of images.

Now, it could be that the user doesn't control his own account in your application (rare, but possible) in which case you could opt for a text-less grid layout. This however would only be possible if for example you're developing an application for teaching environments where all the student photos are taken every year by a professional photographer. And even in that case adding the text is useful as an extra reminder for teachers to learn the names. All in all I guess the conclusion is that you better just add the text.

Not the answer you're looking for? Browse other questions tagged mobile text image grid cognitive-load or ask your own question.

25
What is more memorable: Avatar or Username?

1
Shifting a view into inline-edit mode VS. dedicated edit screen?
5
Users don't understand how to interact with my grid
22
On mobile web, what's the best way to present Date of Birth form fields?
1
Is there a way to show a lot of categories without requiring a lot of scrolling on Android?
2
Are editable grids and split pages with tabs bad web UX?
0
Intuitive way of presenting options on toggle-able items
1
Card-based design for singular content
2
Showing little text in a big panel
1
Having Trouble with Nested Line Items in a Mobile App
1
How to detect Cognitive Friction on a mobile application?