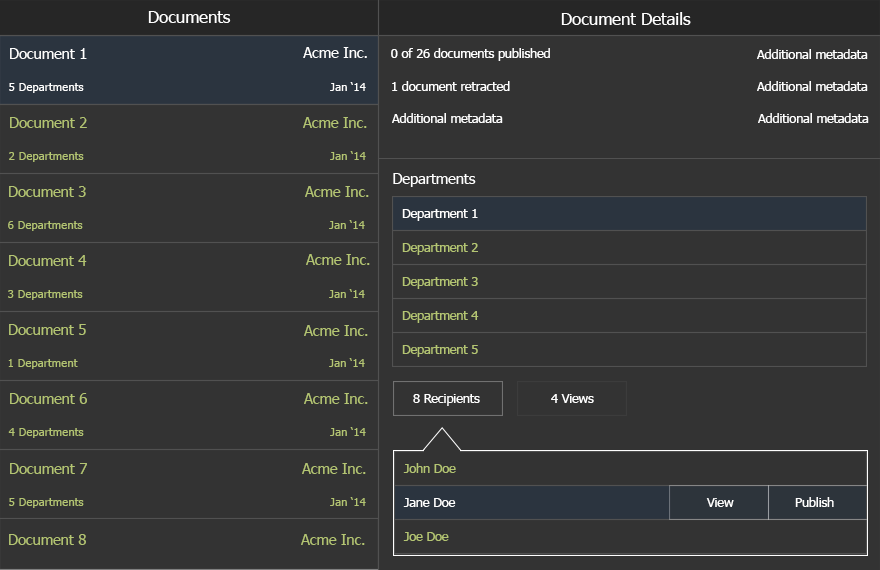 I'm trying to put together a design draft for a UI in a business application that will allow a user to view a list of documents that will be published to recipients in one or more departments in a company.

When a user selects a document, the selected row is highlighted and I display the details of that document on the right. So basically this is a master/detail view.

On the right, I display metadata specific to the document in the top section, and in the middle section I display a list of the departments that the document will be published to. If a user selects a department in the list, then the two buttons below the list labelled "x Recipients" and "x Views" will change based on the number of recipients in the selected department and the number of times individuals have viewed the document from within the application.

I've spent quite a bit of time researching UX guidelines for master detail lists, but I feel like I've hit a brick wall, as, this view has to display quite a bit of metadata, but I still feel like the layout and appearance isn't good enough such that it stands out in a clear and concise way to the user.

Any input/feedback/suggestions on potential improvements would be greatly appreciated.

You're trying to create a nested master-detail-detail relationship, which is often difficult to accomplish in general. But your main problem here is visual, the relationships aren't visualized well because all three levels share the same BG color, which makes it seem like they're all "top-level". If you give the "details" panes the same BG color as the selection indication, it will immediately become clearer. Also, the recipients/views area is basically a tabbed control, so it would be good to make it look like one. 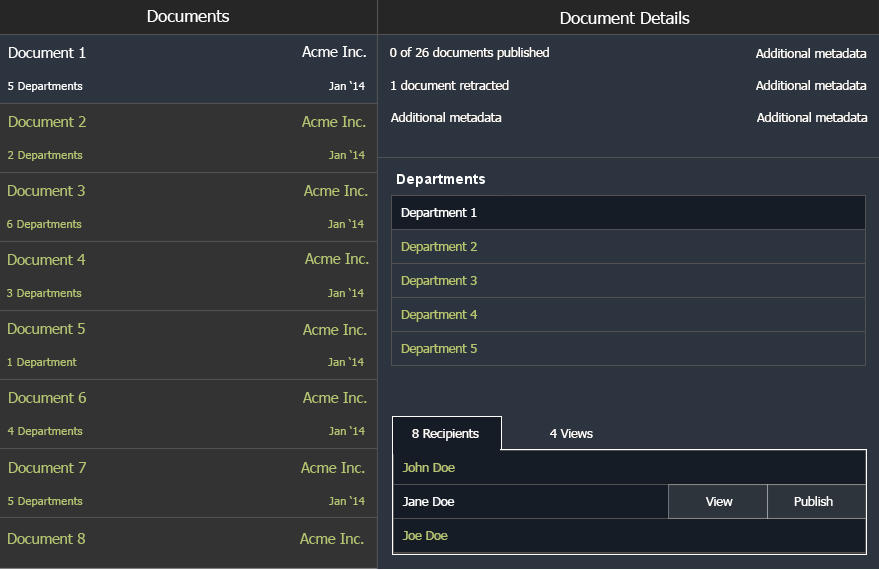 Not the answer you're looking for? Browse other questions tagged gui-design visual-design structure or ask your own question.

5
How do I justify a “friendly view” when a department head is adding “table view” as a requirement?
4
User access level grid - idea for gui
3
Master-master / detail approach? (a.k.a, how to approach summarized data)
4
List versus table design
2
Improve design for master-detail interface
1
Visual Indicator For Manually Created Documents vs. Automatically Generated Documents
1
How to show row related information
1
Displaying Master/Detail Panes/Linked Lists
2
How can I improve this master detail/grouping UI?