What is a term users can understand when leaving Edit mode?

I feel kind of silly asking this but I'm having a real problem coming up a reasonable term for Read Only mode or Not Edit mode.

Pictures to explain my problem...

If the user wants to edit information in my site they hit the Edit button.

If users are in Edit mode and want to Save or Cancel changes to the data on the screen I give them Save and Cancel buttons.

So far so good. It's very clear to the users whats going on.

In Edit mode some pages automatically commit/save your changes as you make them so there is no cancelling your actions. The users requested this and to avoid confusion after getting questions about why the Cancel button doesn't cancel changes, I disable the button.This means if they want to leave Edit mode they have to hit Save, which doesn't do anything because the changes have already been saved. But to the less experienced user that means I'm committing whatever I've done and there's no turning back.

Now I'm getting complaints about having to hit Save even though they haven't changed anything. I don't disagree with the users on this but what do I do? I want to replace the Save and Cancel buttons that are lies with a button that communicates you're leaving Edit mode.

but I feel like these are either too technical for my users or doesn't describe well what action you're taking by clicking the button.

What should I use as the text for the button?

Would it make more sense to use an icon? If so what?

Note: Changing the live editing functionality to make Save and Cancel relevant isn't an option. 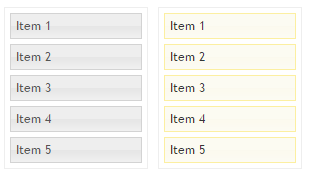 The user starts with 2 lists and wishes to add information from the left to the right. Each time they add an item we save the change per their request. 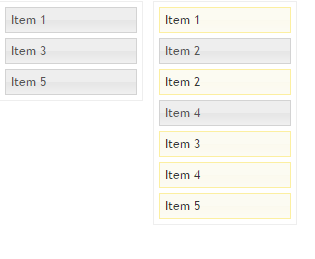 In the Read only view all they wanted was the right list and it can't be changed only viewed.

So I need a button to convey you're just going back to the Read only list view.

How about a single toggle between EDIT and DONE ?

Hopefully you will be able to inform the user when changing their data soon.

For future reference, I like how Google doesn't make the user explicitly commit changes and instead offers an easy way to go back...

How about an open and close? You Open the page for editing and close it to leave. I have worked on several CMS that use this method.

Or can they just be in edit mode all the time? Seems the simplest to me. No need for buttons.

Not the answer you're looking for? Browse other questions tagged website-design buttons terminology or ask your own question.

16
What's the Best Placement for Save/Cancel Buttons on Very Long Forms?
50
Should I provide feedback from a save button?
9
How do I add the ability to cancel editing without a button?
22
When to use the Back button vs. Cancel/Done on iPhone
1
How do i call my buttons to return to a previous screen
7
Invite users to inline edit not only on hover?
26
Save buttons that don't save
3
How to prevent users from submitting a form with no changes made
2
Should you conserve space by having a single transforming button instead of two non functional ones?
3
Showing edit mode for messages