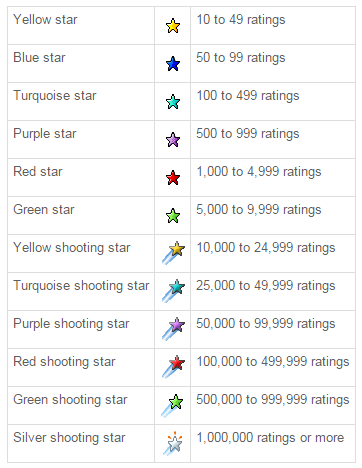 43
Ratings: 3 stars vs 5 stars. Why 5?
2
Social rating tool
5
Using numerical scores for ratings?
0
Are ratings relevant, and what makes a rating system good?
4
Best way to present a 5-star rating system
4
How to present a multi-facet 5-star rating system?
2
Placing pictures on a scale from happy to not happy
2
What are the benefits and drawbacks of pre-rating users?
3
Usability Benchmarking and Rating - choosing an approach and rating scale
1
What order do stars get filled out in RTL locales?