Each specification is made up of multiple online tabs.

The only way I can see to do this is to do something like Microsoft Word Clipboard where each of the tabs can be copied. See attached!

Is this the easy enough? the users are not very tech savvy.. 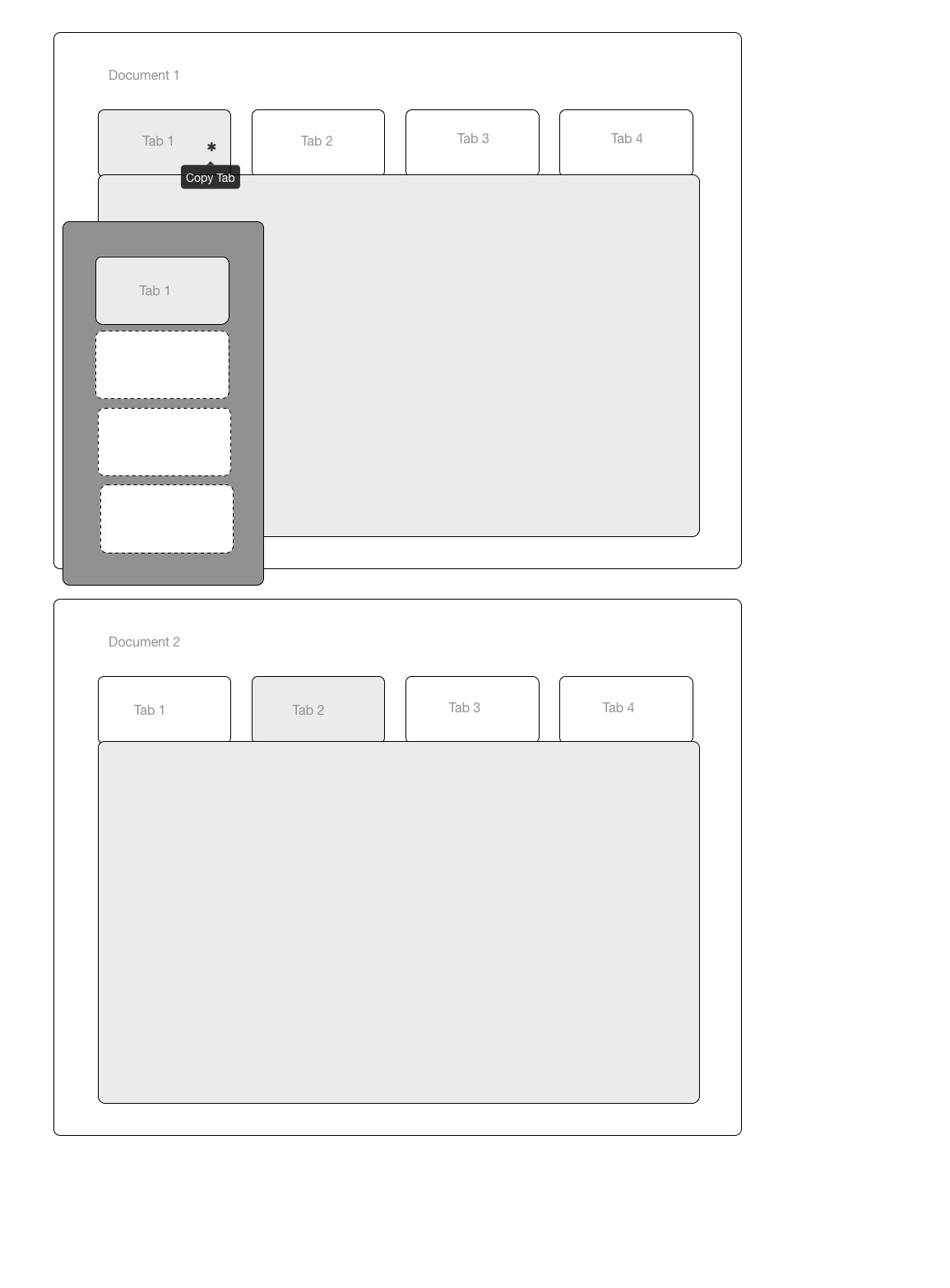 Since your users are "not very tech savvy" I would suggest not to use the clipboard.

Clipboard actions are usually not visible to the user since they are done via keyboard shortuts. These actions are used by powerusers but from your explanation I can conclude that your user do not fall into that category.

You need actions that are visible and 'discoverable' by the user and you'll probably want to guide them, or they will probably never use it.

Here are two ideas that come to mind:

Not the answer you're looking for? Browse other questions tagged tabs or ask your own question.

2
Alternate to nested tab controls for a windows desktop application
7
Best practices for Tabs
6
What are the requirements from a multi-row tab control in order that users will be able to intuitively tell which tab is active?
4
What are the Best Practices for Server Side Tabs?
6
What should we do with external links on a Reddit-like social news site?
1
The most efficient solution for breaking this form into multiple tabs
4
Keyboard navigation through form with multiple tabs
0
Tabs with one similar field
1
Tabs with long labels in constrained space
2
Ideas for placing tab-specific actions