Is it good practice to ask date of birth and gender from users or Avatars can suffice?

I am building a system where I need user explicit data like Age, Gender, Preference towards a category(fashion/Gadgets/...). I came up with 2 solutions for Age & Gender:

I totally understand there is tradeoff between precision of age in filling a form and number total conversions. 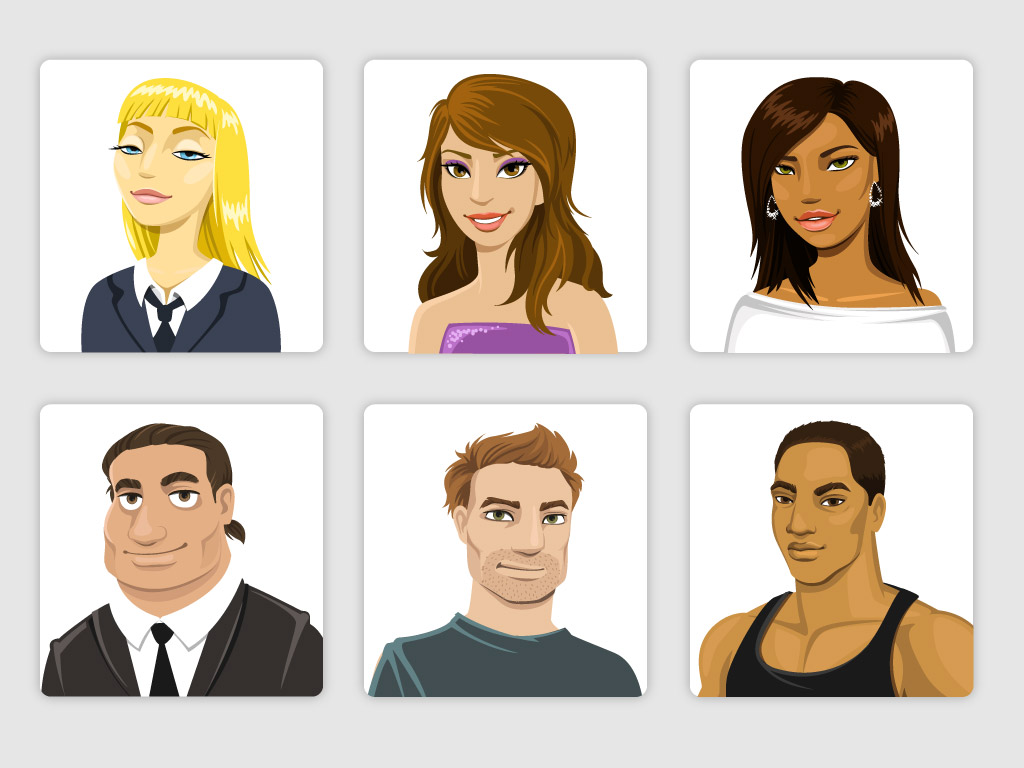 Can someone suggest what would be the optimal solution to identify the user gender and age without putting much pressure on the user as they may then opt not to share this information?

P.S. I can share more details if anyone seeks for.

Users pick avatars that are not always representative of their "real life" appearance. Often picking an avatar which doesn't match their true age/gender/ethnicity etc. This concept of an avatar allowing you to present yourself differently than in real life I imagine is strongly embedded with users. So if you want to capture real data you would be best of just asking for it and letting the users know why.

If you need a piece of information from the user, ask for it. Trying to trick it out of them is likely to get you bad data (in particular, female users will often pick male avatars to hide their gender, and a significant subset of male users will pick female avatars), and may backfire if users realize you're trying to trick them.

None of your avatars resemble my appearance at all, so I would have to select based on other criteria. I might pick the lower right one, because I think he looks cute. I'm a 60+ woman.

Even among those who pick an avatar based on some similarity to their own appearance the similarity might be in skin color (already mentioned in another answer), hair color, grooming, facial expression, or clothing style rather than age and gender.

If you think you need to know age range or gender, ask as an optional question. Asking for age range is a less obtrusive question than asking for date of birth.

However, be careful about using the information - you may end up applying stereotypes. A lot of people seeing my age and gender would assume I don't have much interest in computers and computer programming.

Others have mentioned already that avatars not always correspond to the person's true gender and/or age.

Another problem is that a number of people will struggle with understanding what avatar represents what age group. From the above avatars you showed, I'm struggling with figuring out who is the teenage woman and who is the 20-40 year old. I believe the left one is the 40, but the other 2 could fit them equally.

Another issue is, as Crissov pointed out in his comment, is that some people are going to be disappointed that they can't select something that looks like themselves. For example, latinos and other people with dark skin sometimes want to choose someone with their own skin color in order to establish their racial identity better. If you force them to choose a caucasian avatar, they will not like that.

Finally, there is the problem of gender identity. some people identify themselves as gender neutral, having no specific tendencies to identify as either male or female. Or they look like one of them, but feel like they're really the other type. Unfortunately, there are VERY few sites that handle this properly, so you could be excused for that. but supporting this from the start means that transgender people will like your site more.

Just a thought: You could model avatars based on distinct personas you created earlier in the UX process and let the user choose one of these taht he finds himself fitting into. You could use this information to further engineer the UX process for the set of users that picked same persona.

You cannot trust what users will tell you. The medical field has experienced this for ages. However is that essential? You could just ask for an age-group instead. I've seen its value in research by Forrester and many others.

Asking for less precise data could yield the same relevance but preserving a little user anonymity might get your further.

Without knowing the big picture, you could always allow users to change if they see their false answer gives them less relevant or desirable results. If I say I am 15yo and get content or that age, I might opt to have a better suited experience and change my answer.

Also, you will want to be very clear about why you are collecting the data. Instill trust citing privacy policies and reason why accuracy matters. This might help.

Silhouettes depicting archetypes will focus on the classifications (in this case, age/gender) rather than the avatars themselves. However, to be widely understandable, your depictions will probably be stereotypical in some way: thus, they might be offensive to some users.

Customized avatars (including partially generated ones) have the opposite benefit of silhouettes, that is, the former are interesting because of their (potential) uniqueness. However, as mentioned, users don't always make accurate depictions of themselves for various reasons like avoiding harassment, wanting idealizations, or circumventing rules. There's also the potential for silly or even offensive avatars.

What is the purpose of visually representing user classifications?

I understand why you want to get demographic traits, but I'm not sure why the avatars would be wanted/needed by the users. The only example I can think of is a dating site or a site like Girls Ask Guys where traits are relevant and anonymity is still desired.

Not the answer you're looking for? Browse other questions tagged website-design forms user-behavior e-commerce user-engagement or ask your own question.

42
Have I missed anything from my list of web form best practices?
100
Is it good practice to force users to give us their email address before showing them our site?
0
How to inform users of product variations from Category and Product pages
4
Display results from specific date and timespan
3
Request invite to closed web app - what information to ask for?
1
Are users reluctant to give their complete date of birth?
2
Ask users for feedback and permission to contact them
2
How to ask for user's birth date with OAuth?
2
Single or multiple form field(s)