I have an app that provide the functionality to create two different concepts: "Rooms" and "Conversations". I need to place two buttons, one for each, in home page of the app.

I think that is very important to add the name of the action, but I'm not sure about the button position. What do you think? 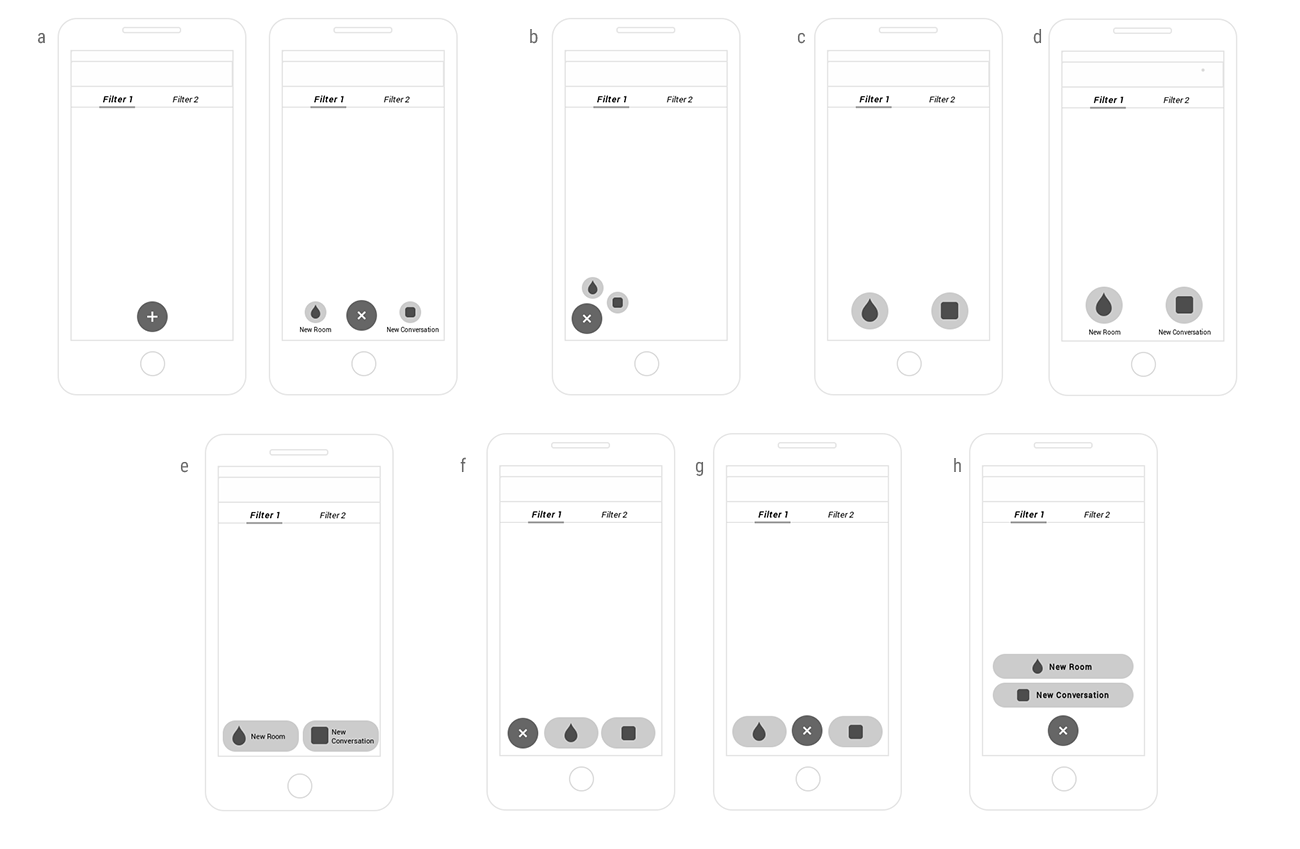 In general, all solutions except for B work. B requires specific hand placement on the device (size of the handset was not considered) to reach the buttons comfortably. C, F, and G don't deliver enough context because of the lack of text; you're right, the notion of a room versus a conversation needs to be expressed in text because the icons do not express the action directly.

A's icons are too small, and E is ugly because the text doesn't line up within the button and the buttons are huge (which will also pose an issue with different screen resolutions). H is also very iOS-style. I recommend D or G; I also recommend removing the cancel function entirely as a standalone button and allow the user to cancel by hitting the physical back button or anywhere else on the screen that isn't the two create functions.

Finally, I'd ask can a conversation be made without a room present? Because if so then you have a data problem where in theory a user can create a conversation without a room. Further, if there can be one without the other, how are they differentiated? These seem like much more challenging issues to tackle in your designs (though if you've already gotten past those, congrats!)

Based on these D gets my vote.

Not the answer you're looking for? Browse other questions tagged mobile position actions or ask your own question.

11
When is it appropriate to split functionality into separate apps?
2
Fixed/floating button on mobile app
0
Always visible vs mouseOver action
2
Mobile search screen button layout (Search|Reset)
3
Back button on mobile web app
8
Is it a strong anti-pattern to use a Floating Action Button in an iOS app?
1
When is it helpful to have a home menu on a mobile app?
1
Where to place add row button in a form on mobile applications?
2
Mobile on-boarding - Single page instructions instead of multiple paging
1
Button location: Save / Next / Cancel / Text notice