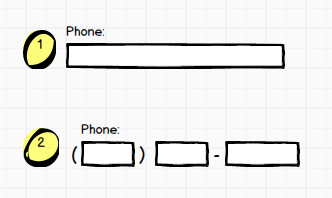 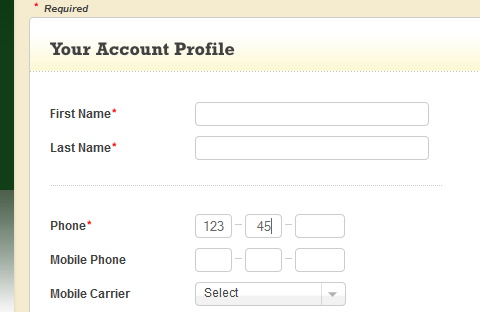 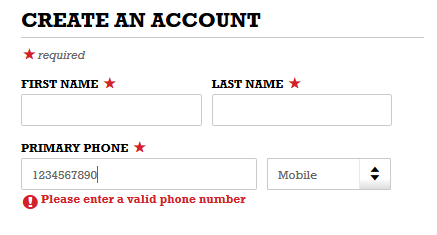 1
Collecting a phone number as multiple fields rather than one
31
Friendly format for phone numbers
8
Dealing with Area Codes in Phone Number fields
10
Why do so many forms use input masks in for input fields?

31
Friendly format for phone numbers
5
Are there any recommendations for the layout of Metro forms UI with hierarchical data on a website?
3
How to display dynamic labels
3
Gauge user preference given four options
1
Best approach to serve long list of form input
6
Do users really want responsive dumbed down versions of websites?
7
Should tags be inside or outside the input field
7
Best UI/UX for Multilanguage data inputs in forms
3
Popups vs inline forms for user input in a webapp