I have a responsive web app with lists of draggable items that are longer than the height of the screen. Users will need to be able to scroll down to see more items, but when they do, they run the risk of accidentally dragging one of the items instead of scrolling.

What is the proper UX for this sort of thing? I considered having a "scroll area" on the side of the screen, but that seems like it might be kind of ugly.

Draggable objects on mobile devices are object represented with a handle. In iOS apps it is commonly done similar to the Reminders app, with the icon on the right. 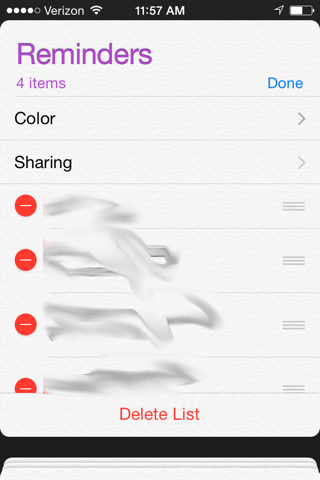 Instead of the "scroll area" you may consider a "drag area", or better yet a drag icon that only activates the drag feature when pressed and held. The user could scroll without concern and they would only drag when they press a drag icon.

Yahoo Weather, for iOS, does something similar to this: 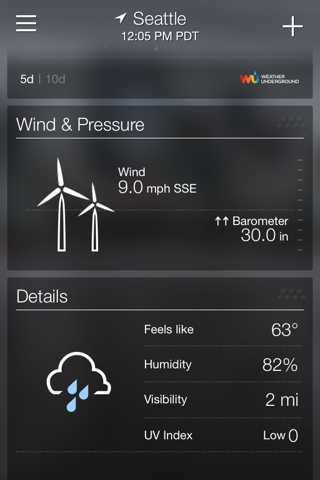 Notice the drag icons in the top-right of each container. The user will scroll the screen if they press and drag anywhere else on the screen. Pressing and dragging on this small space will drag a container elsewhere on the screen.

That's nice, but I often find myself grabbing the drag handles by accident.

The way the Reminders app, and others, address this is to only allow dragging in an "Edit" mode. Notice in the first picture that I can also delete, change color and sharing options; there is a "Done" button at the top-right. That's because it is in an edit mode.

Providing such a mode may allow your users to both scroll and re-order more easily.

Not the answer you're looking for? Browse other questions tagged mobile scrolling drag-n-drop or ask your own question.

16
'Scrolling divs' in mobile land. Yea or nay?
1
What control flow can replace vertical (or horizontal) scrolling lists?
13
Drag and Drop with scrolling on tablets
3
Should I show or hide social media feed widgets for mobile devices on a responsive website?
3
Huge horizontal sortable column lists issue
2
Best way to indicate horizontally scrollable sections to a user?
1
Having Trouble with Nested Line Items in a Mobile App
3
Material - List item with main and secondary expand action
3
Horizontal slides editor - How improve its navigation?
0
Recommendations about the size of an scrollable area in a mobile screen? (like a map)