I'm creating my first Node.js web application which is a combination of Chat rooms and game (drawing) rooms. As for now I'm not quite sure how to put these 2 features in practice.

Here is what I had first in mind: Basic chat screen: 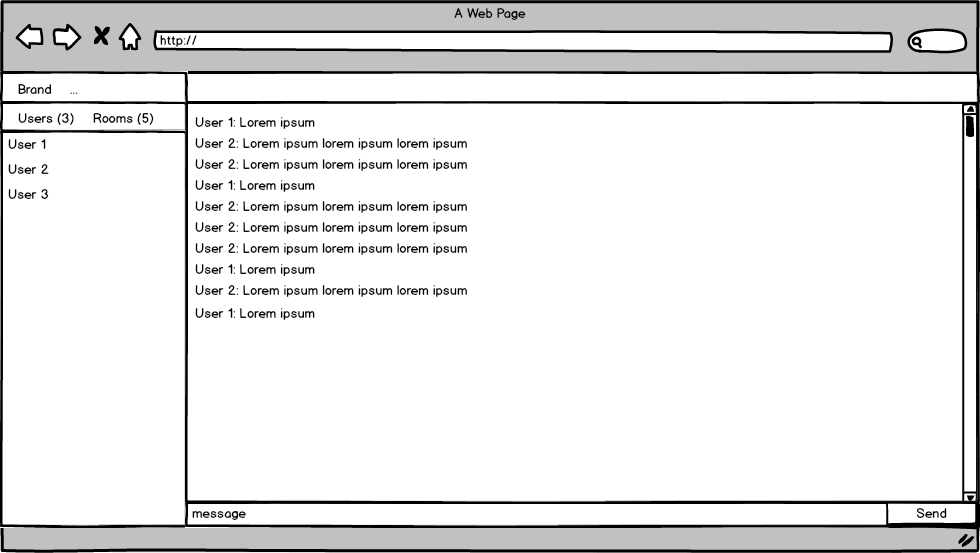 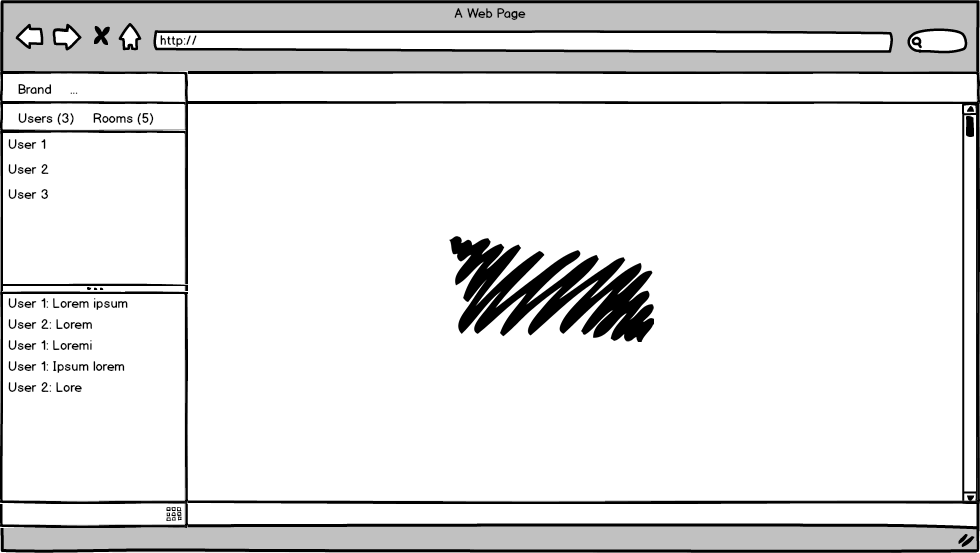 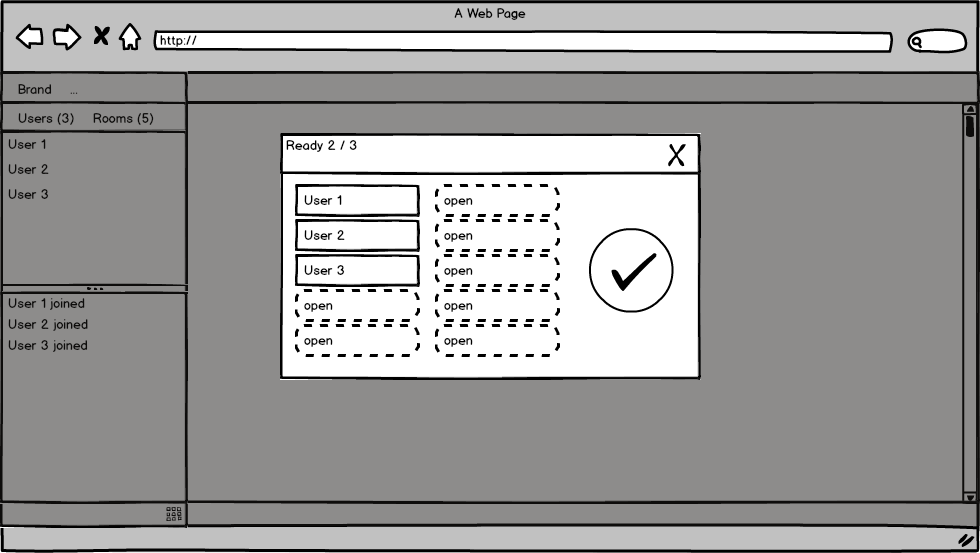 So my question to you is:

I would like to add a feature where users can join several chat rooms. How to implement this design wise? (the rooms shouldn't be visible while ingame)

If you have any suggestion, do say so! As I'm quite a rookie when it comes to user experience.

I'd suggest a tabbed-interface for multiple rooms. You could have in-browser tabs that separate which room you're in, just like standard browser tabs. This uses minimal space at the top of the window, is easily understood, and works nicely.

A good example of multiple-room-handling for study may be tested right here on StackExchange, with the SE chat.

If you join multiple rooms, it simply has an extra list view which shows the names of the other rooms you are present in...and the last message posted in that room. There is a button in the list where you can switch your current view to swap to that room, and then your formerly current room becomes one in the "last message only shown" list.

I could take screenshots and describe it further. But the best thing to do is just go try it. If you want to post without bothering anyone, use the Sandbox:

Then try joining (for instance) the UX chat simultaneously:

Once you've joined multiple rooms open a browser window for each. Then look under the avatar list to see how it handles the list of rooms you are in with the latest message in that room.

If you're looking for an open-source clone of StackExchange chat, see Miaou:

It's MIT licensed, so you can stealborrow without worries.

You might even want to implement your drawing app as an extension and avoid reimplementing all that functionality...because it allows you to integrate games in the chat. See Miaou Games where you can play "Tribo".

(Note: The developer of Miaou is (perhaps obviously) an SE user...and is likely willing to answer questions.)

Not the answer you're looking for? Browse other questions tagged chat drawer or ask your own question.

6
Is it necessary to store chat conversation?
4
Should chat users be informed when the other user closes chat?
2
What should I do with huge “smileys” in chat?
3
Do fine-grained message statuses (such as when a message was seen) help usability?
0
Live chat unavailable
2
Profile image position in chat
3
Chat Arrangement for Desktop Chat App, List or Left-right?
2
How long the user can wait for help (chat)
3
Mobile chat app send button: on keyboard or interface?