How to show remaining time?

My problem is that if you show the timer from the beginning:

On the other hand:

How do you think I should go about it? A tooltip? Somehow showing that the time "froze"? Not showing it until the countdown starts? 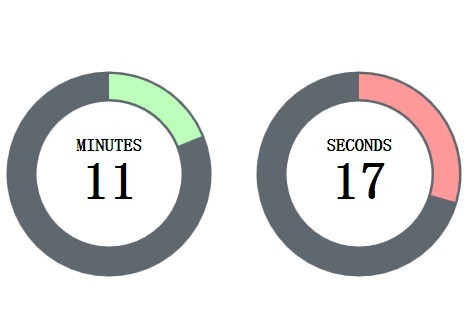 Maybe to the side a message saying that "you should type in your answer in a timely fashion, or cancel it so that others can use the slot".

I think that once you get to this state (the counter was shown, hasn't counted down to 0 yet and user has restarted typing), you should do a simple, quick animation, showing that the counter is "re-winded" : if you display the seconds counting down, make them count back up to the initial value real quick, or if you use some visual aid to show the time trickling down, "revert" the animation to its initial state quickly, etc. Then leave it there for another second or two and then make it go away. I believe this give the right idea of "now that you've restarted typing, the counter has been reset and it won't be an issue unless you make another similar break, at which point it will start counting from the initial value, not continue from where it left off on your previous break"

The state you describe appears to happen when a user is away from keyboard or no longer actually doing something. What would be appropriate is to put a gray overlay over the screen/survey with a messagebox in the center, modal dialog. This will show a kind of disabled state and allows you to put a timer and explanation in it. 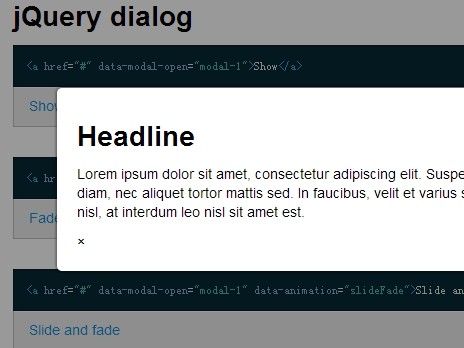 Something like "It appears you are no longer [ insert a good message here ]." "To allow other people to asnwer this survey we need to disconnect you in [ etc. etc. ]. "

The advantage is that the user will not be bothered with a timer when they are going through the survey as expected. Hence they won't feel rushed The small group of people that do go AFK will see why and still have a chance to respond.

To make user more perceptive of how time might work use something much more understandable yet not tangible to give exact measure. This will give them an idea that time is not infinite, and yet they won't be scared by numbers. 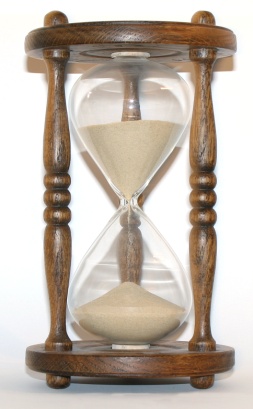 Showing the time remaining should and as well shouldn't affect the user. It must remind the user about the time and that it for which the input area where the user is writing can be highlighted with a mild red color to wake him/her up. As the color fades a small sandclock/digital time remaining can be indicated at the top.

This can also be like the color shrinking to the top left where the time ticks (similar to the minimize style in MAC- the genie effect). Hope this helps. Thank you

The way I see it is that you are trying to solve two problems:

At the start of the survey, simply have a message stating that "Please note that after 20 minutes of inactivity your session will be terminated so that other people may do this survey, thank you."

Upon reaching a threshold of 1 minute or 5 minutes of inactivity (your choice) remaining, show a pop-up window (modal window) which states "Inactivity Warning: You have been inactive for 15 minutes, this session will terminate in 5:00 minutes" and show the timer counting down in seconds. Once it reaches zero then give them whatever options you need to give them such as "Restart survey", "Go back to X page", etc... Give them a distinct choice and don't just leave them hanging with a "session expired" message.

I like MonkeyZeus starting message about freeing the slot for other people to use it.
As of he countdown, IMO it's annoying for the users that will feel pressed and won't enter the best data they can.
I like the ATM method, asking "Do you need more time?" after a TBD while.
One advantage of this approach is that slow users have already experimented in in the ATMs and know how it works.
If possible, collect statistics on how long does it take for the users, in average, to fill the data. Then you will know by sure the level of concern that's appropriate for this issue.

Not the answer you're looking for? Browse other questions tagged forms interaction-design countdown or ask your own question.

10
Slider-less time selection.
3
How to display a countdown timer?
8
Time slot selection
34
How to gently lock a form when user is still typing (after finished countdown)?
13
Show approximate time to complete on a form?
3
What method(s) would be needed to implement a single sign on to multiple existing sites?
5
Web App is offline: show [Reconnecting in…] countdown?
8
Nested edit states. What to do when edits are save-able at local and global level?
2
How to handle time input for different time zones?
1
How to differentiate same time zone