How to indicate that there is a context menu?

In my desktop app, there are some charts. The charts all have context menus, that show zoom options, "Save as...", and a couple of other things.

It is not clear to users that this menu exists. I'd like to hint to them that it exists. Or alternatively, show a separate UI control that duplicates the function of clicking the context menu trigger.

How can I best do this?

Here's a screenshot of a chart in my desktop app: 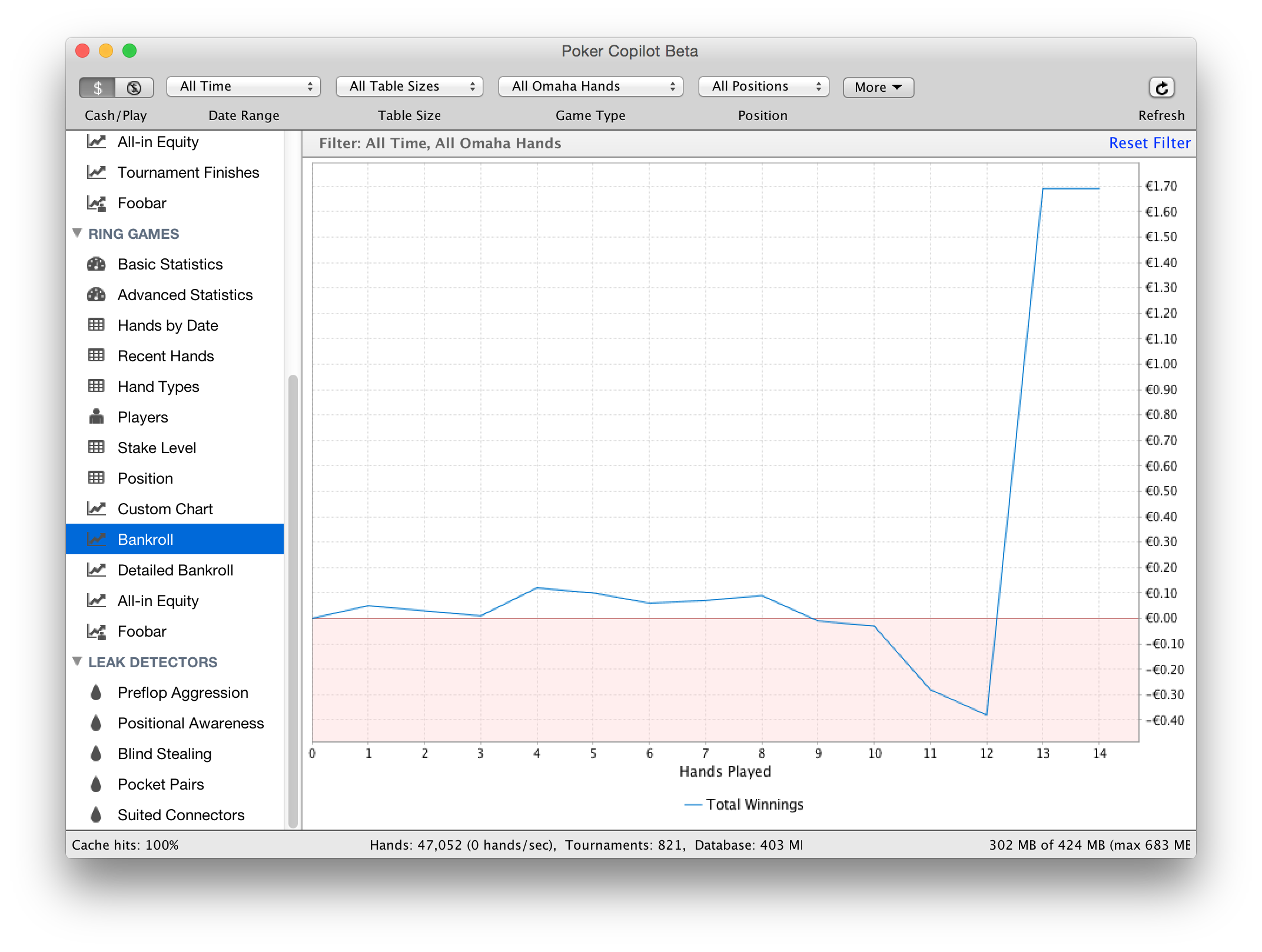 Here's a screenshot showing the same chart, with the context menu showing: 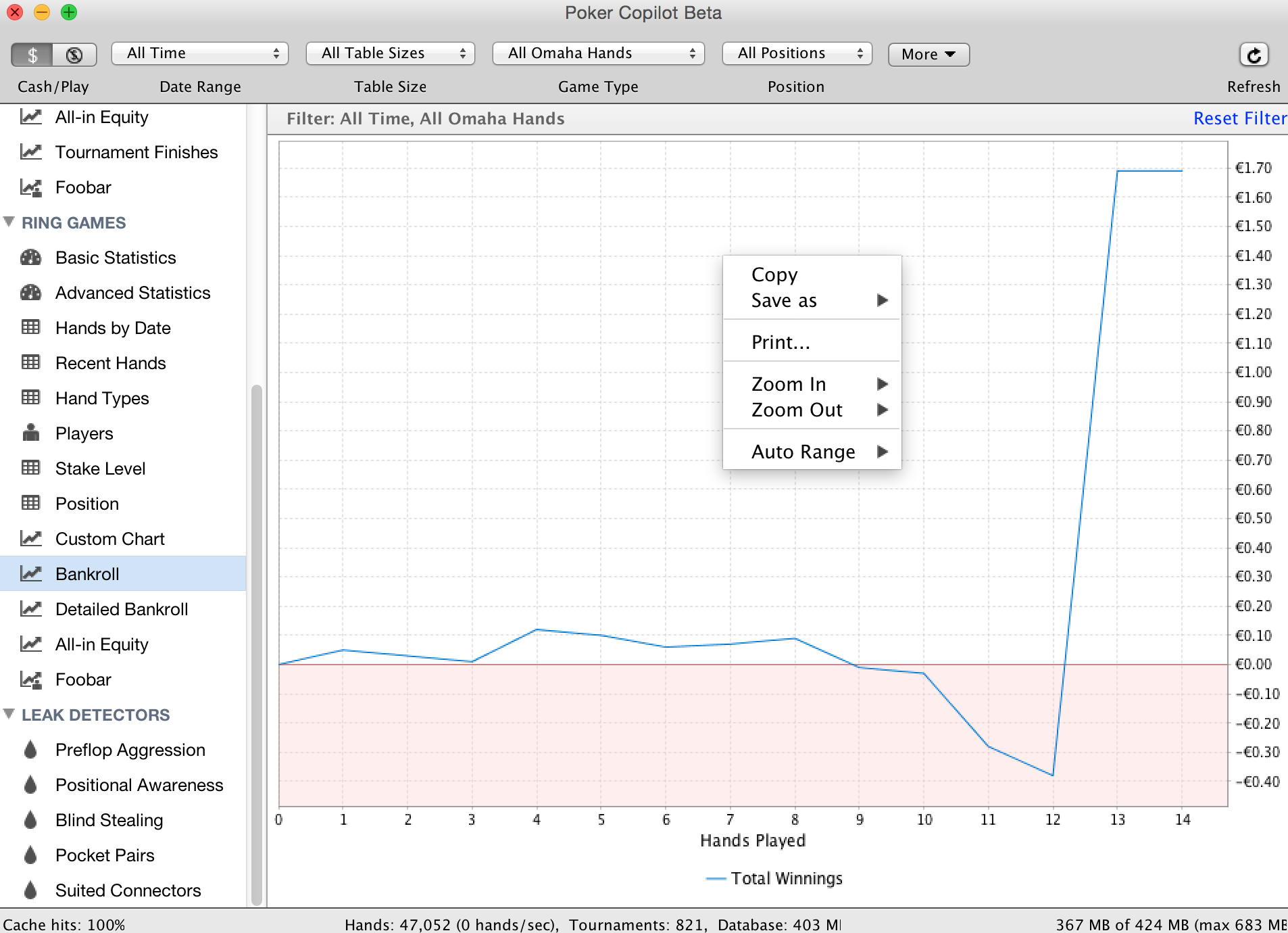 From the Windows Guidelines:

If so, consider providing context menus for the objects and window regions that need them.

Do you have information as to why they can't find it? And does the contextmenu contain functionality which is only available via that menu?

Commands in a contextmenu should also be available in your UI via actionbuttons/ menu's/Toolbars/etc. Things that are visible to the user so they can find it and click it. A contextmenu is not visible and if the user does not expect a menu, or is not familiar with the concept, they probably won't find the functionality 'hidden' in your contextmenu.

Do you use contextmenu's in other parts of your application? That could also cause the problem. If you don't use them anywhere else the users won't expect them to exist on a graph and probably won't bother to try.

You can also put a dropdown menu in the top corner of the graph. When you click it it gives you the same menu as the contextmenu. Below is an example from VS2012: 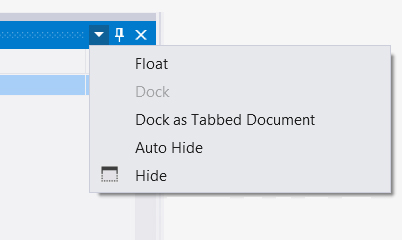 You are on the right track. You can do both.

Is there any reason why Zoom in/out/range functions are not available as buttons above the chart? If those functions are important, then they should be more prominent.

Right click in your browser and see that it offers a context menu, all those menu items can be found in the browser's main menu.

You can expand this by placing smart buttons and menu entries in the work area of the software, but my recommendations are often the common denominator between how programs use their menus and context menus.

Not the answer you're looking for? Browse other questions tagged contextual-menu hints or ask your own question.

0
Contextual menu in a web-app for professionals (i.e. formed by ourselves)
3
I miss the hidden right-click pop-down context menus like on Amiga Workbench. What happened to them?
0
Android: Hint/Clue to distinguish (product) categories from (product) items?
0
Where to put the context sensitive menu
1
Lazy context menus
0
2 selected objects - what context menu to display?
6
Is it bad practice to disable (replace) the context menu?
1
Popover Menu with Only One Item, but Potentially Two
1
Alternative to contextual menu in a web application