I have a large document management system that manages 1000s of documents. The organisation of this needs to be tightly controlled so it doesn't turn into a mess.

The way it works right now is that if you want to create a new document you first must have to declare its type. the system will then save it to a particular place according to business rules defined by the type.

The problem is that users are used to navigating to a particular point in the system, creating a document and expecting the document to be created there and they are not used to having to define types and classes. What makes matters worse is that on creation the system does not warn users the document isnt going to be created in the current location but somewhere dictated by strict business rules.

For advanced users they expect this behaviour and will expect documents to 'auto file' as it were.

My question: there must be a way of combining the best of both worlds into one system whereby a user is free to create documents wherever they want and for the file to be created in that location if required but still retain some level of auto-filing?

The only way I can think of doing it is to limit the number of document types according to where you are in the system. So if you are in a folder of type A you can only create documents that are members of folder A and no others. But this approach means that a user wanting to create a document from anywhere (an advanced user) cannot do this.

the user, when creating a document, has to specify lots of additional meta data which effectively defines the creation path. Couldn't this be handled by tree navigation? 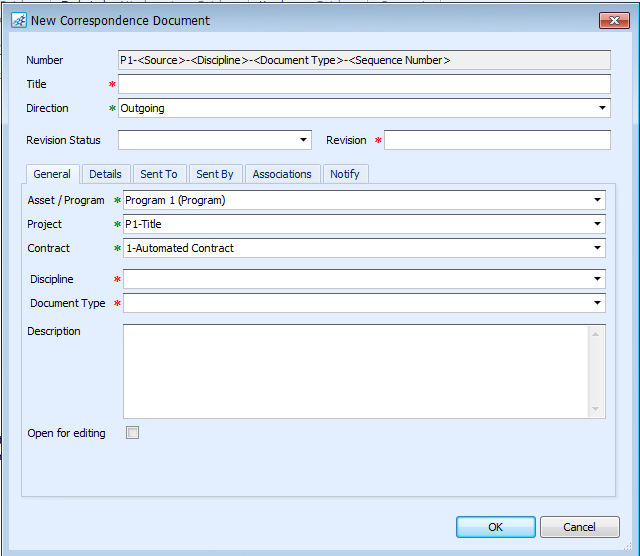 its a ballache i know. The only point you need to worry about is the asset/program; project and contract fields because they tell the system where to put the document.

But dont you sense this definition could be handled to some extent by the users position in the hierarchy?

I am so stuck

A user should be able to create a document anywhere in your system. Declaring its type is totally fine, as is it auto-filing the document.

Assuming that to be true, after the user picks the type and saves the document, show a temporary notification in the UI acknowledging the system saved the document with a link to where it filed location.

Another thing I would suggest is creating a place for a user to see all and only documents they have added...regardless of type/filing. 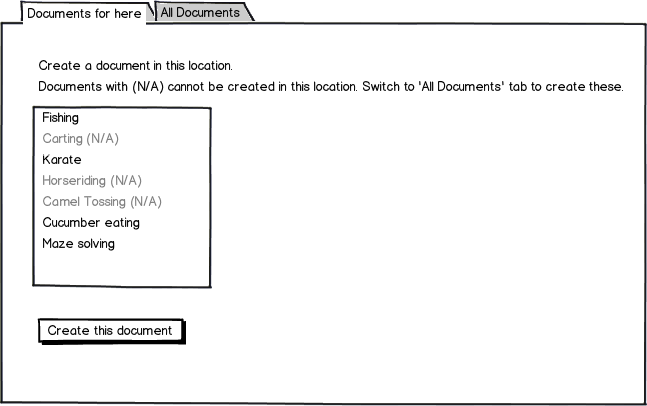 Not the answer you're looking for? Browse other questions tagged navigation information architecture or ask your own question.

2
Should I collapse subfolders when a user collapses a parent folder
13
Which type of help system is best?
3
Selecting a folder in a drilldown / column view
5
When to use the folder-metaphor?
136
Is the folder structure dying?
3
File Picker vs. Drag and Drop for Tablets
4
Can someone tell me SIMPLY the difference between site maps and IA Document?
0
Best way to organize process of adding child records to a parent record from a UX perspective
0
Should a Menu System be Centralized?
3
Creating an accessible, animated, and responsive navigation system