How to document multiple interactions

Is there a best practice on how to document complex or layered interactions like the ones used in the native Mail app of iOS8?

How is it possible to document in a clear way complex interactions and motion like:

There are many subtle details in the transitions and interactions that make it hard to capture them all on a coherent, readable and understandable document.

I would like to see examples of documents used in a real work environments, that are quick to produce and clear to understand for designers, developers and testers.

I work with Axure most times and this is how I usually approach - in my every-day, real work environment - the realisation and documentation of complex interactions (like the ones you describe):

This is how a very simple interaction on an automatically generated specification document looks like:

As you can see Axure automatically lists all the interactions (and their details) associated to an element, including - in this case - action types (e.g., fade), duration (e.g., 300ms) and movement on x and y axis (e.g., -70,0).

The interaction in the example above is very simple and has no notes. Things can get much more complicated.

For instance, this is how the documentation for a standard component I use (input field with auto complete search) looks like: 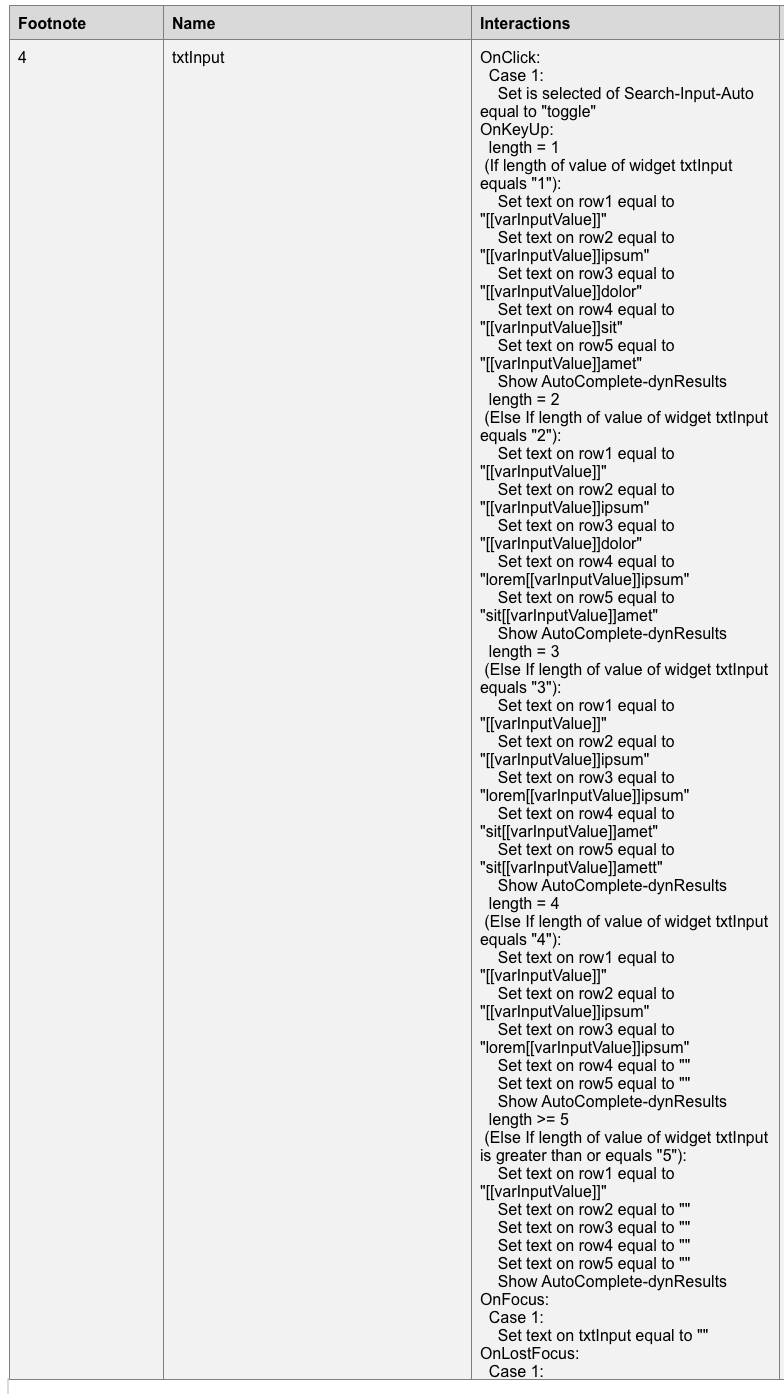 So, going back to your request:

I would like to see examples of documents used in a real work environment, that by nature are quick to produce and clear to understand for designers, pms, developers and testers.

This are my answers:

Not the answer you're looking for? Browse other questions tagged interaction-design documentation or ask your own question.

16
How do you define interactions in a mockup?
7
How to define interactions and animations in an extensible way?
18
example of a good software design document
0
What should be covered in a UI Standards document?
9
How to document user interviews
7
Points to be kept in mind while writing a document to redesign a web application?
8
Discoverability of complex interactions
3
How often should the same hyperlink appear in a document?
4
How to properly document UX bugs?
2
How to document continuous usability testing for monitoring over time?