Why do modern keyboards have Scroll Lock?

The Scroll Lock key is useless in the modern day, and some higher-end keyboards don't even have it: 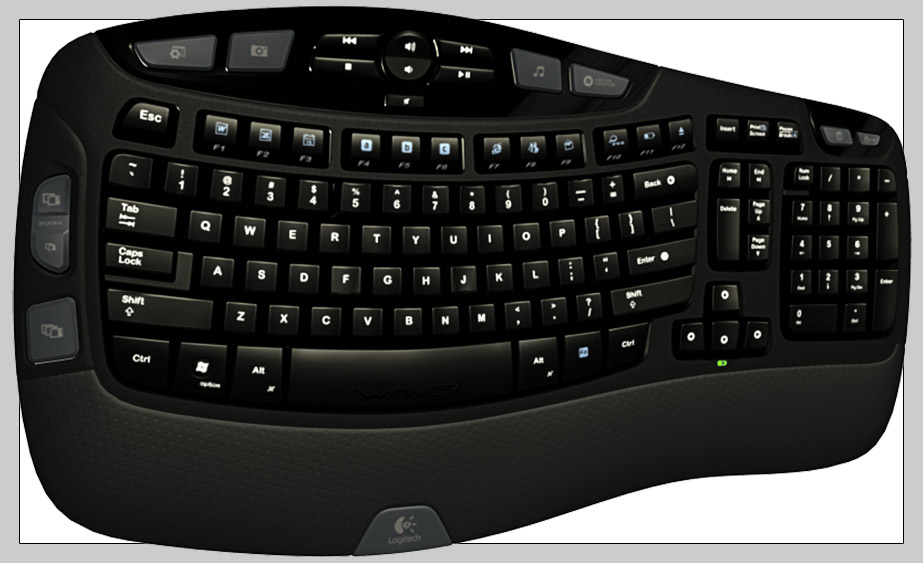 Same can be said for the Pause and Break keys, but however it pauses the BIOS POST output on many computers, so it's a useful key (some older games also use it to pause the game).

The Scroll Lock key doesn't do anything: it doesn't even lock scrolling as its name suggests. I can understand that some older keyboards have this key, but not the newer ones such as the keyboards bundled with many OEM computers these days; it's not like any newer computer is likely to run an older operating system such as Windows 9x. Games that use the Scroll Lock key may not even be compatible with newer operating systems.

Is there a historical reason for this or are keyboard designers just plain lazy to get rid of this useless key?

There are a zillion bits of legacy code out there many of which have appropriated the "junk" keys for application purposes.

You've not seen many of them because they are internal, mission-critical programs for which the cost of re-writing and re-training are huge.

To the best of my knowledge you can still put a floppy into a modern windows machine, run the 1985 version of Lotus 1-2-3 and it will work. Microsoft's most valuable feature is backward compatibility.

One major commonly used application that still supports Scroll Lock is Microsoft Excel. This makes sense if you work in spreadsheets all day and are used to navigating with the keyboard arrow keys more efficiently than the mouse. They still use it. In fact, when you google excel scroll lock, the first thing on the list is Turn off Scroll Lock - Office Support wherein it explains why and how it is still used:

Some text editors (such as Notepad++, Microsoft Visual Studio) exhibit similar behavior when the arrow keys are used with a Ctrl depressed.

My own Google searches are fruitless trying to find an explanation of what "on occasions" means.

The Wikipedia article also shows this question is not new. It quotes from the 1983 January edition of PC Magazine.

The article began with ...

An in depth look at a new PC-compatible keyboard
that for some users provides an appealing alternative
to the IBM original.

Oh, yes. About the "Scroll Lock" key on the IBM PC keyboard: Used with the Ctrl key, it is modified to server as a break when using a BASIC program. But by itself, IBM's "Guide to Operations" will only say it is an "inactive key."

To add a bit of history on the reason behind the scroll lock, quoting this article

The Scroll Lock key was meant to lock all scrolling techniques, and is a remnant from the original IBM PC keyboard, though it is not used by most modern-day software. In the original design, Scroll Lock was intended to modify the behavior of the arrow keys. When the Scroll Lock mode was on, the arrow keys would scroll the contents of a text window instead of moving the cursor. In this usage, Scroll Lock is a toggling lock key like Num Lock or Caps Lock, which have a state that persists after the key is released.

Only a few modern programs still honor this behavior, such as Lotus Notes, Forté Agent, FL Studio, and Microsoft Excel.

That said, even though the need for the scroll lock has been deprecated, most keyboard manufacturers still install the scroll lock as it was part of the older system and they are not aware of what it does and install it to be on the safer side. To quote this wikipedia article.

IBM PC documentation called Scroll Lock an "inactive key". When PC Magazine asked an executive of keyboard manufacturer Key Tronic about the key's purpose, he replied "I don't know, but we put it on ours, too".

The fact that you have a key that is unused in any modern application (Excel excluded) and has a dedicated hardware indicator light, it is perfect for use with something like Autohotkey.

For example, you can remap it so that the Scroll Lock key acts as a modifier to set your keyboard to use a different set of characters. This thread has a script that gives you entire Greek alphabet, all with one simple toggle of the Scroll Lock key: https://autohotkey.com/board/topic/113278-send-unicode-letters/

Personally, I have extended the Greek alphabet option further so that I can use Scroll Lock to give me a series of mathematical and engineering symbols as well, using the number and symbol keys. And, because it all relies on the state of the Scroll Lock key, I can make use of every other modifier key too - with combinations of Shift (already used), Ctrl, Alt, the Windows key, that gives me maybe 16 layers? (Maybe more with AltGr). Something on the order of a thousand possible characters,* all without worry of conflicting with another app's shortcut keys? That's any and every symbol you want, and/or a bunch of other languages, all easily switchable (and with a convenient light to tell you if you're in "special characters" or "normal characters" mode).

*Letter, number, symbol, and function keys are available, and in theory you could even re-map the navigation keys too (arrow, pgup/dn, home, end, delete, backspace, etc), or get really exotic and start using mouse keys/wheel...

Computer companies (Microsoft in particular) strive to be backward compatible. In addition to there being some software that still uses scroll lock (Excel has been mentioned in other responses), there is hardware that depends on scroll lock too. For example, many KVM switches use it as a hot key to switch to another machine.

In addition to legacy applications, some more recent applications use this key as a key that is unlikely to conflict with other applications.

For instance, the XFire social gaming program has a chat overlay that be shown during full screen games. Games tend to have a lot of special key bindings, so XFire chose to use Scroll Lock + X as the hotkey to load the chat overlay because it was unlikely to conflict with other key bindings.

While this is not a reason for keyboard manufacturers to continue including a Scroll Lock key, it shows that some developers still find use for it.

Pressing the Scroll Lock key in the Linux console while text is scrolling through the screen freezes the console output (but not input) during which no further text is printed on the screen, but the program keeps on running as usual. When Scroll Lock is pressed again the screen is unfrozen and all text generated during the freeze is printed at once. This allows the user to pause the display and read long messages that scroll through the screen too quickly to read, for example when the system is booting up.

17
Why is the caps lock key often so big on a keyboard?
11
Why do keyboard keys have (most) letters in top left corner?
7
Why do some keyboards extend the Return key up into the backslash?
9
Why Greek letter mu (μ) on European keyboards?
4
Why some programs use alphabetically layouted keyboards?
4
Why aren't keyboards' home and top rows aligned nicely?
1
Why does the numpad have arrows?
3
Why do we have both backspace and delete keys on most keyboards?
5
Why don't mobile keyboards have a delete button?