Why does the Caps Lock not toggle upper and lower case for selected text?

In most word processors, you can easily toggle many text styles. For example:

With Caps Lock, however, it is not a toggle function. Unless the program has a feature to convert the text one way or the other, the text must be deleted, Caps Lock hit, then retyped. This seems like part of the reason the Caps Lock seems so useless; because it is not easy to use. And how about that scenario where you hit Shift in the middle of a sentence for a name or something, but accidentally hit Caps Lock too? Then you don't notice until your wORK LOOKS LIKE THIS. nOW YOU HAVE TO DELETE THE WHOLE THING.

Why is Caps Lock not a toggle key, in this respect? Should it be?

The Caps lock key origins are in the Shift lock key found on old mechanical typewriters.

An early innovation with these typewriters was the introduction of a second character per type bar - the metal stamper hitting against the ink ribbon. The shift key practically shifted the whole type apparatus so it is the second set (capital set for letter keys) that would hit the ribbon.

The shift key was used with the little finger, so prolonged press was physically demanding. The Shift lock key simply locked the shift key in its down position. 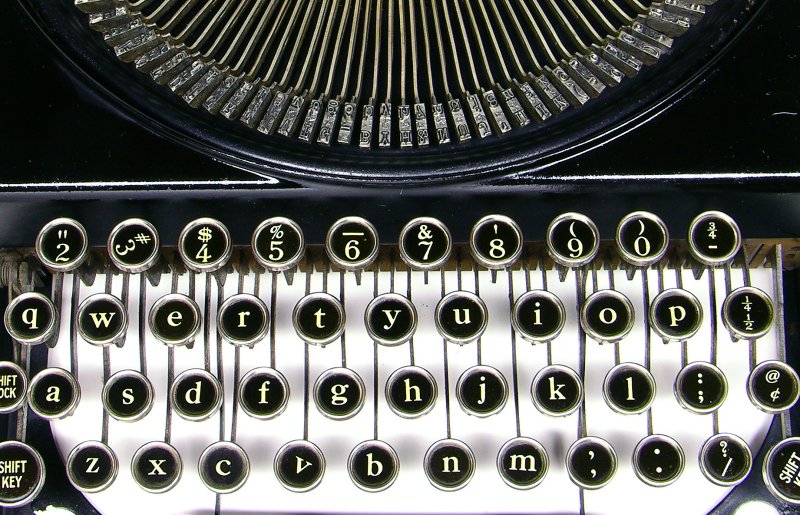 The Caps lock key is a toggle key meaning it has two states, as denoted by an LED on modern keyboard. This is in contrast to nearly all other keyboard keys which are action keys - they don't have two states. 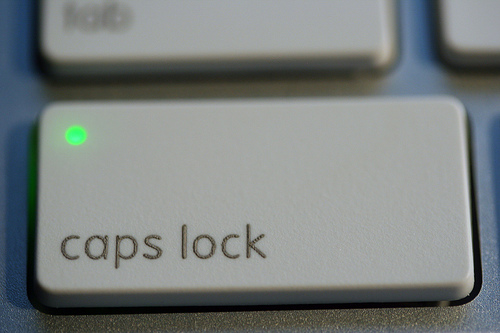 Now toggling upper/lower case on selected text is an action, thus the caps lock key is unfit for such purposes. Various use-case scenarios make little sense if the caps lock key would be a hybrid state-action key.

For instance, consider this:

Given your list Ctrl + B, Ctrl + U, Ctrl + I, to be consistent, if you want to convert the selected text to Upper / Lower case you should be using the Ctrl key (you also of course have Ctrl + C and Ctrl + X).

However Microsoft being Microsoft, they've gone for Shift instead. In Word, Shift + F3 is the action used. That might have something to do with why few people know how to convert case in Word, but many know the bold/italic shortcuts. Given that F3 is used for searching it seems a terrible choice.

Historically CAPS LOCK predates word processors and modern computers. On old school type-writers, there was no Backspace or Delete key. The functionality of the Caps lock key simulates that of a typewriter.

There is plenty of software that can fix this... for example in Sublime editor you can select some text then click Edit > Convert Case and select the type of capitalization you would like. In Microsoft Word 2007+ you can do this from Home > Case (the button looks like Aa ).

The logic behind shift lock

In addition to the excellent answer of Izhaki it also is interesting/useful to understand why a state toggle (the shift lock) was valuable on typewriters in the first place. When typewriters were used there was no way to typeset (well, there were ways, but it was relatively speaking far harder). Because of this it was normal to write titels in UPPERCASE rather than in a bigger font size or bold such as is the norm nowadays. The example below is far from perfect, as that's from a book where typesetting actually was available, but it still shows the trend to use pure uppercase as a way of typesetting which has come in disuse nowadays. 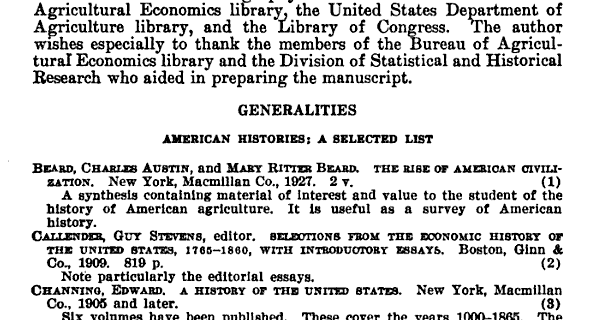 Sometimes entire introductory paragraphs were even written in caps, whereas nowadays we would simply make the paragraph italics or bold. I couldn't find any examples of this in Google Books, but found the following poor example on Google Images. 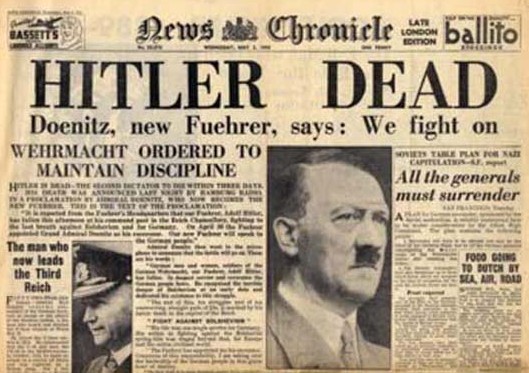 Caps lock isn't a toggle-key because it isn't an action key; it's a modifier key (see [1] though) - it just modifies other keystrokes without causing any action in and of itself. It could do what you want, but there is another problem with that: all keys send character values (or key values) to the input buffer of the computer. There is no single key that, by default, performs modification actions on text or otherwise. These are all implementation-depenedent. Caps-lock would thus deviate from the standard input model and this would violate consistency, unless all software developers decided to make consistent use of the key - which would then be a usability issue for developers.

Caps-lock is kind of a bad idea these days. The problem isn't so much how the key behaves, but that it exists. Much like the 'menu' key, it's only good when remapped.

[1]: kasperd in the comments states that Caps Lock isn't wired as a modifier. Read his comments for more details. My argument here is for Caps Lock as a held-down/toggle shift-key, hence my reference to it as a modifier.

I think the key has a poor rap from outgrowing it's usefulness. But why doesn't it toggle text? Look no further than the name of the key. Caps Lock, emphasis Lock. The key, by name alone, dictates that it's modifying the state of the lock; whether the text interpreter should be using lower or upper case depending on whether or not the lock is opened or shut.

If the key read Capitalize I could see your point, but I don't see it as something that's so hard to understand. Controls like Ctrl + B are mutators -- they mutate the user's selection. Caps Lock alters the lock's state. There is no mutation set to any selection. Same as if you selected a bunch of text and pressed A by itself. Keys on a keyboard themselves are not meant to mutate selections, software is meant to interpret combinations of keys and apply their own commands for selection mutation.

It just makes sense, whether or not how useful it is.

In non-standard PC's they can be deprecated e.g. Chromebooks no longer have caps lock key
Question becomes, is 'toggle a sentence capitalisation' an important enough (frequent or critical) operation to warrant a physical key? Clearly not ahead of other text emphasis Bold, Italic, etc

However in the case of a mobile device with touch screen and virtual keyboard there is often a significant difficulty with holding "shift". So typing in acronyms like "UNESCO" is either clicking

So one can expect the virtual keyboard to keep a "caps lock" equivalent facility. Also as text is difficult to mark-up on mobile screens, is unlikely to be sensible to support a work flow of typing lower case - then marking text and toggling to upper case.

Not the answer you're looking for? Browse other questions tagged keyboard toggle typing or ask your own question.

8
What is the reason behind the upper-case-lower-case behaviour of the Apple iOS keyboard?
17
Why is the caps lock key often so big on a keyboard?
3
Why is the "Shift" key below the home row and not on the bottom row?
18
Why does the caps lock key have a down arrow as its icon?
4
Keyboard navigation through form with multiple tabs
7
Why warn about caps lock for passwords, instead of ignoring caps lock for password characters?
3
Form with locked and unlocked controls
0
Semantic names for shift-click and ctrl(or cmd)-click?
1
Keyboard Shortcut For "Delay"