There's a constant debate on checkbox vs toggle.

Aside from personal feelings, what are the good arguments for using checkboxes vs toggles?

This has been discussed in much depth in many other related questions (see right pane on this page). So I'll make it brief.

Despite their relative popularity (eg, Apple use them as a standard interface control) toggle switches have an inherent state-action ambiguity; that is, it is unclear whether the label ('on' for example) is the current state, or the action.

Another issue with these is that the layman can easily conclude that in order to change the state one should drag the handle (like in the real world) rather than click anywhere on the whole control.

The style of the toggle switches in your example (which have only one label inside the switch) is somewhat a ludicrous attempt to take something from the real world and create an interface metaphor. Thus, this type of toggle switches also violate the form-follows-function guideline.

In the real world, switches are far more basic than the one's in your example, forcing manufacturers to provide labels and trace lines for all possible states. As in this real-world switch:

Checkboxes are easier to interpret

There are various ways to improve the usability of such switches, and one has to remember that these are both fairly popular and only require a few learning iterations before most users get it. But from a cognition perspective a checkbox is far easier (and faster) to interpret compared to a toggle switch.

Context might be a consideration in this debate rather than focusing purely upon the control itself.

The context might be a long data-heavy survey intended to be filled in with a keyboard, or it might be some user settings on an app destined for mobile or touchscreen devices.

Each situation may call for something different to enable the best user experience and results. 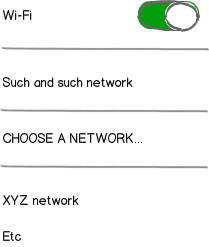 Interaction helps here by providing real time user feedback upon using the toggle control (the switch turns green and all the information appears).

I don't know the answer, but I do know that I would always try to consider context and interaction before choosing to use an alternative to the humble checkbox!

The implementation of the switch that you have show is not correct. Refer to the image attached. 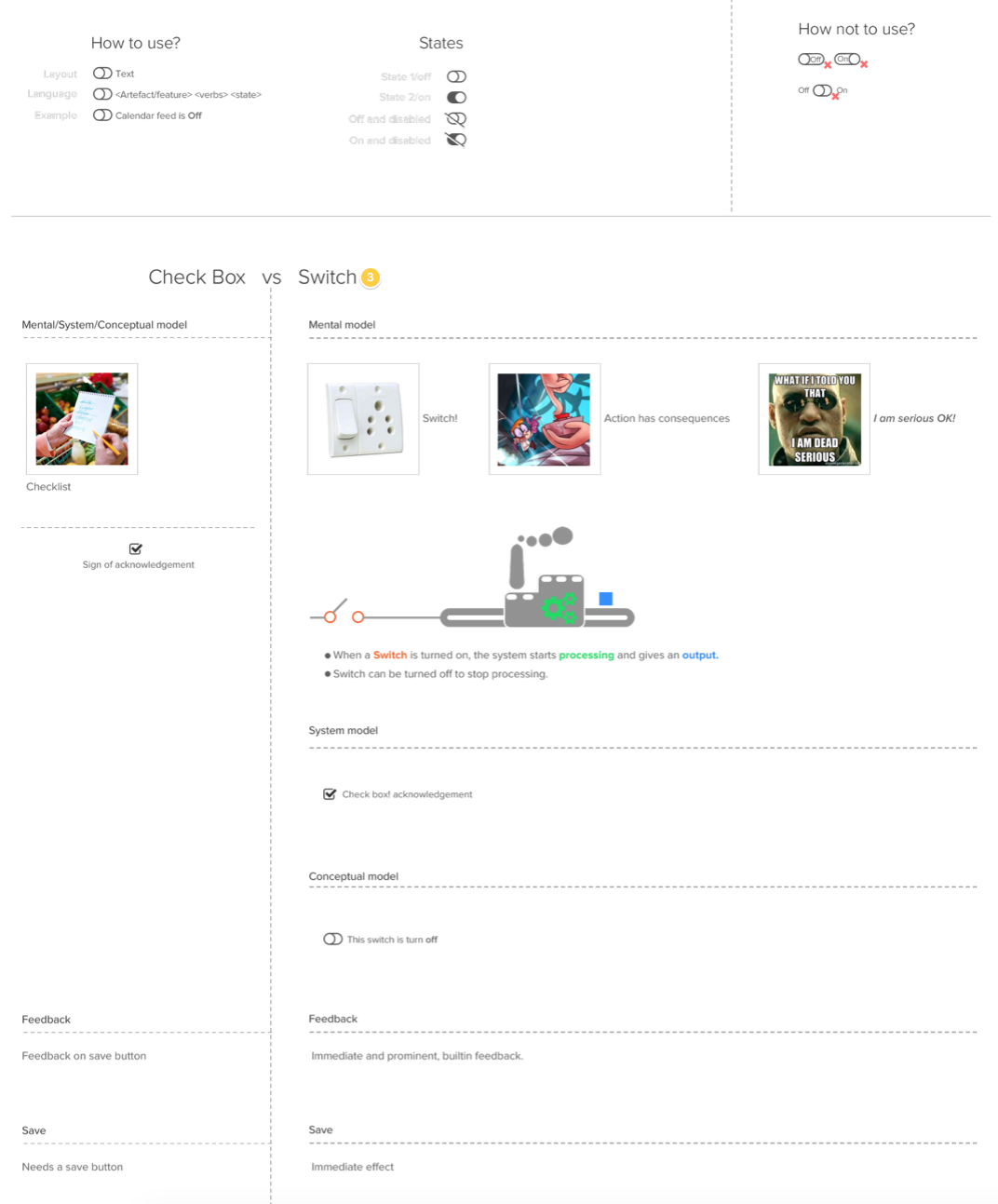 The IOS way of saying yes and no also is a little unclear to me.

I use checkboxes when I have a YES/NO or AGREE/DISAGREE situation such as this: 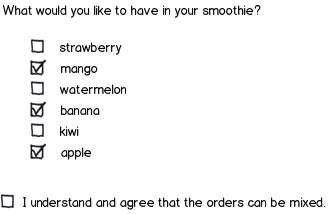 For a toggle, I use a selection between two situations in equal weight such as: ASCENDING / DESCENDING; or WOMAN / MAN

Others have said that the toggle indicates an immediate action, but I disagree. For me a toggle is an on/off switch, so for options or settings this is perfect.

Whereas checkboxes are for either confirming something as complete or for selecting items, like for example in a list when you're selecting items against which to perform an action. 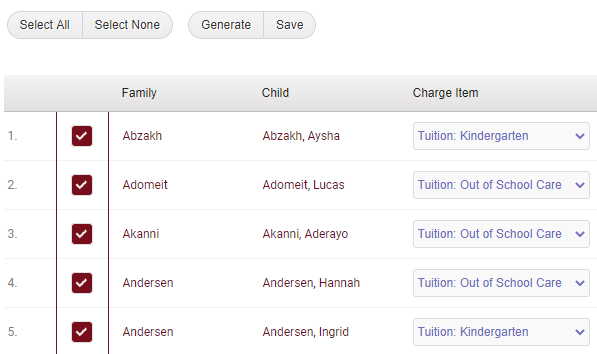 I'm trying to sort out this exact issue right now. For me it's about what selecting the option "means". For instance, I'm currently developing some control interfaces; one of them selects which "devices" will be used on a certain schedule, with sub-controls for how long they'll be used and a few other things, another control interface selects on what interval(s) the schedule will run. Under the hood they're both checkbox elements, but for the device selection I use "on/off" toggles (or a button that changes text/appearance on click for mobile) and for the interval selection I use a standard checkbox. The device selection implies an "engagement" of the device (it's literally on or off), but the interval selection is just that, a selection. That makes sense to me, and I feel like it's clear to the users...

All in all checkboxes are preferable but we shouldn't loose track of times when they are useful. Sometimes users - especially in expert scenarios simply need a DONE/NOT DONE indicator or APPROVE/NOT APPROVE indicator.

I'm including a graphic below (I removed all incriminating and sensitive information:)

Don't mind the "lock", the "envelope" and the red circle. All have to do with other actions.

If it's something that people think of in terms of ON / OFF then use the toggle: WiFi, Bluetooth,Vibrate, Sounds

But an EITHER / OR scenario use a checkbox next to each option to clear things up, like: 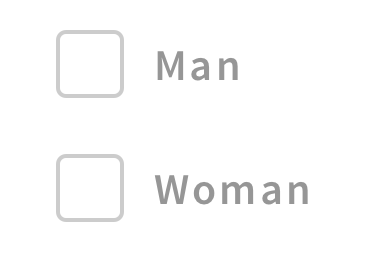 Or if it there is an assumed default state, like a forum where you post publicly...the default state is PUBLIC. Then you might want to specifically call out the alternative state with one check box, like:

0
Are check-boxes OK in app design, or should I be using native switches?
499
Should a toggle button show its current state or the state to which it will change?
15
Toggle button vs. check box and toggle switch
10
Should a "Select all" checkbox become selected if all checkboxes are selected?
14
iOS Settings Standards: Using Checkbox Rather Than Switch
11
Indeterminate state for toggle buttons?
2
A new way to display true / false values to user
9
Volume control and Pause/Play toggles are inconsistent, why?
3
Are toggles pro usability when used to autofill a form?
3
Integrity of "expand all" when user can expand/collapse children independently
See more linked questions

5
Checkbox Group Behavior
15
Toggle button vs. check box and toggle switch
0
Using different checkbox style for different checkbox behavior
2
For an icon/button with toggle functionality, is it better to highlight the icon on mouseover or to change it (to the icon it would toggle to)?
1
Toggle Switch on Navbar
1
Checkbox having effect on another checkbox
1
What's the best control to toggle between three states?
20
How to indicate a checkbox/toggle is "always on"
1
Can I use both toggle switch and checkbox in one modal?
0
Choosing checkbox over toggle switch for focus order?