When I started my computing carrer in the 1980s the tool we used were very different from those used today. At first there was no possability to even save ones work. You had to write down your code on a piece of paper and the next time you should program retype the whole program from scratch. A few years later, we could save the program on tape. 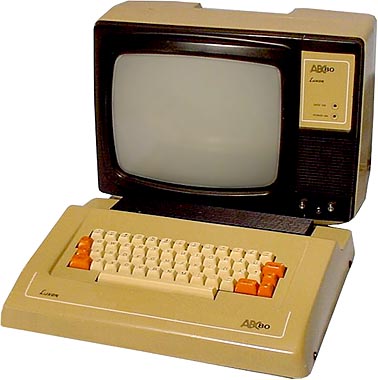 Later the tape changed to floppy disc where the 3 1/2'' is todays representation to save. But for younger users the floppy does not have a meaning. They might associate a USB memory stick as a more appropriate saving icon.

But for me, changing the icon to a memory stick, would make me confused. Does the icon mean save or save to memory stick. But consider a world were you could choose icon sets depending on which generation you're a part of. It could even be automated as in today digitized world ones computing device is signed in on facebook, twitter, google and other social networks. These networks know much more than your age, so technically it would be possible.

But would it be desireable to have different icon sets depending on which generation you belong to?

An icon is necessarily an abstraction of an idea which means that the farther removed the abstraction is from the reality the more confusing the icon will be. Representing cutting by a scissors icon makes sense because the word "cut" is being represented by the icon rather than the act of "removing something from a within a given context and storing it in the clipboard." In either case, the viewer has subjective perceptions which will influence their ability to understand and appreciate the concept or action that a given icon represents. That's why using words instead of icons eliminate any misunderstanding. Words themselves are only abstractions of ideas, but those sharing a common language can generally agree on the definition of most of the words they use on a daily basis. (words which are highly abstract like god, good, love, and evil, are exceptions)

An adaptive icon set would have to work on both the semantic level, the word being presented as an action, and also on the symbolic level, the visual representation of the word being presented. In both cases, the viewer approaches the icon with his own preconceptions. What we've done as designers, is to use symbols which our audiences either intuitively understand (like scissors) or have been taught to associate with a given word-symbol (like a disk for save).

The question is always how much effort is a user willing or able to spend on a given interface in order to learn the symbols necessary for operating the system. Given enough time, one could learn to interpret any symbols as functional elements of a system. Were all designers to agree to start using a square with a hole in it for "save", it would not take much time for a new learned symbol to enter the user's visual vocabulary. However, such a change might be complicated by the location of the icon in addition to its visual style.

Consider the uproar the recent release of Firefox caused when they moved the firefox icon to the opposite side of the window.

I could go on a long time, but I think I've said more than enough right now.

I don't think it necessary or even worth it.

The floppy icon just means "save". Even my kids who have never used a floppy disk know that it means save. They don't necessarily know that it once represented the medium to which we saved data.

Take another example "cut". This is often represented by a pair of scissors - it certainly is in Word 2007. This obviously represents the physical act of cutting up a piece of paper to rearrange the words. This has never been a representation of what you do on a computer, but it works because it represents the action and is now ubiquitous.

Changing the icon set will potentially confuse people as your application won't have the same icons as everybody else's.

There have been usability tests done showing that older users are slower and less likely to complete tasks that younger folks (e.g. teens) can complete quickly and without failure.

If you're developing an interface for only older folks, then create icons that make sense to them. And make sure that you actually do some user testing to make sure your audience knows what they mean.

However, if your interface crosses generations, my first questions would be: How would you know how old someone is? (You can't assume everyone would be both logged in and provide to your site their date of birth.) If you draw a line in the sand at 40 years old, if a user has his or her 40th birthday do they get an entirely new icon set?

Younger generations may eventually move beyond that and update their UI icons to refer to more contemporary objects (such as iTunes moving to a generic note icon rather than the CD) but keep in mind that younger users aren't nearly as cautious when it comes to navigating a user interface. They will explore and click/tap to figure things out. In otherwords, they'll learn any interface if the desire is there (not that that is an excuse to design bad UIs, of coruse ;o)

Not the answer you're looking for? Browse other questions tagged icons customisation or ask your own question.

255
Save icon, is the floppy disk icon dead?