How to refer to that '#' button on the phone?

How to refer to the '#' button on the phone so that every (or at least, most) user would understand?

The name 'hash' sounds quite technical. While every programmer do (should) understand what is 'hash', I'm not sure if I should expect it from the non-programmer.

In Polish, it's referred as 'kratka' (grid, grille), which is quite mnemonic, however some users still find to identify it (they are looking for some physical grid or anyway).

Hash is very standard, and the term is certainly recognised in the public domain due to social media terminology.

If users were still confused I would subsequently offer 'Pound' then 'Sharp' in that order.

If this is targeted at a younger audience, they will immediately know what button you are talking about if you say "hashtag" I know that sounds silly, but it will effectively communicate the point. In America, that key is typically referred to as "the pound key".

Here in America in most forms of mainstream media you are bombarded with a constant stream of hashtags, Twitter is referred to extensively and regularly in American news. Even the President's wife posted a picture of herself holding up a Twitter hashtag.

Here is an article complaining about the phenomenon I am talking about.

Per the ITU, the # symbol should be referred to as square in the context of telephony.

On the 4 × 3 array, the symbol on the button which is immediately to the right of the button 0 (in the 6 × 2 array, the corresponding button is located below the button 0) and which, according to UIT-T Q.23, is used to transmit the frequency pair 941 Hz and 1477 Hz, should conform in shape to the specifications given in Figure 3 or 4....

The symbol may be referred to as the square or the most commonly used equivalent term in other languages.

However, the ITU also mentions this in a footnote:

In some countries an alternative term (e.g. "hash", "pound" or "number sign") may be necessary for this purpose, particularly where the form in Figure 4 is commonly used, in which case it is useful to select and to recommend a preferred term for consistent use nationally.

Unless you decide to "live by the books," it may not be the best idea to be calling it square, this may confuse people... a lot.

Typically in the United States, the # symbol is typically referred to pound in the context of telephony, and sometimes referred to as hash. The practices of this date back to the early 1900s when "lbs" was often abbreviated # in the trade of goods. For example, 5 pounds could be abbreviated as 5#. This practice has long been abolished, and in the previous example, it could be written as 5 lbs. (2.27 kg) now.

Unless you are catering to a specific audience, it is generally acceptable to say it like in the example below:

Starting in the 1960s with the introduction of Touch-Tone™ phones, BT tried to standardise the term gate for the # symbol. However, that practice did not last. Typically in English speaking countries outside of the United States, the term hash is used when catering to all audiences now.

Outside of the English language

Outside of the English language, it seems each locale has their own specific term for such a symbol. When catering to an audience who may be speaking English as their non-native language, it is generally best to just say hash, as that is the term most will be able to understand.

What follows is a recording of the text below in both Australian, American, and British dialects.

That agent is already on. Please enter your agent number followed by the # key.

It should be noted that even though this British example uses pound, the British use hash more frequently.

I believe that for phones it is usually called the pound sign in English.

In Dutch it is called: "hekje" (the little fence).

http://blog.dictionary.com/octothorpe/ also shows some interesting background on it's usage and history.

Section 3.2.2 of the ITU standard "E.161 : Arrangement of digits, letters and symbols on telephones and other devices that can be used for gaining access to a telephone network" says...

The symbol may be referred to as the square or the most commonly used equivalent term in other languages.

Given the global rise of Twitter since this document was last updated (and terms like Hashtag becoming common parlance) most people would be more likely to recognise Hash than Square which is recommended (or Pound as commonly used in North America).

The name 'hash' sounds quite technical. While every programmer do (should) understand what is 'hash', I'm not sure if I should expect it from the non-programmer.

During my stint as a software developer (before I started to care about the people who actually had to use the stuff I wrote) I never referred to the '#' character as "hash", nor did I ever hear it referred to it as such in school or industry. It was not until Twitter that I heard it referenced as "hash" on a significant scale.

When I speak to software developers today I still never call it "hash" in the context of programming.

My point: "hash" is not technical, at all.

This is a symbol that suffers a great deal from both chronological and geographical prejudice. As other answers and comments have pointed out, your geographic location has a great deal to do with how to refer to this character. In my case, my perspective is from the United States.

Chronologically you will likely find differences too. I am just old enough to remember when rotary phones were just slightly more common than touch tone phones. In the United States the '#' character has most frequently been referred to as the "pound key". It is still predominately called this, as I still dial into conference calls (to give just one example) and am prompted each time to "enter your pin, followed by the pound sign".

Younger individuals will most likely more immediately identify the symbol as "hash". Given the proliferation of social media the terms used (i.e., "hash") in those medias are becoming more prevalent.

Looking at Wikipedia's entry on the "Number Sign" begins as follows:

Number sign is a name for the symbol #, which is used for a variety of purposes, including (mainly in the United States) the designation of a number (for example, "#1" stands for "number one"). In recent years, it has been used for "hashtagging" on social media websites.

The Wikipedia entry continues with several "Origin and usage and naming conventions..." sections for the United States, United Kingdom and Ireland, and other names in English.

There is also a section on how the sign is used in programming. Notice that nowhere in that section does the word "hash" appear.

Who are your users?

If you look at the number of Internet users by country you'll notice that the United States is a primary market. Add up the European countries and you will get close to an equal market share, but are all those European markets your targets? Even if you have no specific target, you will want to capture the markets that frequent your site the most.

What are some other examples?

Right here at StackExchange, the help section on headers refers to it as a "hash".

Dictionary.com has an article on this topic: What should you call the #?. 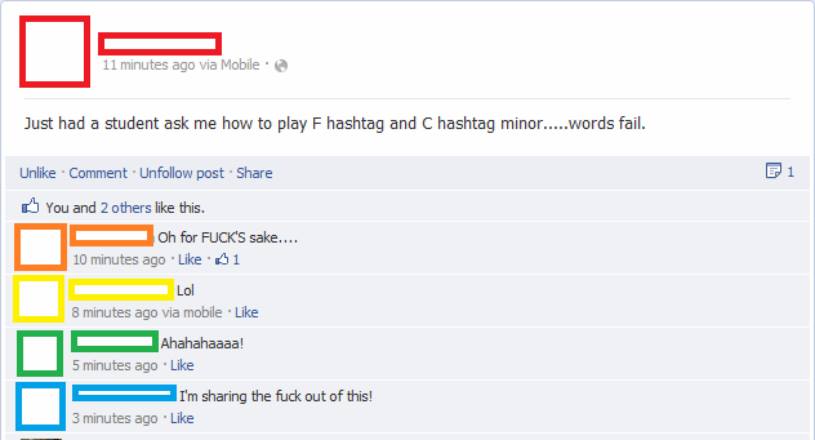 What do you call it?

Your question is specifically calling out a phone. Using "pound" will be widely recognized in the United States, and may be recognized outside the United States in some instances. However, "hash" is more commonly used outside of North America and the term is easily associated with the symbol by individuals, generally regardless of geography, familiar with social media.

Calling it the "hash key" will very likely capture the widest market.

Not the answer you're looking for? Browse other questions tagged names or ask your own question.

19
Should apps allow the use of non-Latin names?
10
How important is the match between name and content for a domain/site name?
2
What should be the label/name of the button?
2
How to collectively refer to Followers and Following?
3
Should I call my button “Unjoin” or “Leave”
2
How to Truncate people's names on Public Display?
1
Displaying First Name vs Full Name - Is one less formal than the other?
7
Putting names on international business cards in a helpful way
0
How Would I Tell the User That I'm Accepting “MSDOS Wildcards”?
1
Delimit multiple names that are display like lastname, firstname