I need to create an app which allows users to score sections of a questionnaire. The score ranges from 1 - 10, speed would dictate that buttons would be the fastest way to do this and it is something we have done before when the scoring system ranged from 1 to 4. However would 10 buttons take up too much space, would the buttons would be too small to be accessible?

Can't see many pitfalls with this, can you?

Would appreciate your ideas and comments.

My concern is for your engagement. A score range of 10 is a lot and it could scare of users. Especially when there are a lot of items to be scored. Few weeks ago I was asked to fill in a questionnaire while waiting on the train. They asked me to rate the station on different aspects. The first five I filled in seriously. By the end (and there were only 15 questions) I was hardly reading the questions and just semi-randomly picking a score.

Reducing the range will work best for your engagement. 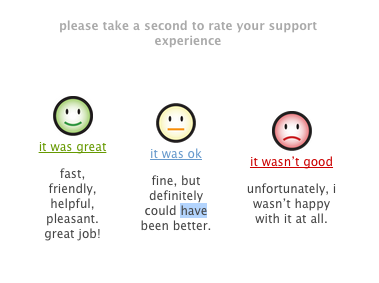 Shopify has a great support and they almost always follow up on their customers that have questions, just to be sure. At the end of their emails they'll ask for a score. In the image you see just three options visually supported by emoticons. Choosing is easy and elaborating on your choice is optional. 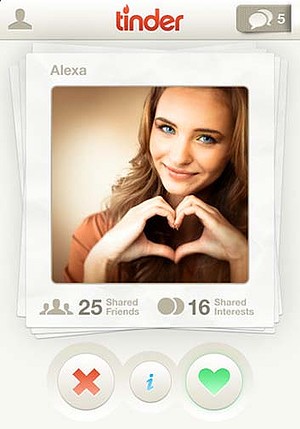 Tinder is a dating app that has grown popular because of the ease. It's a bit superficial, but it works! What makes this app work is the rating part. Just two choices. Yes or no. Easily done.

Polar does this great too. Polls with too many options will give irregular results. The idea behind Polar is, why not cut the poll up into multiple little polls. Polar says engagement will go up way more with their multiple simple polls than with one bigger poll.

My advice for you: Give the user two or three options. Fun / neutral / boring if you want an overall score of a particular part of the questionnaire. Or break it up in multiple questions. What did you think of the questions? Simple / Too hard. Etc.

If you do have to go for a rating of 10, I would go for the buttons. Sure there are a lot of them but they still only require one click where the other two will require an average of 5 clicks and as for the slider, that one requires more concentration.

Not the answer you're looking for? Browse other questions tagged mobile-application or ask your own question.