How to Design a better Timeline Navigation for Responsive Pages?

I was trying to design a Timeline Navigation component for a responsive page. So i started with mobile view(320x480) and made a wireframe. Please check the wire frame below 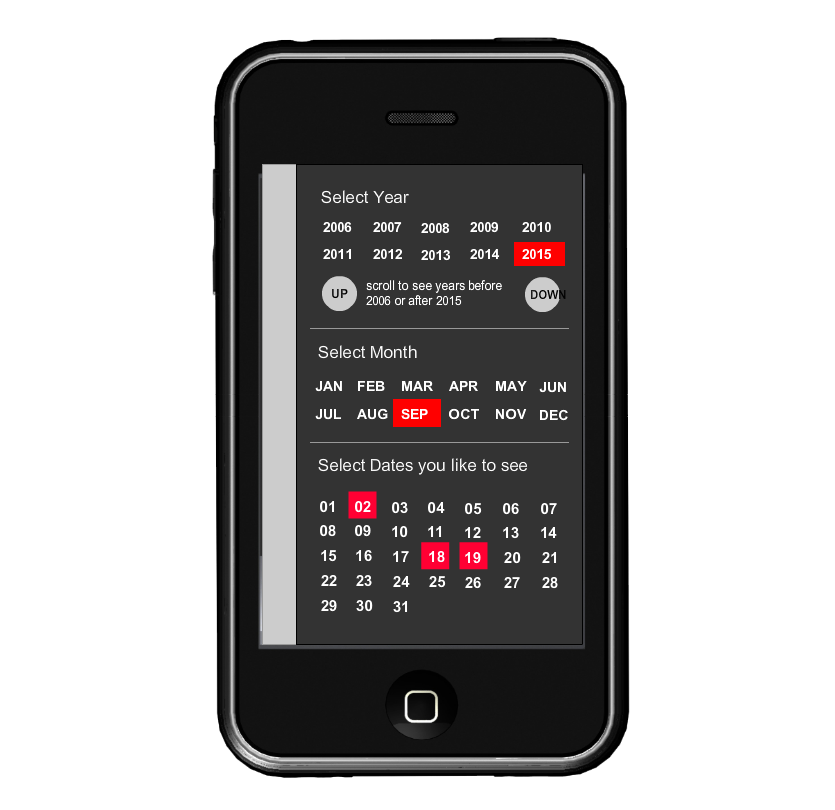 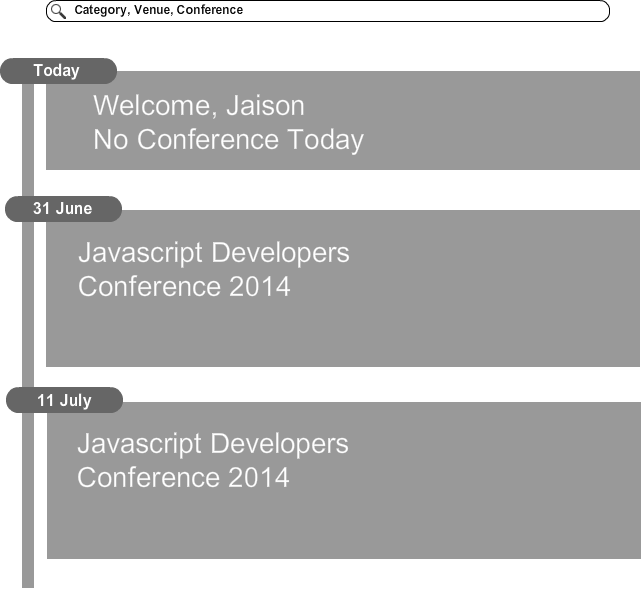 Did you intent to post a picture of the actual timeline? Because it is not there :)

In terms of the filtering, I read the filter applied above as:

What I think you want to do is to set a range of dates and basically show a subset of the timeline within that range. Depending on how you design the timeline, this could be solved simply by zooming up the timeline, thereby hiding dates beyond the visible bounds.

Maybe the problem you are trying to address is the fact that there might be a lot of activity within very short time and you want to clear that up. My argument is that filtering by dates is probably not going to be great, as there is rarely a semantic correlation between a specific date each month (payday, maybe, but that might shift from the 28th to the 31st or maybe even 1st in some cases).

Don't you have some more semantic metadata you could use to filter your timeline?

As an example, say it is a CV visualized on a timeline, you could pinch to zoom in on a specific fragment of the timeline. There you realize that there is too much activity to see what is going on, so you filter the timeline to show "internships" or you filter it to show "jobs involving PHP" or something similar.

Also for the visual design of the timeline, I had to do a responsive site with a timeline recently. I ended up having a horizontal timeline on desktop-size displays and a vertical one for mobile devices. Seemed to work well for me. Just a quick tip.

Not the answer you're looking for? Browse other questions tagged usability design responsive-design user or ask your own question.