I'll use Gogobot as an example. From the home page of the app, the user can click the "Trending" link, to navigate to the trending page. 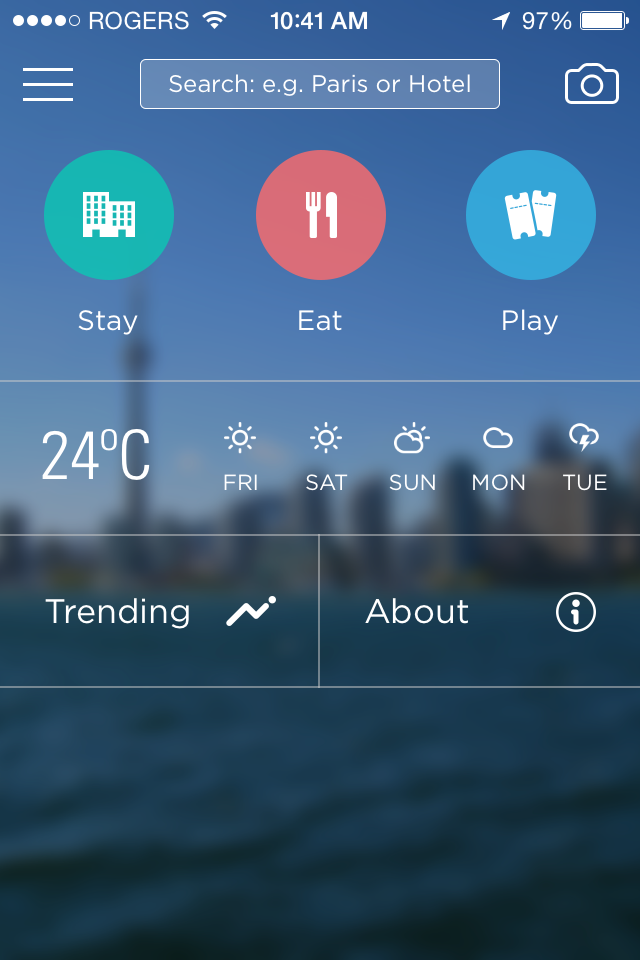 In this workflow, the icon in the top left becomes a back/up button. 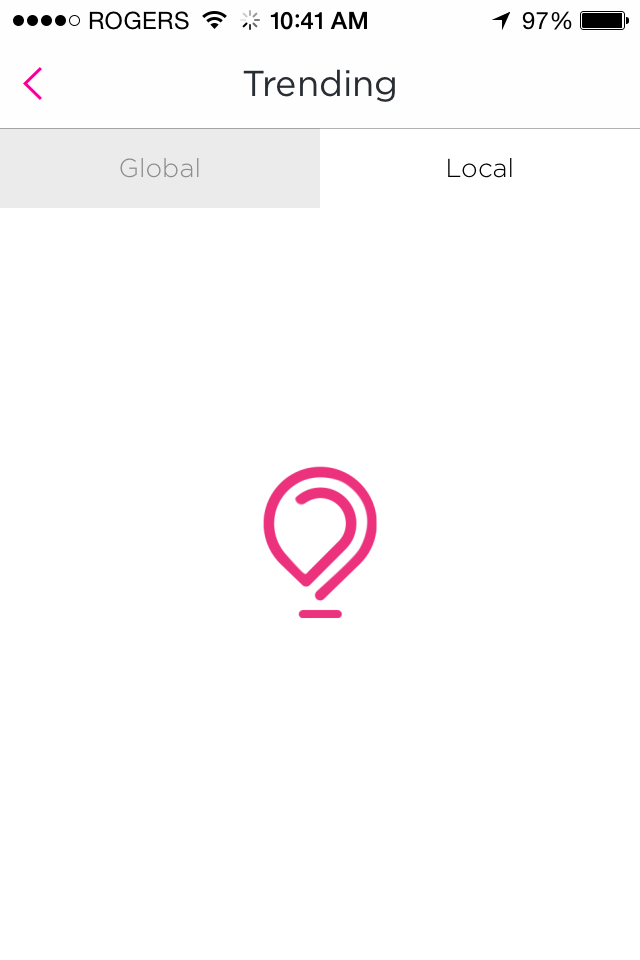 But when accessing "Trending" from the side nav. drawer, the icon remains as the 3 lines representative of the nav drawer. 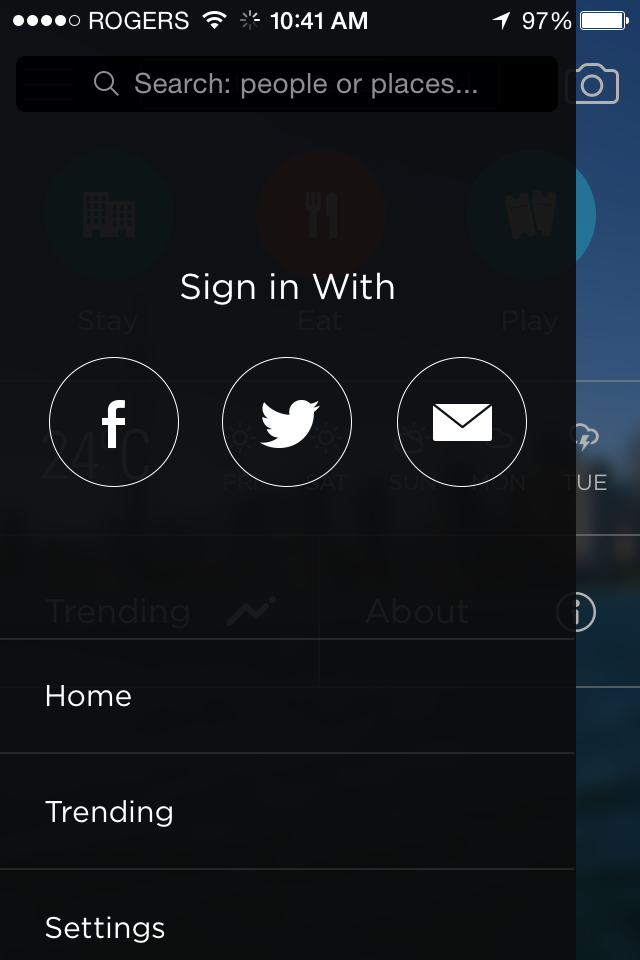 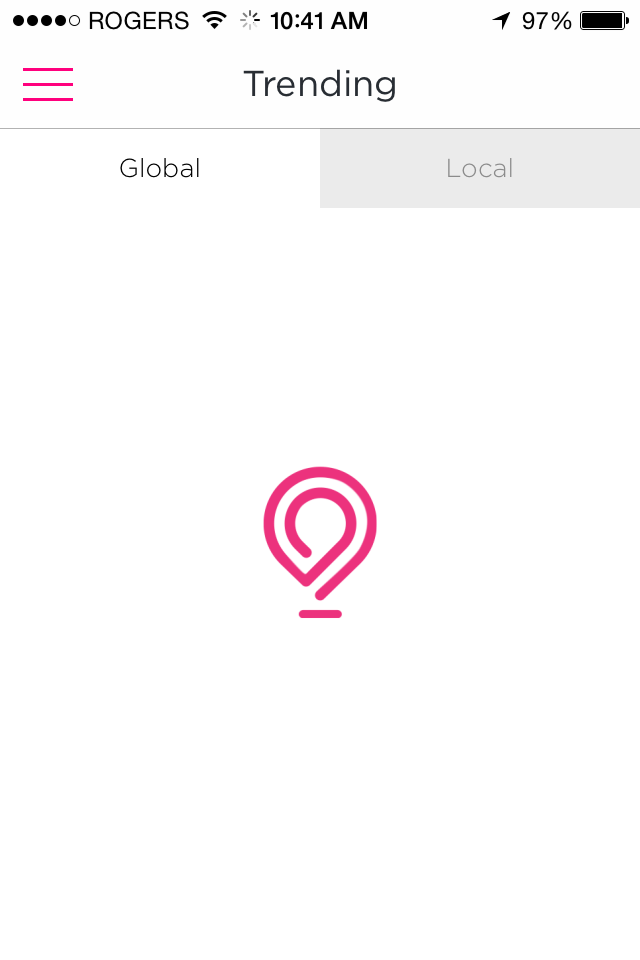 I understand this design decision in using the conceptual model the user has of the app, though this creates inconsistency when on this page. Getting home is not always the same workflow.

I'm curious as to what the common/accepted thing is to do in this situation.

If you think about it, the default iOS guidelines somewhat reflects Jef Raskin's idea about zooming interfaces:

As you work your way deeper into the navigation hierarchy transition animations will slide you towards right and if you move back they will slide you to the left. If there is some sort of contextual popover it will always slide in from the bottom.

Even though we are not navigating a canvas as explicitly as we are in for instance Prezi, that's still what we are doing and the consistent slide-animations provides a subtle way to give the user cues about where in your app he is.

If you ad an off-canvas menu and a hamburger icon to that pattern, the idea is that the menu must be the first level of navigation and from there on you drill down in the hierarchy by moving to the right.

For this reason I would argue that you should replace the hamburger icon with a back-button whenever you are on subpages, as to not ruin the conception of this "virtual world" you are navigating. This is actually the way Facebook worked "pre iOS7". In addition Facebook allowed you to get directly from a subpage to the menu by swiping from the left, but I don't think a lot of people knew about that.

If you have a deep navigation hierarchy, however, this might not work as the user might end up having to press back > back > menu too often. In that case you might have to stick to the hamburger and then either skip the back button altogether or maybe provide it within the menu.

As for Android you should not provide a back-button in-app, as it is already available on the phone, either as a real or a soft-button.

I would suggest a Back icon in both scenarios. It will provide a consistent look. Also, I don't feel anything wrong with displaying a Back icon on a screen where you move through Navigation icon.

Not the answer you're looking for? Browse other questions tagged mobile navigation android ios consistency or ask your own question.

6
Thoughts on mobile 'matrix' style navigation?
9
Back Button and Menu Button in Top Navigation for iOS
2
Back button in Navigation Drawer on iOS?
7
Navigation drawer and hardware back button: when on root level, exit app or go back?
23
Are there alternatives to hamburger + drawer menus?
7
What is the common practice for app bar behavior when navigating from Home to child?
7
Android UX - When to use navigation drawer
2
Back Navigating with Android Fragments and Navigation Drawer
0
IOS - Back icon + 'back' label vs back icon only
2
Can I customize app bars on each destinations in a bottom navigation bar?