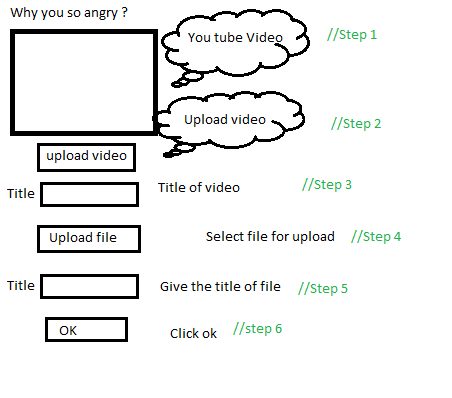 This are six steps, however, I feel that this is not the right order for the form.

Maybe I got your question wrong, but I'm just wondering why you actually try to define six steps in the first place. In my opinion it would be well possible to put all input and upload fields on one page – and then let the user decide in which order he wants to fill out the fields.

Having everything in one form / one page could be particularly handy when uploading (large) video files: the user just has to fill out all fields, point the upload buttons to the files – and once you hit submit, the form would be submitted and both resume and video would be uploaded.

It feels like you're providing a video and then asking the user to upload one. Why would there be a video there already if they're just about to upload one?

You have a few options of what you could do. Like YouTube you could offer the upload option somewhere permanent no matter the video they're watching. Uploading a video has nothing to do with watching one, or any current one on screen. 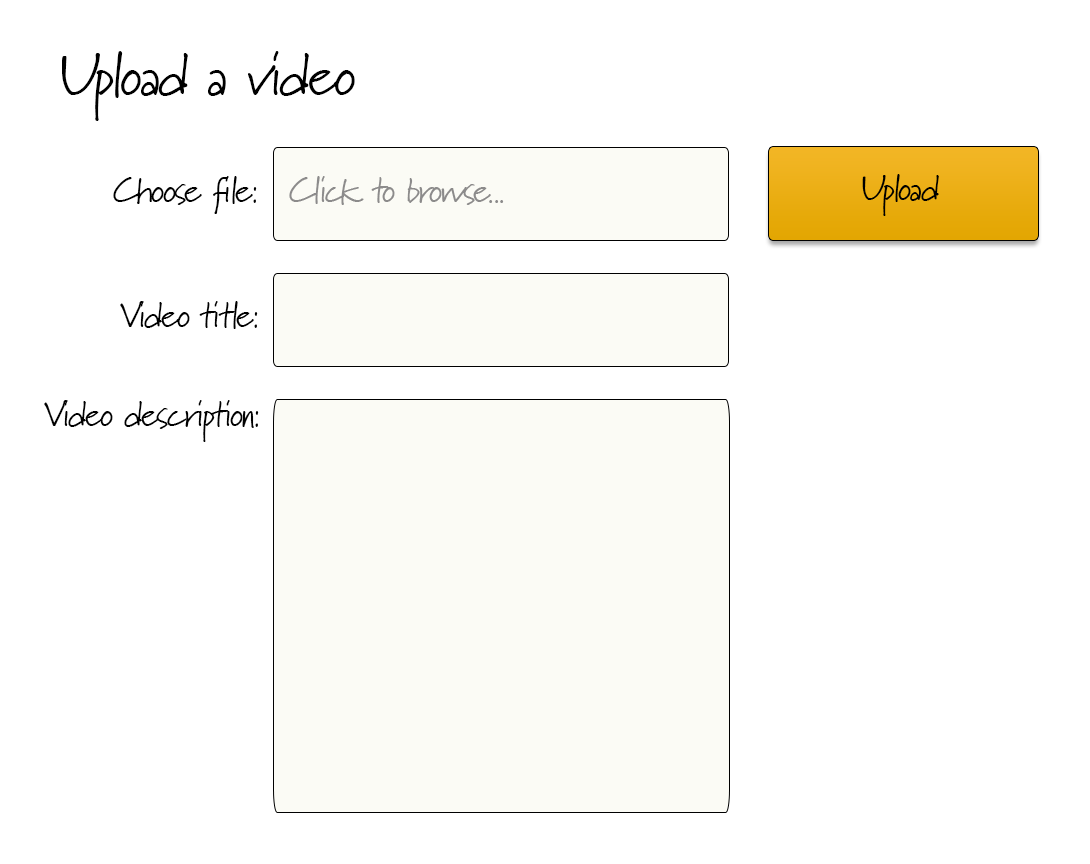 Here you narrow down the form, by providing a placeholder of how to deal with choosing the file. Have an on-click which brings up a dialog to choose the file. Upload is next to this textfield so while it's uploading (and have an AJAX spinner) to alert the user it's been acknowledged. Naturally it's the next step, because the user wants to know if it's been accepted before having to fill out all of the details. Rather than find out later and have to rewrite the information a bunch of times.

Then the user goes on to fill out the title and maybe a description. Once it's uploaded, a next button can appear at the bottom right, next to video description or a preview button.

Not the answer you're looking for? Browse other questions tagged website-design gui-design web or ask your own question.

0
Single replacement for: “Upload a document” and “Upload a Video”
1
Is there any research on when we should provide search for website (Desktop and Mobile) and when not?
2
Where do you position the title of a video?
11
What symbols should be used for YES and NO when the user can't read?
3
Why does YouTube add a space at the end of title edits?
2
How long should I wait before animating the navigation bar in/out when the user scrolls?
1
Should I guide the user in their account set up? Designing for web
2
Should we display Title of the Menu on the header even though user can see the menu title on the sidebar?