I was wondering what the association between gears and settings is because the symbolism/iconography is not clear to me. I can see that in the old days people might have used the wrench or screwdriver (sometimes a hammer as well) to make adjustments to machinery that is equivalent to changing settings, but these days it is mostly switches and toggles but I believe people prefer to stick with icons that they are familiar and comfortable with.

As a side question, I have wondered just how many teeth on a cog/gear does it take to make it look like a settings symbol (and whether it should be even or odd numbered). It seems like too many or too few can be unclear, and it seems like the optimum number is between 6-8.

Traditionally the operation of a mechanical tool was determined by the physical constraint of the position/type/size of the gears used. So if you wanted to change a tool setting, you would have to manually make an alteration to the gear(s). Many machines worked this way, even ones you would not think of, such as printing presses, folding machines, etc.

Therefore, using a gear for settings is a metaphor that has made its way into our visual language lexicon. If you want to change how 'something' operates you need to alter the inner-workings of the system, which was often the gears.

Another metaphor for its use is that of a traditional watch. In fact many watches are now designed so that the user can see the actual inner workings. 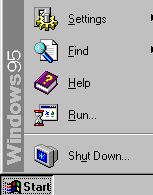 In more recent times, the original iPhone OS (introduced in January 2007 but not available to consumers until June 2007) used a detailed gear icon for its Settings. This has been maintained (and enhanced) within recent versions of Apple's iOS. Apple then also adopted a similar icon for it's System Preferences in Mac OS X 10.5 which was released on 26 October 2007.

The popularity of iOS helped to encourage broader adoption of the gear icon as a metaphor for settings, and a plethora of gear icons have appeared on digital imaging stock libraries (e.g. iStockphoto.com) in recent years.

As for what was used to portray 'settings' before a gears icon, you would have to assume that there was no need for such an icon until the onset of graphical user interfaces. And, since Apple were the first to use a graphical user interface in the mainstream with the launch of the Macintosh computer in January 1984, you'd probably have to go back to when the Mac OS first introduced a Control Panel. As far as I'm aware, the first control panel was introduced in February 1986 with Mac OS 1 (which was actually the fifth version of the OS). Initially the control panel was just a single desk accessory type application containing all the settings within it, and this had no icon associated with it at all. See the Mac OS 1 screenshot below for how this appeared: 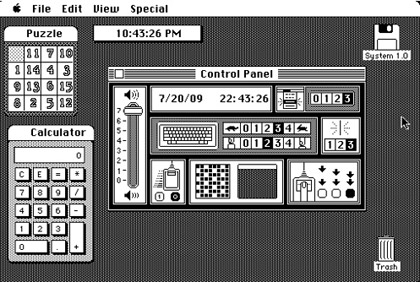 Despite many improvements over the years, this approach remained largely the same. The screenshot below is from Mac OS 6 introduced in April 1988 (that's right, from Mac OS 1 to Mac OS 6 in only two years). Note the lack of icons next to the Control Panel option): 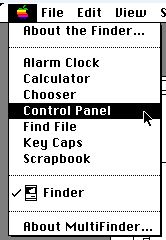 It wasn't until the launch of System 7 in May 1991 that control panels and preferences were separated into individual small application-like processes accessible from two folders within the System Folder. Custom folder icons were introduced to portray these and neither contained gears, cogs, wrenches or screwdrivers! Instead they used a 'slider' and 'dials' (or radio buttons). In the Mac OS 7.0.1 screenshot below note the folder icons for Control Panels and Preferences: 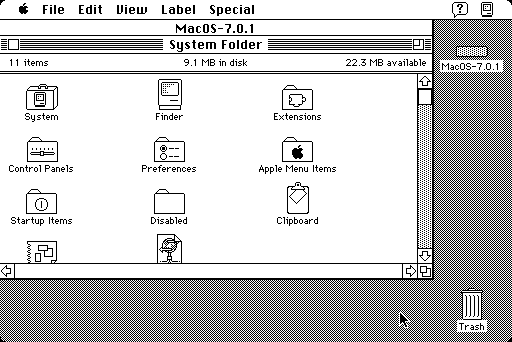 Mac OS 8 (launched in July 1997) updated these icons, but they were newer reflections of the existing ones. Note in the screenshot below that they're still folder icons using sliders and dials/buttons (not cogs/gears etc). This is important because Mac OS 8 was launched after Windows 95 which did use a cog/gear to portray settings (hence my earlier notion that it was probably the first software to do so). 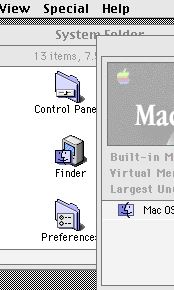 Going back now to your question of how many teeth it takes to make a cog/gear look like a settings symbol, please refer to this free online course covering the topic of designing gearbox icons as a way to portray options, settings, etc.

I believe the gear icon symbolizes opening something up to look at its "guts" to see how it operates on that inner level. Changing the direction of a single cog causes changes the motion of the next gear, and so on, meaning this is where you can make changes to how the system will work.

Since a tool is a device used to carry out a particular function, the common icon of two different tools (wrench and screwdriver) implies that this is where you choose which functions you want the system to perform.

Personally, I associate the cog with a list of settings with equal options of a or b (a gear only has two directions to turn), and the tools with more optional or add-on settings (since you may have a toolbox with multiple tools).

The gear symbolizes “the inner workings” of a machine.

The screwdriver in Windows 95 is not conceptual, it is literal. To get at some of the system settings, you had to unscrew the box and manually set hardware switches on the motherboard or a daughterboard, sometimes in concert with setting virtual switches in the Control Panel.

Origin of the Cogs Computer Icon

TL;TR but please bear with me for a brief history of the humble icon which has came a long way in a very short time. For those of us who have grown up in the modern age it may feel like this is a world that has never lacked for computer icons; they are ubiquitous. The reality is that the icon is a rather more recent invention with the first real icon based GUI only appearing for consumers in 1981!

It is worth noting that the word icon is derived from the Greek word eikon and literally means “image”. Iconography (the study of icons) has been traditionally associated with religions where icons are images of holy figures. Today, there is almost certainly more work done on icons in technology than icons in religion.

Xerox is credited with developing the first GUI (graphical user interface) in the early 1970s. This GUI was applied to the Xerox Alto; a research computer that cost an incredible amount of money. Only around 2,000 of them were ever sold and as such it wasn’t really a “consumer” machine.

However, the Xerox Alto would lend all its aspects to the Xerox Star which in 1981 became the first ever consumer release model to use icons.

The Macintosh was released in 1984 and the machine’s icons are legendary. The artist Susan Kare influenced the icons for this machine till Windows 3.0 and she said; "I believe that good icons are more akin to road signs rather than illustrations, and ideally should present an idea in a clear, concise, and memorable way".

Some common computer icons are taken from the broader field of standardized icons used across a wide range of electrical equipment. The standardization of electronic icons is an important safety-feature on all types of electronics, enabling a user to more easily navigate an unfamiliar system. As a subset of electronic devices, computer systems and mobile devices use many of the same icons.

The icons are visible concrete embodiments of the corresponding physical objects. The desktop and icons displayed in this first desktop model are easily recognizable by users several decades later, and display the main components of the desktop metaphor GUI.

learn more about icons and other forms of visual representation in computing and technology; please read Alan Blackwell’s book here which goes into much more detail.

Not the answer you're looking for? Browse other questions tagged icons settings symbols or ask your own question.

31
Gear icon vs. ellipsis (3 dots)
3
The best icon for settings, wrench or gear?

4
Why does the upload icon have a down arrow on cPanel?
3
Why the X is the symbol associated to the “Close application” action?
1
Why is Apple using the settings icon for showing more options?
0
Should the user's password field be included (with all the hassle) on the settings page?
1
Which is clearer - cog/spanner/wrench icon for desktop website settings, or a text label?
2
Does the gear icon mean settings, more, or edit?
1
Where is the best place for settings in a product with a lot of them?