What are the considerations in arranging things in an Android app when you want to have both Admob and an ActionBar (with lots of tabs)?

In particular, would it feel strange to have the ads directly below the action bar? 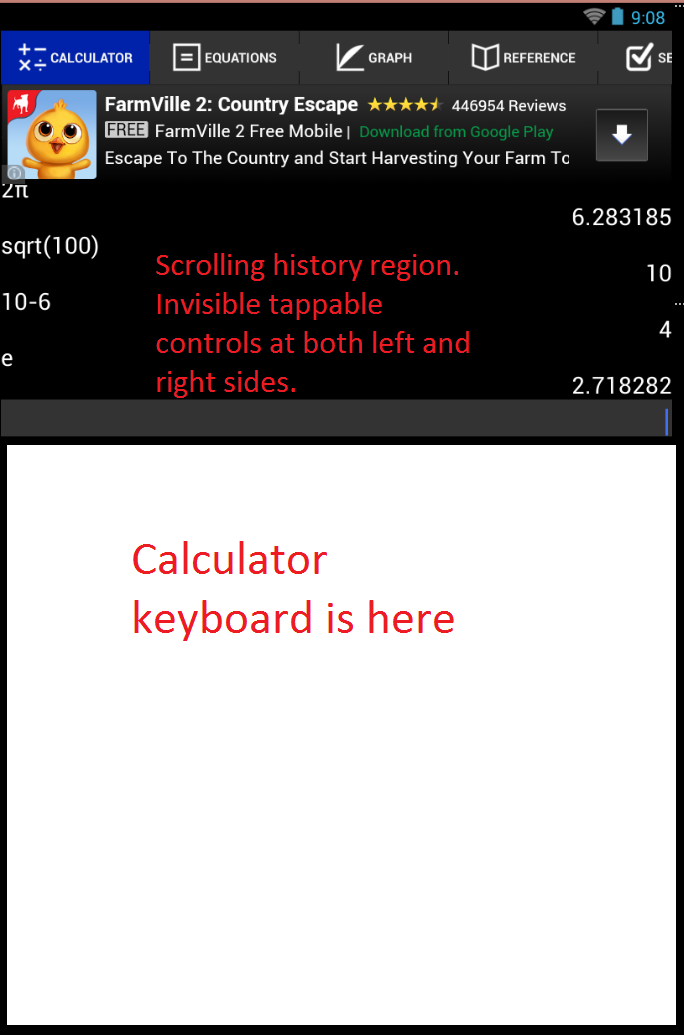 Assuming that the action bar is going to be used frequently, placing the ads there is very obtrusive. It means that every time a user wants to perform an action, they will be forced to see an ad - which tend to be flashy and unpleasant to begin with, so the prominent location will exacerbate that effect.

Purely in terms of the attention that the ads will get, that's a great location - they're right in the user's face. But this creates an aversive user experience, so it's very likely that users will just abandon the app in favor of a competing one that treats them in a nicer way. And having prime real estate in an app that's not being used is not very rewarding :).

Inserting the ads into the "working area" of the UI is something practiced by major sites, which provide valuable content to the users, so they can be sure that the users will put up with this (like ESPN below). But unless you can count on having a steady loyal audience, it's best to place the ads where they won't get in the users' way too much. 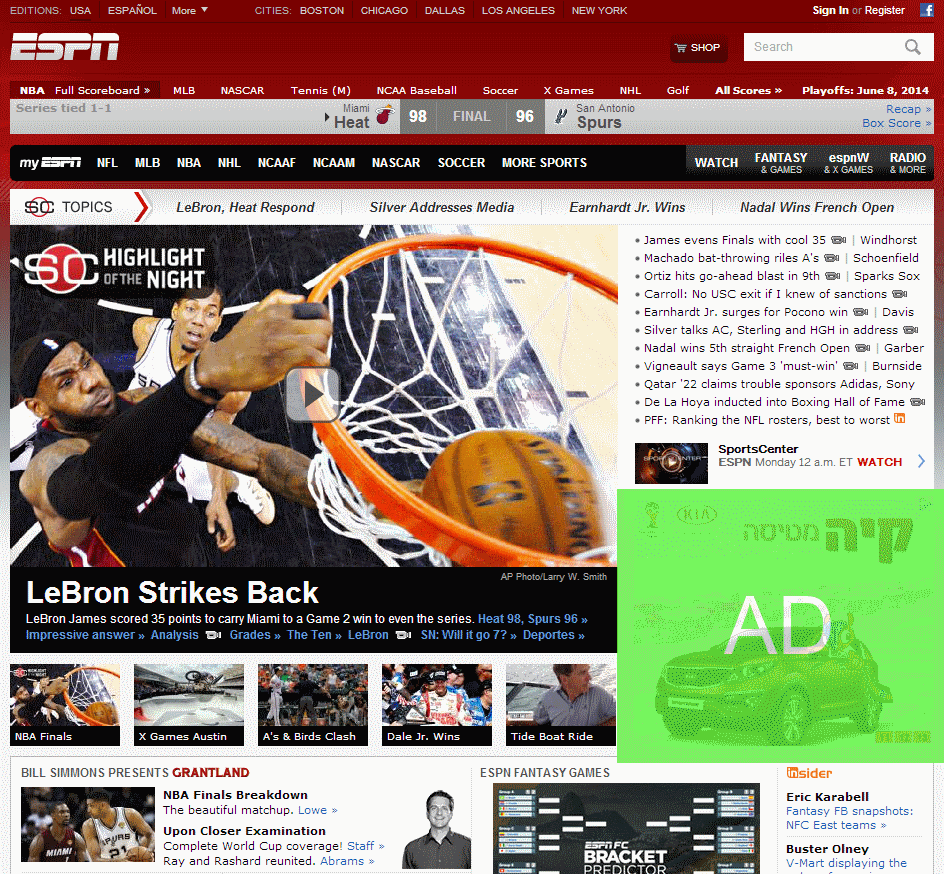 Not the answer you're looking for? Browse other questions tagged android tabs advertisement .

15
How to structure Android app navigation with many levels?
7
Porting an Iphone app to Android - what are the ActionBar considerations?
1
The rule behind Android app structure
3
Android: Bye bye menu button? Should I now force the use of an on-screen menu?
2
Android ActionBar design question - Are text "actions" ok?
2
Choosing between Tabs and ActionBar spinner
2
iPhone to Android - Sections & SubSections navigation
15
Android UX - when to use Tabs and when to use Navigation Drawer?
1
Where is the best place to put my AdMob banner that will minimize misclicks?