AZERTY-style keyboard layouts in France and Belgium have a dedicated key for typing the Greek small letter mu (μ). While not having a dedicated (μ) key, keyboards in Germany, Denmark, Finland, Iceland, Norway, and Sweden provide a means to enter (μ) using composite gestures. Why is this one lowercase Greek letter so significant?

By contrast, the keyboards in Spain, Portugal, Italy, UK, and Ireland do not have a (μ). Why is this one Greek letter so important to French, German, and Nordics? How is it considered part of a standard user experience? Why not the Greek letter pi (π) or some other letter altogether?

And why do the Italians, who are geographically closer to the Greeks than the French, not have that letter?

Update: Some people have asked what the link is with UX, well I thought that was obvious but if it is not then I will go beyond the scope of the original question and elaborate the technical problems that are at its base - this μ key and also some other special keys on European keyboards like the "squared" and "cubed" keys (which are not present on US keyboard layouts) give problems in Firefox browsers on the handling of the keydown event in JavaScript. AZERTY layouts is what I have been able to test from the European keyboards and it is here that I observe the problem.

While IE and Chrome produce some form of numeric key code, allowing to identify which key the user pressed, in Firefox this is "undefined" (it isn't even a numeric value). I find it hard to accept that the presence of such a key on these keyboards should not be questioned - if there were only 105 keys on a keyboard and a whole group of countries decide to standardize THE GREEK LETTER MU as one of them, there has to be a reason for that. There should be a good reason for that, and I'd like to know what that is.

If I need to write code to especially cater to these keys that Firefox refuses to identify, it will be at a certain cost. If I ignore the keys in keydown but handle them only in keypress there is also a potential inconvenience to my users in France, Germany, and the Nordic countries due to reduced functionality. Knowing why this region standardized on this one letter (even if there are only historical reasons) would help me to weigh these costs.

The mu character, µ, is used as a special symbol in many academic fields. Most known is probably its meaning for representing one-millionth (10-6). However, the character has many other meanings as well in measurement, mathematics, physics and engineering, computer science, chemistry, meat science, pharmacology, orbital mechanics, music, software, cameras and linguistics. Because of the wide range of use, it’s probably evaluated as a nice-to-have character on the keyboard, even if it requires extra effort to use it.

In the online game RuneScape the µ character, typed using Alt Gr + M, forced nearby players to log out. A handy cheat if you run into trouble.

The alternative graphic key Alt Gr was first introduced as a means to produce box-drawing characters back in the days when the space used for all characters where the same. You could then draw tables or other more advanced graphics using these characters even if it was very time consuming. This style in writing can still be seen in readme-files using simple text editors or Console applications with a fixed width character sizes.

It looks like linguistic more than anything else does where Germanic languages uses the µ but Italic (Latin), Slavic and Baltic doesn’t. From the image above, this looks true apart from UK & Ireland. 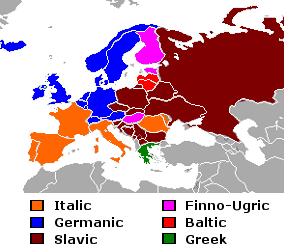 So why not UK & Ireland? One guess is historical reference starting with the Boston Tea party leading to the US Independency from the British Empire. However, that seems farfetched. Maybe because UK & Ireland keyboards only print out two characters (other than vowel accents) are the Euro sign, €, and the broken pipe sign ¦ where you use the AltGr key.

Nevertheless, does this mean that the µ sign cannot be accessed from a British keyboard? No, if you use a British keyboard you can still type µ using Alt Gr + M, it just isn’t printed on the keyboard. Often we find this “problem” on Apple keyboards as well, where characters are hidden rather than printed on the keyboard to make it look cleaner. Whether or not this is good or bad for user experience depends on context. However, if you use it a lot, you will learn how to access it – and eventually your muscle memory will help you.

For the reason why the µ was placed in the AZERTY french keyboard: https://fr.wikipedia.org/wiki/Micro_(préfixe_du_Système_international_d'unités) (wiki, french) mentions some sources. Indeed SI seems the most important motivation.

My translated summary: when the IBM PC was marketed to France, the engineer in charge of localization insisted that this symbol was included in the keyboard, with the reasoning that "it would be unusual that in the country which gifted the SI system to the world, we would be at the eve of the 3rd millennium and unable to use it with a PC".

17
Why is the caps lock key often so big on a keyboard?
11
Why do keyboard keys have (most) letters in top left corner?
7
Why do some keyboards extend the Return key up into the backslash?
80
Why do modern keyboards have Scroll Lock?
7
Why is there no standard layout for computer keyboards?
20
Why are the keys on a keyboard square?
2
Comprehensive sketch file for Material Design Keyboards?
4
Why are keyboard numpads on the right-hand side?
3
Why do we have both backspace and delete keys on most keyboards?
0
Why do France, Belgium, and Luxembourg use the AZERTY keyboard? What is the historical origin of this layout?