I am modifying a web application that manages services (residence and others) for elderly people.

At a couple of times, the place of birth / place of residence must be selected, and the previous user chose this approach. 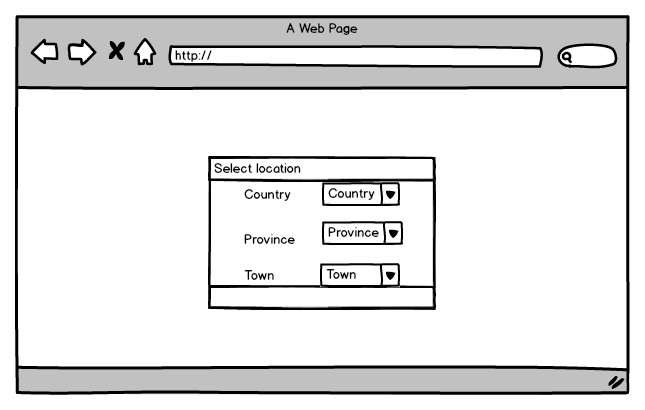 All fields are alphabetically ordered.

Alternatively, I was thinking of mixing all of the data in just one tree, with my country and province options already expanded at startup. 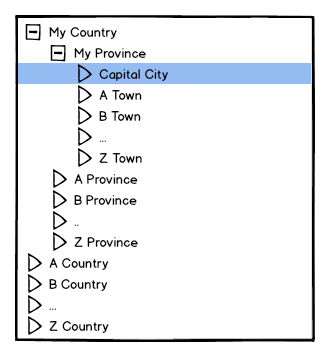 In order to make it shorter, I considered also a variation: 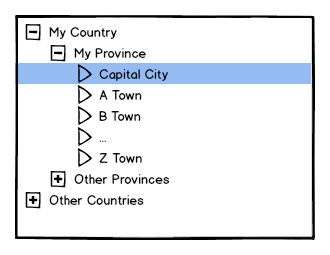 However, I doubt if it is a change too great and maybe I should stick to just switching the order or fields, specially since the current selects filter by keyboard input (if you type "FRA" it will restrict the list to "France") and the tree will not have this behavior.

As a third option, I was thinking of just using a select and mix all "leaf" items in the same list. It would be less clear to the user if he browses all the items, but could be more effective if he types the filter (in effect, making it behave more like a search field with predictive input than a select field).

As a secondary question, if I go with the tree: should I put the Capital City (and biggest city of my province) the first or should I leave it at the position assigned due to alphabetic ordering).

Some data that may be relevant:

Sorry for not stating that before, but I am spending so much time with this application that sometimes I forget that the rest of the world does not use it... The application is a webapp in our intranet, used by the workers of my organization that register the data from my organization final users.

The key for this problem is that most of users lives in your country, and province. So you have to make location selection for majority as easy as possible.

How about this one:

Not to mention you can guess user location using GeoIP, and ask whether you guess is right.

Not the answer you're looking for? Browse other questions tagged selection web tree or ask your own question.