When our app detects it is running on an iOS device that has been jailbroken (hacked to circumvent Apple's App Store and the In-App Purchase payment system), we replace our usual user-interface with a simple message. The message explains that instead of normal operations, this app is refusing to run. All functionality is removed.

How can I word this message? I want to avoid sounding offensive or accusatory, for two reasons:

Firstly, you should consider that you're fighting an uphill battle—if your app is popular enough, the other guys are probably able to patch your app to remove any checks you may perform.

If you do decide it's worth the effort, the first place to start is Apple's guidelines for alerts.

As with any other error message, you should include three things:

In this case, the seemingly appropriate behaviour according to Apple's guidelines is:

Jailbreak Detected
Your phone appears to be jailbroken, and so for security reasons [App Name] cannot be loaded.
[More Info] [Quit]

That having been said, Apple explicitly says you should not quit your app programmatically. Since your app is apparently non-functional on jailbroken devices, I'm not sure what alternative you have to a Quit button. Perhaps a deliberately non-functional version of your app's starting screen (in which case the button just becomes OK).

In my example, the More Info button would take the user to Safari with details of your justification, and—importantly—instructions for how the user can report a false positive to you.

For completeness, here are some other examples of a similar message from other apps (including one from Apple's iBooks): 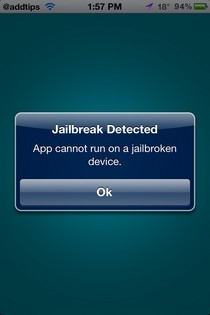 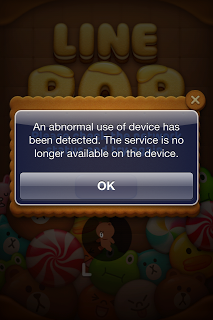 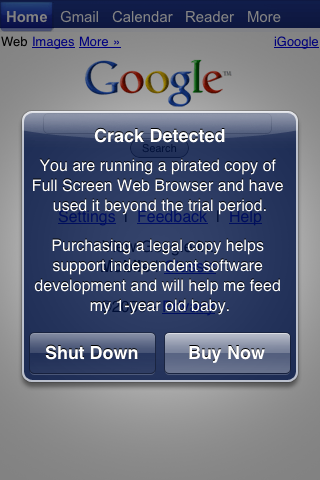 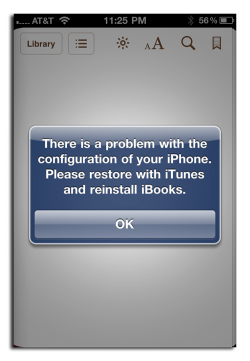 And here's a pretty familiar one from Microsoft that is deliberately worded to avoid being too accusatory toward the user: 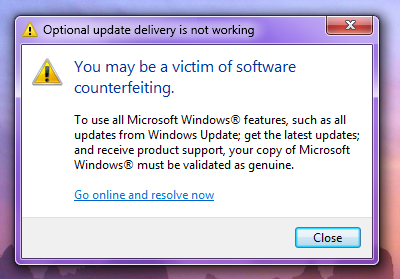 Not the answer you're looking for? Browse other questions tagged error-message or ask your own question.