labels validation
Share
Improve this question
edited May 19 '14 at 14:39 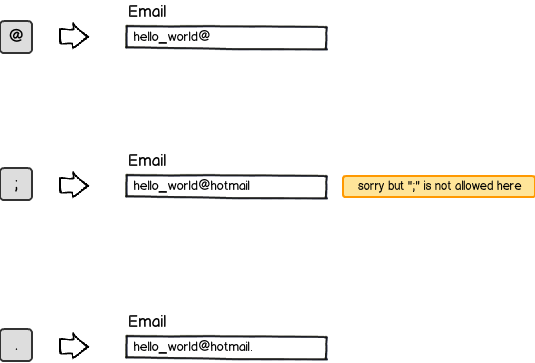 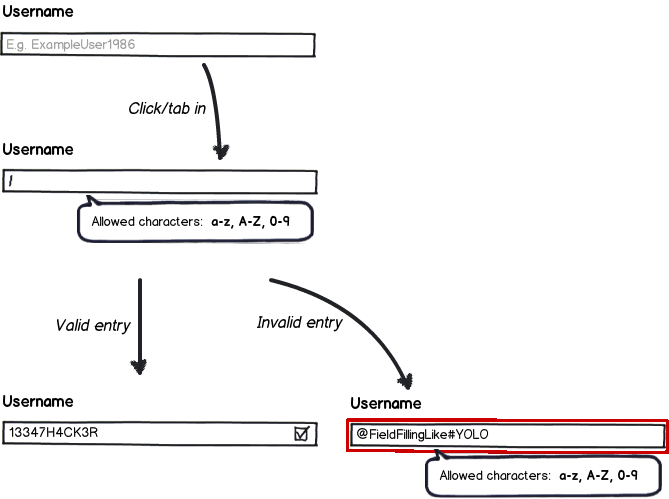 4
For non-special-character textbox, should I use inline validating message or block users from inputing invalid characters?
1
How to state valid characters are alphanumeric and 'all keyboard symbols'?

6
How should one communicate invalid/valid telephone numbers?
0
Should commas be placed between characters when listing valid values for an input field
1
How to illustrate a "saved, but incomplete" state
2
How to clearly differentiate sort by creation vs sort by comments
3
How should one phrase an error message telling a user that only ASCII characters are allowed?
0
How to handle form validations when the Cancel button can lead into an incorrect state?
2
When and how present a warning message when fields are not valid anymore?
5
How to indicate to user that a field is not optional, but that a blank value is considered valid input?
1
How to state valid characters are alphanumeric and 'all keyboard symbols'?
1
When should the valid visual cue be shown to the user on a pre-filled form field?