How to indicate a Male choice / Female choice of identical content

I'm working on an app that will be used for therapeutic purposes.

I originally only had the record show once (kicking off the male voice by default) and allowed the user to select the female voice after the track began playing. This (for obvious reasons) was a bad design.

I've now changed it to show both records at the same time, and allow the user to select either the female voice or the male voice right from the start.

Now I'm struggling with the UX design on how to best display to the user exactly what's what.

Here's a screenshot of our navigation drawer.
Notice the duplicate "Abdominal Breathing Exerciser" entries. One is [M] and one is [F] 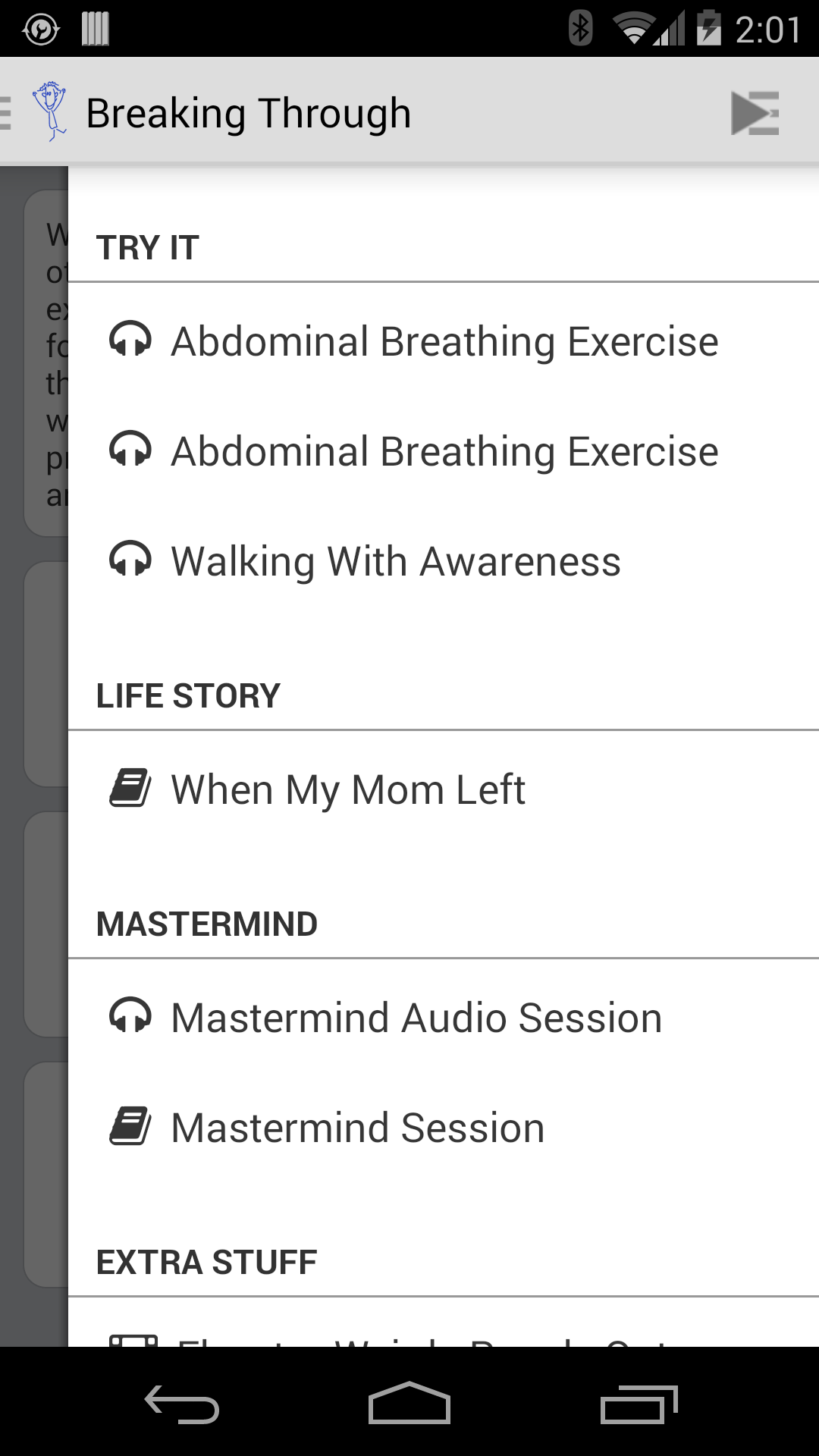 Rather than allowing the user to select male or female voice at a track level, why not allow them to set it once for the whole application?

If you are choosing a default for this, I think it makes more sense to have a female voice as the default, as it is commonly understood that people of both sexes respond better to female voices (hence the female Siri, the default voice in Microsoft speech is female, and every elevator with a voice announcing floors).

Modal through into a view that allows you to pick male or female voice. Keep a button in the listening view so that they can freely change the voice whenever they want to.

As @franchesca said, use female as a default because both sexes respond better to female voices.

Not the answer you're looking for? Browse other questions tagged interaction-design mobile-application gender or ask your own question.

55
Default gender, "Male" or "Female"
3
Best way to represent gender
1
multi select option in iOS app - how to design the multi select button
5
Should dropdown list option be removed if the options cannot be repeatedly selected?
1
One interface for adding users to groups and groups to users
0
How can I design an "analog" reminder scheduling system for a mobile app?
2
How to handle a favorites page?
0
Best practice for multiple select categories
37
Order of "female" and "male" in survey form