Should a dot or period (.) get italicized?

When do we italicise the dot (.) or period symbol, does it actually change the (.).

Can anyone tell just by looking at the example which one is italicised? And does it matter? Same for colon (:) and an underscore (_).

Italicized? Depends. You first have to understand what an italic is.

Does a dot or period (.) get italicized?

Oblique: If a type designer converts roman letter shapes into a oblique by slanting all shapes, then yes, the dot and all other shapes are slanted. But the designer may choose to alter some glyphs as he sees fit. A: Different, exceptions may occur.

Faux italic: The browsers code responsible for converting the roman into a italic will transform all the characters with the same matrix. A: Always different.

All this matters if you care about typography. At small sizes it's hard to tell the difference between dots. Most people won't ever notice. More people will notice if it goes wrong!

Most roman and italic fonts within the same family have different punctuation shapes. This is because the design principle (concept) of the roman or italic dictates the shape. True italics are based on handwriting. Oblique is based on the roman font and transformation matrix. If a principle is applied than all glyphs will look different.

Yes, design different shapes. Yes, you have the freedom to make exceptions. It's not wrong to copy some roman punctuation into a italic font. When it looks fine, it is fine.

Yes, it matters. In many fonts the italic period has a different shape than the normal period. It might not be visible at small sizes, but at large sizes the difference is hard to miss.

In order to find out which fonts italicize the different punctuation marks, you would have to investigate each. However, in most fonts everything, even quotation marks and the like, are italicized.

Can anyone tell just by looking at the example which one is italicised? 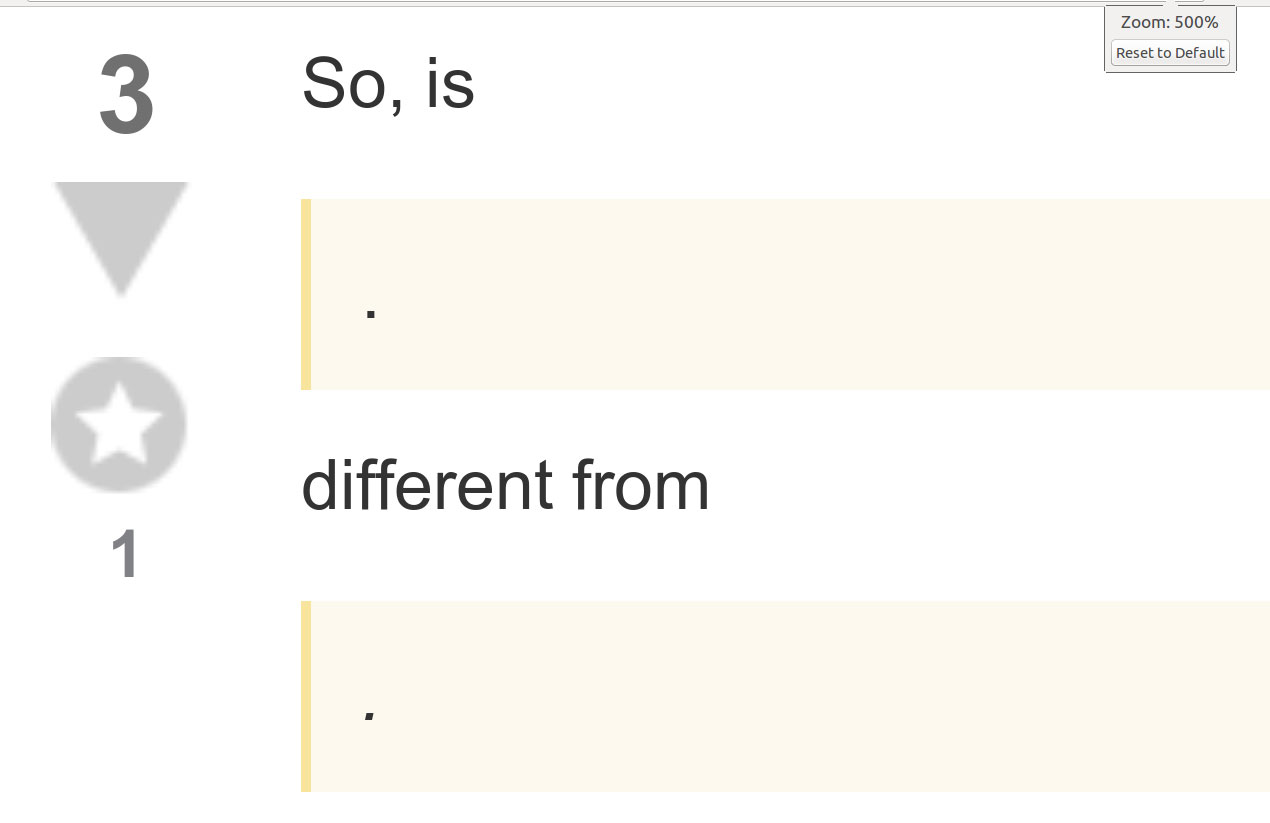 As stressed, such italicization has substantial influence when at a larger size.

Another way to think about this,

This may be a single change for someone to make with a style sheet or otherwise, they could reusability expect the text to still look correct.

Therefore I think it is important in lot of cases to end the markup at the correct place even if the result looks the same.

Here is a composite screenshot showing how the "FULL STOP" character is defined in Droid Serif Italic (black outline) and Droid Serif Regular (red outline). I took two screenshots from FontForge and combined them in an image editor, taking care to align the character coordinate systems. 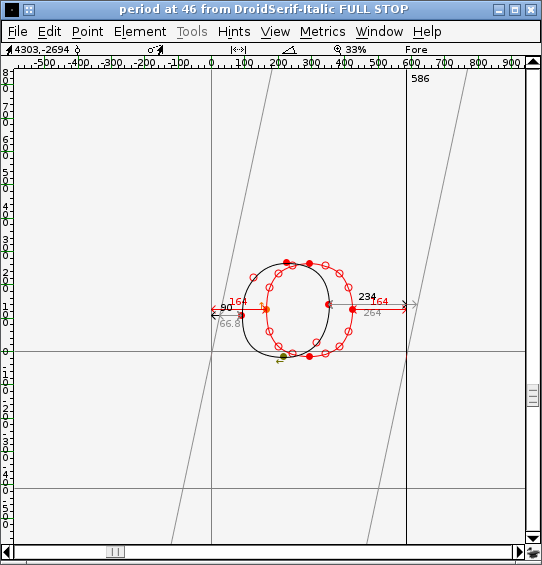 In this case, you can see that not only is the italic period not quite the same shape, it's also going to be placed differently with respect to the characters around it. That can readily be seen at this 100% screenshot of 72pt text taken from Libre Office Writer. In the first sample, the full line is in Droid Sans Italic; in the second sample, the letter "l" is and the "." is in Regular; and in the final sample, the full line is in Droid Sans Regular. Since "l.l" is not really a well-motivated piece of text I don't think your aesthetic reaction (or mine) to this sample should say too much about whether it's "good" or "bad", but it certainly shows that the different bearing in the two fonts is important.

17
What fonts are good and which ones should we avoid for our application's UI?
5
Which free font should I use to write code in my text document?
6
Should font styles used on a website be the same as logo?
4
Should Font Faces be the Same Across Different Devices?
18
Should colons be styled in the same way as the preceding label is?
1
What should be emphasized - description or the hyper link?
6
Should I use different minimum font size depending on locale?
0
Should non-system fonts be avoided for website/general copy?
2
Should your font size change based on size and orientation of the device?