I remember, on virtually every installation of Windows XP, I had to go hunting for the config that showed the volume icon. This was quite frustrating to me, and although the issue is quite old, I would like to know why they did this! It doesn't seem very user friendly to me. 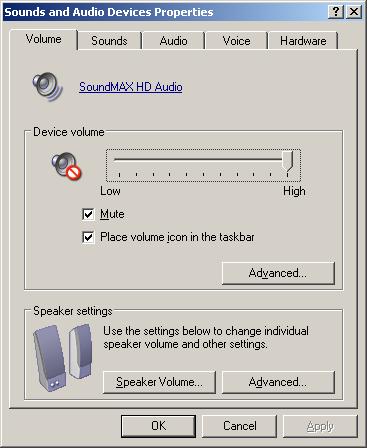 From Microsoft's own support page:

The Volume icon is not displayed automatically when you first install Windows XP.

This was a break in previous versions of Windows, and I don't believe they have repeated it in newer versions (although they removed the whole start menu in Windows 8!) So:

Why was this turned off by default on Windows XP installations?

The control icon wasn't as useful back in the Windows XP day since volume control was often done through the speakers hooked up to your desktop. It was far less common to have audio devices connected that didn't have volume control than today.

These days we often have a variety of devices we connect to our computers that do not have independent volume controls, thus requiring more prominent visibility of volume controls on the OS.

We also have to remember that it has been more than 10 years since XP was first released and desktops ruled. Today our laptops, keyboards and USB devices have controls to raise and lower the OS volume. But we also have multiple devices that we tend to connect.

Volume control is still there on Windows 8, in the tray. Otherwise, you can hit Win and type Volume and hit enter to launch the volume control.

Not the answer you're looking for? Browse other questions tagged gui-design human-interface-guideline or ask your own question.

12
How to best represent a ToggleButton (representing on/off) with the ability to be locked
2
Useless IE context menu option
2
Presenting a list of sequential actions in a Windows application
2
Improve form design for more efficient editing/browsing through data
2
Redesigning workflow of bidding application to reduce cognitive load
12
In Google Maps, why did Google use back arrow icon instead of "X" close for search results list when its clearly a layer on top of the main interface?
3
Modal Windows on Large Screen: Align dead center or from the top of the screen?
3
What's the best way to work with master/details when inside a tabbed control?
3
Global functionality placement on Material Design
20
How to overcome feature blindness