I've noticed that many big companies stopped using skeumorph graphics: Microsoft completely removed any glass-style look of Windows 7 and switched to a flat, "digital" and artificial look in Windows 8 - and Apple wants to remove all the wood / paper / texture style look from its products soon or already did in iOS 7 for example.

Many products running on those systems followed to fit the new design and I saw many programs losing their skeumorphism too (which sometimes had pretty poor results).

Is it a good idea to continue my skeumorph design? Don't people expect to see a non-skeumorph design in a new version and think "that's still such an old program" if there are still all my fake wood and paper textures?

No, skeuomorphism, as a UI tool, is used as much today as it always has been.

What has changed are visual design trends. Though related to skeuomorphism, it isn't the same thing.

The term skeuomorph isn't a well defined term. I'm going to borrow the image from Trevor's deleted answer (which, BTW, I think is a very valid answer) 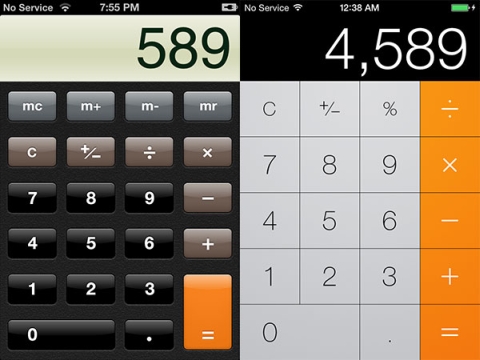 Where I usually find people getting confused is the mixing the concept of using skeuomorphs with the particular visual aesthetic of the UI.

Using the example above, I'd argue that:

Flat design is a visual aesthetic. It's a form of decoration. Skeuomorphism can be that, but it's also much more.

Another way to put it: a drop shadow on a button is an element that can be considered a skeuomorph in and of itself. But removing the drop shadow does not mean you aren't still using a skeuomorph--namely the button.

Your question is asking if you should use 'fake textures' and the like. That's an aesthetics question. Trend wise, there's less of that particular style these days. However, a misconception of 'flat design' is that they got rid of these 'realistic styles' completely. That's not true. Let's take an iOS7 modal view: 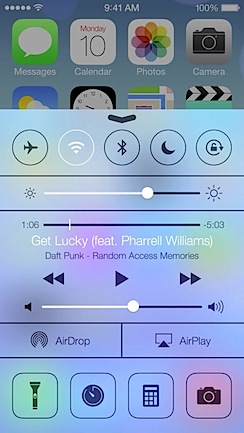 Though you don't see fake wood grain and drop shadows, it's still borrowing from real-world elements. The overlay background is emulating frosted glass, allowing portions of the background to appear with the refracted light look of real frosted glass.

For every action, there is a reaction. And in the world of digital design, flat imagery is cropping up more, in part as a reaction against skeumorphism.
But flat design is a serious respond to the problems which comes with the skeumorphism design.

Flats growing also with it's responsive looks. With all the new mobile devices, flat is growing more than any other design standards. If you are interested in a very detailed article, take a look to this article: http://uxmag.com/articles/a-look-at-flat-design-and-why-its-significant

EDIT:
Just found another great article about your topic. It describes, what happend to realistic designs today. http://venturebeat.com/2013/09/11/ios-7-windows-8-and-flat-design-in-defense-of-skeuomorphism/

I don't think its a bad idea to continue with skeumorphism, but it does depend on the business space and users of your product. If your competitors are moving more in the flat direction with their designs a skeumorphic may 'look older' in comparison. But you also need to consider the benefits of realistic/metaphorical designs, they can be easier for some users to actually use since components mimic realistic things that users are used to - like buttons.

Keep in mind that the this flat trend is more of a style choice however, most of these flat designs still use the skeumorphic paradigm or at least bridge the gap. Most "flat" designs still use skeumorphic patterns and metaphors; buttons, radios, checkboxes... etc to represent interface components, they are simply skinned with a more "modern" and "flat" style.

Also, flat design doesn't mean to get rid of your fake wood patterns and paper textures, you can still use them, just abstract them more - @dTDesign dropped a great link (http://www.flatvsrealism.com/) that you can use as an example.

The total failure of the Windows 8 Metro interface, also known as "the annoying square things" (in my opinion, based on limited user feedback, the most hated windows version ever, including Vista) while all the cool designers praised its polished new "graphical" look (most praised interface ever) may give you some hint on a possible answer to your question.

Go with your users, not the trends.

(Only) if green grass and stones feel relaxing, useful and understandable in your interface, don't be afraid to use them. If they give "pretty poor results", don't.

I don't mean you have to turn the mouse into a postal stamp or an airplane, to send an email, and I hate "page turning" (grabbing the page corner with the mouse), so I am not an advocate of skeumorphism in general, I like flat designs most, I am just an advocate of making (in ANY way, eventually including skeumorphism) users understand at a glance what they need to know to feel comfortable in your interface. If your app is dealing cards, doing it on a green "table" is fine.

The funniest thing, is that before Metro was known to be a flop, all the designer community started to cop.. - cough - take inspiration from it, so Android, iOS7, many websites, even G Maps, have traces of the new trend in them. Many started changing fonts and using random colors and meaningless squares in their interfaces, starting the most annoying interface trend in history...