Why are the controls opposite/inverted when flying in a game?

In a game, we would normally use the directions in a normal way to move, i.e. "up" for move forward, "down" for move backwards, "left" for left, and so on.

Although, when we play a flying game, why are the controls opposite, so "up" is down, and "down" is up, "left" is right, and so on.

How does this effect come naturally when we play it?

In an actual plane, the steering column isn't really pulled up or down. Instead the pilot pushes the steering wheel or joystick away to dive, and pulls it towards him to pull up. Same goes for games which you control with a joystick. You push it away to go forward, and back to go backward.

This forward and backward motion is most probably why inverted controls are intuitive for flying in a game. Leaning forward makes your body face towards the ground , leaning backward lets you face upward. This corresponds to the mental model we have of flying a plane and the associated tilting of the plane itself.

Here is a nice explanation from What Grinds My Gears:

Flight simulators were one of the first three-dimensional PC games where the mouse could be used as a controller, to control the orientation of the camera (in other words, the airplane). The most natural mapping of the mouse axes to control the "aircraft" was, of course, to simulate the movement of the yoke (the "control stick" of an airplane), in other words, moving the mouse forwards would be equivalent to moving the yoke forwards, which would make the airplane (ie. the camera) pitch downwards, and likewise pulling the mouse backwards would be equivalent to pulling the yoke backwards, making the airplane pitch upwards.

Therefore, given that the "joystick" comes from aviation, it stands to reason that its application in aviation games, and "flight mode" in first-person games, would include the "inverted y-axis" as an option.

I believe that comes from how actual planes are controlled. If you pull back on the stick, it pulls the elevator up, which causes the plane to go upwards. I think the same thing is for the side aileron controls, pushing left causes the left aileron to move, which makes you move right.

The controls are opposite because that is how the controls work on a real plane. If you want to point the nose up you pull back on the stick, and if you want to point the nose down you push the stick forward. When I was a kid this made no sense to me, and I thought someone down the line was an idiot, but if you are in a plane, it makes a lot of sense. If you put the nose up you will be pushed back into your seat (good 'ol gravity). Now if you have to push the stick forward for "up", you'll be fighting gravity and have a harder time flying. The same goes for putting the nose down; it's easier to control the stick by pushing it forward than it is to attempt to pull it into your chest while gravity is pushing you right into the stick.

It takes getting used to, but after a while it becomes second nature, and as a gamer user I can tell you the experience of flying with the controls not reversed is very unnerving. Not everyone agrees of course but that's why you always want to include the option to invert the controls. The most customization provided to the user the better.

The answers here basically say, "because that's how the controls on a plane work."

The yoke has two degrees of freedom: rotational and telescoping. It does not move horizontally or vertically. To pitch the plane up or down, you control the elevators by pulling or pushing the yoke towards or away from you, respectively. It's natural, in that if you lean your body forward, as if wanting to go down, then the nose points down.

Even in airplanes that are controlled by a stick… 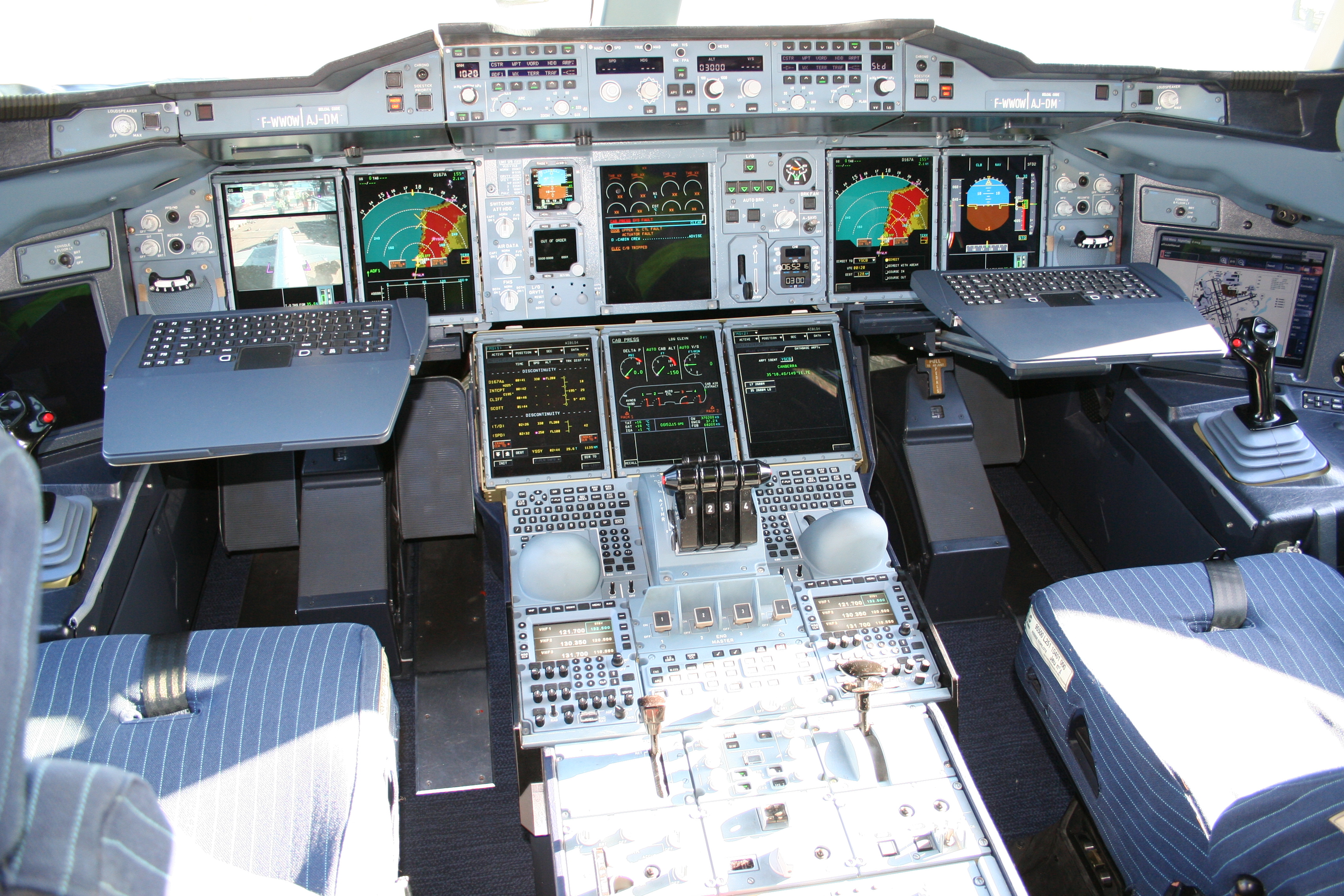 … the convention remains the same: push down, pull up. Taken out of context, though, it would seem that the convention for the joystick is backwards.

Actually, what you feel when flying is opposite. When you go up you feel yourself getting pressed down, that's pushing the joystick forward. When you go down you feel like you are falling, that's when you pull the joystick towards yourself. I imagine the joystick is inverted to be more natural to understand the forces acting on your body in real flight. It would be interesting to look at early airplane designs, it might be inverted y because of the mechanical design of the first airplanes. Maybe it had to be like that

6
Should you use both the accelerometer and the touchscreen in a phone/tablet based game?
2
How do I make tablet ported game controls feel "native"?
87
Why is the "Record" icon always round and usually red?
7
Why are most game controllers left handed?
3
Differing behaviours of the previous song button
1
What ways are there to teach users the rules to a game?
0
Menus Depth in Mobile Games
1
What to do if the requirements for an action are suddenly not met anymore?
2
Conformity vs. complexity (gamepad/controller layout)
0
how to introduce new features to players