Make it clear a capture was taken

We are developing a software application to control a medial device. It is used for capturing images, which are then then analyzed. The operator of the device has to manually align the device in three axis, and this is not trivial to do. To do this, the operator looks at the computer screen which shows a live feed of the camera inside the device. The feed shows some guides to help with alignment overlaid on the feed.

The operator can manually trigger a capture using a button on the joystick of the device, after which the live feed basically freezes so the operator can judge if the alignment really is ok. We call the screen with the live feed the 'scan' page, and the screen with the captured still the 'accept' page. There are only very small textual changes in the screen at that moment: a string at the top left changes, and the label on a button in the lower-right changes from 'Scan' to 'Accept'. However, because the user triggered the transition manually, this has never been an issue.

Recently, we developed a feature that allows the system to automatically capture an image as soon as it determines that the alignment (and some other parameters) is ok. If that is the case, it will automatically transition to the 'accept' stage with the frozen image. In our hallway testing, this turns out to be a very weird experience. Most of our testers say that they think the application just froze and was broken.

We have tried to fade in a text (in a decent font size and with good contrast) over the bottom of the image saying "auto captured" and fade that out again after a few seconds. Nobody noticed. We tried introducing a flash effect, but that just looked like flicker (and, not supported by testing but in impression, seems to only enhance the impression of having a broken application.)

So... We are looking for suggestions on how to make it clear to our users that the application did in fact not freeze, but simply assisted them to get the best image possible. Any ideas what else we might try?

For clarity: the application itself runs on a normal computer, which may or may not have sound enabled.

A shot in the dark but anyways :)

My guess is that your users "feel" that the application crashed because, once the still has been taken, the Accept Page substitutes the Scan Page, which implies 2 issues:

Since having modal screen is discouraged in most cases, I would suggest to dedicate an area of the screen to the Accept Page without hiding the Scan Sage, like the mockup below. 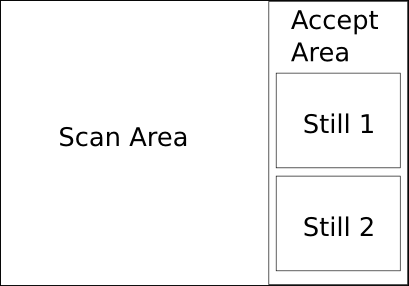 Every time the machine takes automatically a still, you can use a shutter/flash and an animation to show that the still goes to the accept area. This way,

Then, it's up to you where you put the Accept Area and how you organize it.

You could combine your flash with a camera type "click" sound to indicate capture, but I don't know if your particular equipment supports sound.

Perhaps there is a way that you can expand upon the flash idea though. How about making an animation that mimics a mechanical shutter closing and then opening again, something like the image below?

Since Animation looks like it will also be complicated, how about doing a simple graphic overlay to indicate that the mode has changed? From your use case you don't want anything that may obscure the actual image, so how about adding film roll graphic top and bottom of your still image? 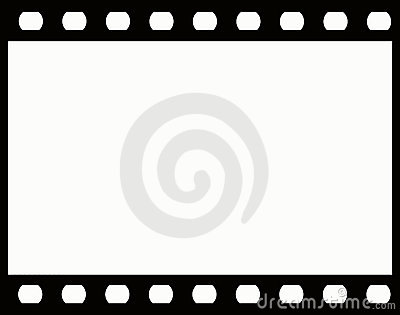 10
Showing how many users voted that a comment was helpful
7
What kinds of personality archetypes are taken into account when designing an application?
7
What is the best format to capture addresses for a universal user-base?
2
Progressive Profile Capture
2
Defining usability: Is there a clear terminology structure for different methods?
1
Clear and Done action in Filter
4
Need a pattern to capture multiple data sizes
8
How to make perfectly clear that a user can interact with an avatar image?
0
For an unknown number, what text should I put to make it clear that data is missing?
1
Pattern for adding information to a request that was submitted