It'll very likely only ever be a desktop app. However, the project team were concerned that they didn't want to produce yet another boring winforms app and so took an effort to go down the 'metro' route.

The Windows guidelines for Desktop Apps seem to be quite particular about how controls are supposed to look and allow less room for creativity yet provide a familiar set of ui, the Guidelines for Windows Store (or Metro) Apps on the other hand are looser and have no defined set of ui controls, you basically create your own controls, as long as it looks like a metro app is what I'm getting.

What are the advantages and disadvantages of either route and which is more scalable, user-friendly and makes more business sense.

First you have to keep in mind that these are only guidelines. They aren't in any way meant to be restrictive, they are meant to ensure that the end user has some consistency when switching between apps.

Comparing metro vs desktop, desktop is far more open. Metro goes for the big letters and swiping motions to go through the various sections of the application. Within the sections, some apps also have slide out menus that pop out from the left or right. But usually the options are found by sliding the bottom up. Menus on the other hand for Desktop are essentially as we are used to seeing since Windows 95.

Here is an example of what the app would look like if laid out fully: 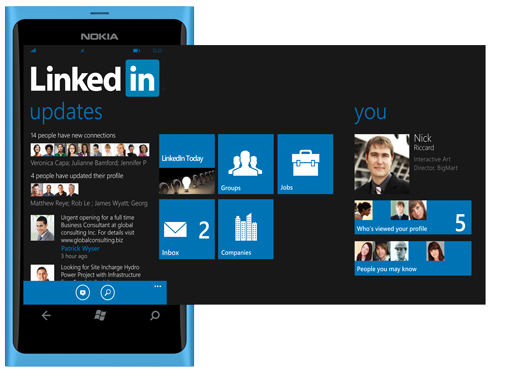 Essentially the app is meant to be consumed swiping left and right. The experience between Windows Phone, Windows and Xbox itself is the same.

With all that said, it really depends on who you are looking to target. I personally love and prefer the metro design. It is very easy to use and it flows quite well. I am used to desktop apps but those are often preferred for more power applications. Your app can either be very simple which Metro would be best suited for or can have so many customizations that desktop would be the way to go. If you are also looking to target consumers that may not be on Windows 8, desktop will also be the way to go.

You have to remember that typical actions on Metro like a mouse click doesn't do the same thing on desktop apps. In fact on metro right click brings up the bottom menu whereas on desktop it brings up a contextual menu from that location.

The tighter guidelines for metro are well worth it for users who use Windows 8. The Windows Store is additional distribution for you and will definitely be worth your while. The only question for you is whether you are comfortable learning something that may be new.

Not the answer you're looking for? Browse other questions tagged desktop-application windows-8 metro data-analysis or ask your own question.

3
Alternate to nested tab controls for a windows desktop application
8
How will the Metro user interface improve the desktop experience?
2
What are all the ways I should let my users invoke the toolbar in a Metro app?
8
What lessons can we learn about Metro UX from Windows 8?
1
Time-consuming "Request - response" steps in desktop application
6
Does Metro scale?
16
What are the UI/UX guidelines for data heavy modern style Windows apps?
2
Are there any guidelines for desktop app design for a Windows Desktop Tablet?