Make image clickable to change it or add dedicated button

I have a design question for iOS development. I am building this app where a user can set a profile picture and also "before/after"-pictures. From a design perspective, I wonder whether it is a good decision to make the images "clickable" as I display them on the screen so that the user only needs to tap on the image and then gets the possibility to change it or if it makes more sense to provide a dedicated button saying something like "Edit picture" / "Edit",... Maybe even do both? I am just wondering about the reasoning that each should be considered when deciding to go for the one or the other option...

In Android there's no separate button which says "Edit Picture". You tap on the image to add a photo. But on iOS and some other mobile apps there's an "Edit" button available.

I'm an Android user and I didn't find any problems with the missing "Edit" button. But as @jgthms mentioned in some cases people will interpret this as a "View Full Image" rather than "Edit".

I personally think adding the text "Edit" will look ugly on a mobile app so I suggest something similar to Facebook. Like this, 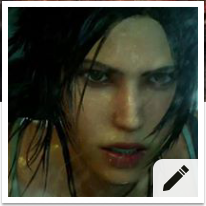 Not the answer you're looking for? Browse other questions tagged ios iphone image ipad or ask your own question.

22
Which is more likely to be read and processed: (related) text placed above or below an image/video?
4
In a blog article, how to subtly hint that some of the images link to bigger versions?
14
How to make a button look disabled
1
Add play button / youtube logo on thumbnails?
7
How to modify an image to make it clear it's an image (and not a clickable button.)
1
Is pre-loading images a good idea in my case?
4
Are iOS iPhone tabs + context-dependent side menu the right choice?
3
How often should you change out a hero image?
2
Android app: informing users that an image is clickable
4
How to communicate that an image is clickable without explicitly telling that it's clickable?